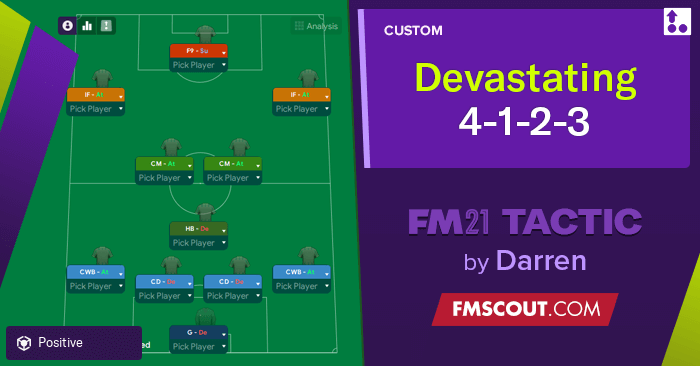 Here is one of my favorite Retro tactics in Football Manager. This 4-1-2-3 Tactic is an iconic tactic from FM16 and it was created by Darren and it got me huge success with Margate in 2016 and we got multiple promotions from the Vanarama Conference to the Premier League and later. It’s a high pressing tactic with hard tackling and this creates high ball retention for the team.
According to Darren:


The system is based around the popular 4-1-2-3, or 4-5-1 as some prefer. The two central defenders and half back are a security blanket, your shield in front of goal...
…it’s a bit chaotic with complete wing backs bombing on the overlap, two attacking central midfielders making late runs into the box, a false nine pulling defenders away and two marauding inside forwards with the freedom to do as they please. 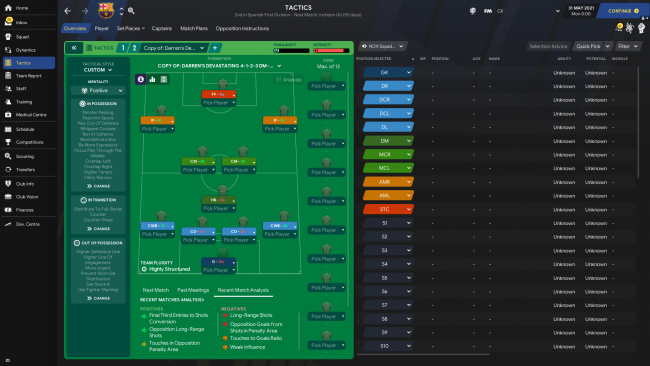 CD – central defender (defend) – typical central defenders as ever, tackling, positioning, strength and heading are key attributes, try and avoid slow centre backs as you can be in danger of the counterattack and passes over the top.

DM – half back (defend) – This guy can drop back to form a three-man defense or act as a
shield in front of your defense so he needs to tackle, head the ball, mark, and pass. Defensive attributes are best, but an all-round midfielder would be ideal.

CM – central midfielder (attack) – The complete midfielder would be ideal but players with great physical ability and good speed are best, both CM’s are instructed to get further forward and dribble more as well as move into channels. They must be able to pass and the better they are in front of goal the more they’ll score.

AMR/AML – inside forward (attack) – lots of goals and assists from these two players, they have a lot of freedom and you need someone who has vision, flair, speed, dribbling and finishing ability. Also, off the ball is important as the ability to be lost in the box will make scoring easier. The better these two are the more success you will gain and magician dribblers are preferred.

ST – false nine (support) – Possibly the hardest position to fill. This guy must do it all, he needs speed, dribbling, flair, and the usual finishing attributes. Off the ball is very important as is anticipation but don’t underestimate how good passing should be, this guy needs to pick out the inside forwards.

I tested this tactic with three teams in the English lower leagues, Portsmouth, Forest Green Rovers and Exeter City. All the managers have Continental Pro License and global playing experience. I did not disable injuries in this save, but the transfer responsibility is given to the Director of Football. This should allow the teams find suitable players that fit into the tactic. Given their limited budget, they may not sign too many players. By mid-season the Portsmouth manager got sacked, while Forest Green and Exeter found themselves in promotion places in League 2. I decided to try the tactic with a big teams. So, I’m testing it out with Barcelona, Valencia, AC Milan, and Roma. We’ll see how they do Mid-Season and at the end of the season. 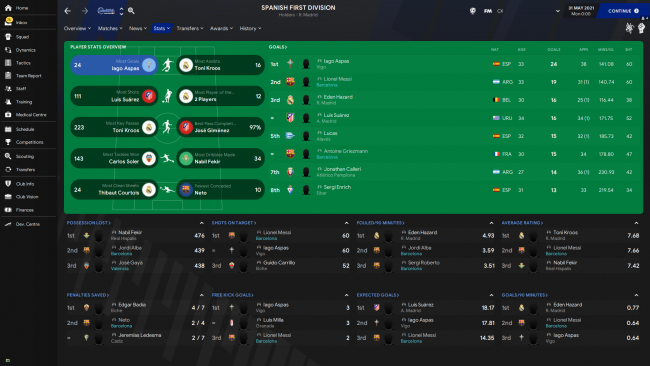 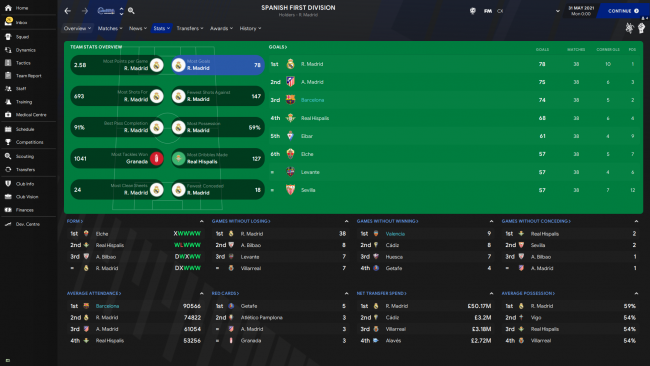