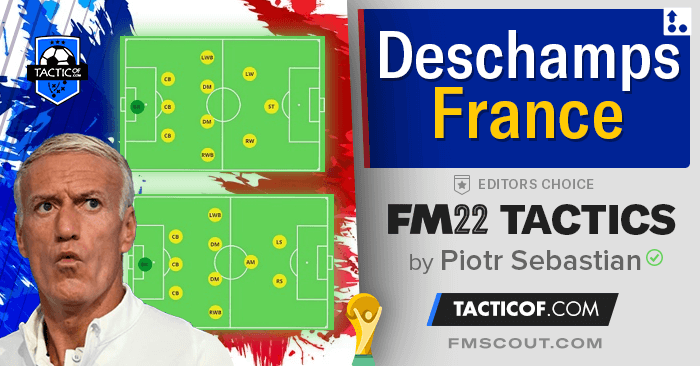 In defence they use high but narrow pressing aiming to get the ball back as quickly as possible and move to the counter-attack.

In the defensive third France tries to mark tight one-on-one while the wingers move forward to put pressure on the rivals’ defenders.

3-4-1-2 proves to be most effective in recovering the ball in the middle third.

After gathering the ball France tries to launch a quick counterattack but its intensity depends on the situation (where the ball is recovered, the result of the match…). However their attacking pattern remains the same regardless of the situation.

They create danger mainly by playing through the lines, bringing the ball as quickly as possible into the offensive third.

The other repeated pattern of play for Deschamps’ team is a progressive play through the middle. When their wingers are well covered by their rivals they gain free space in center. 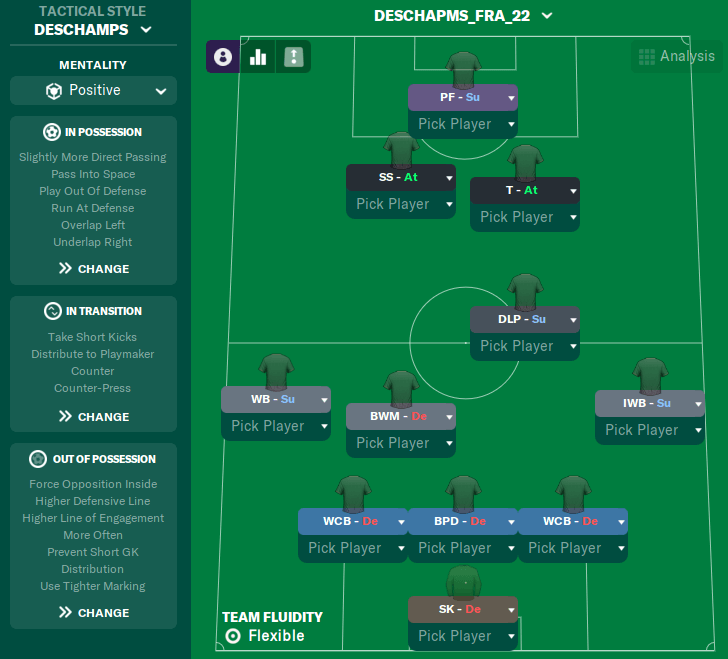 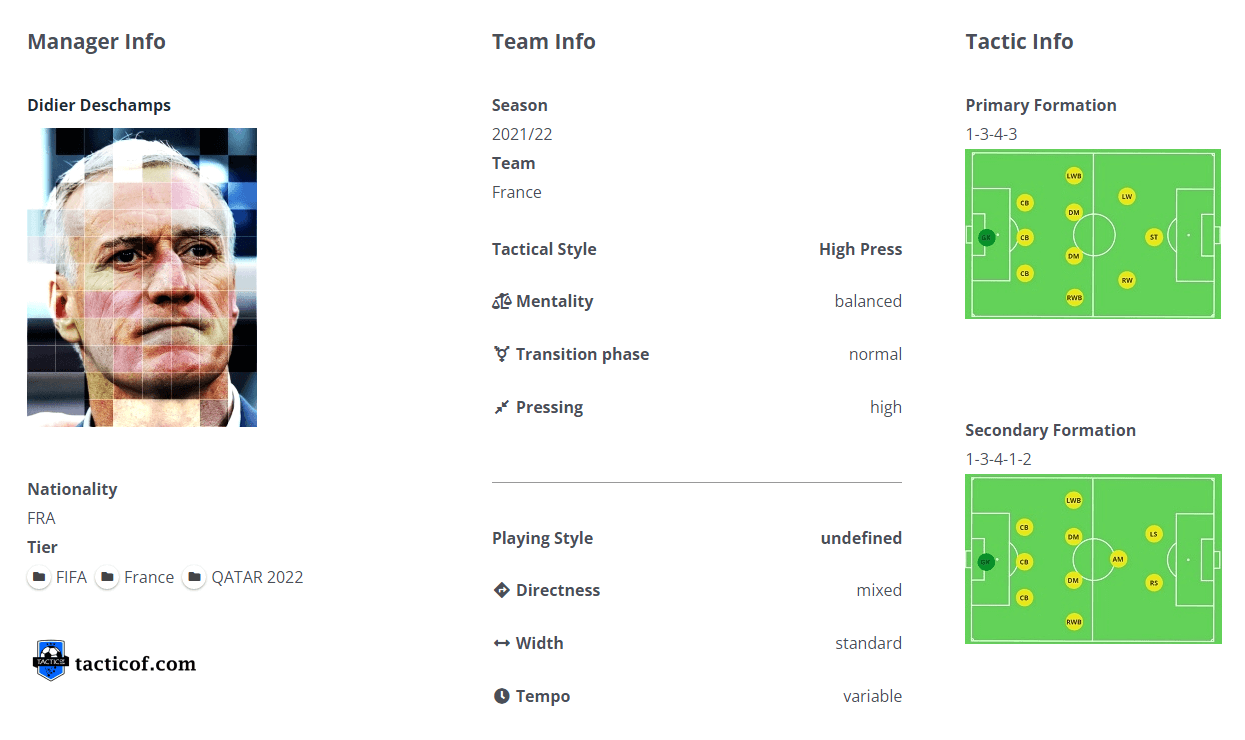