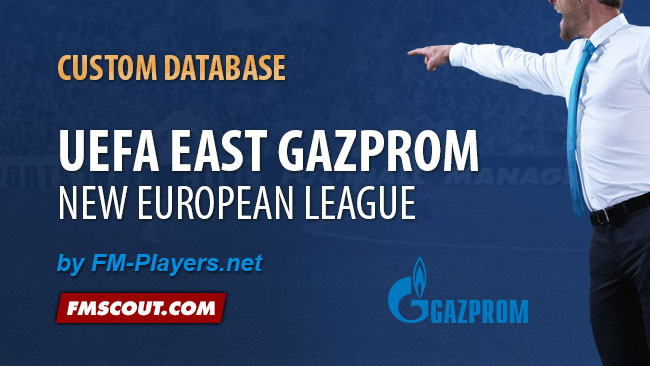 A new European competition is created. It is a UEFA League East Gazprom. This competition play champions 27 states that have at least a small part in Eastern Europe. Enough strong game, good cash prizes and fun are guaranteed.

Qualification Stage:
Here, the competition begins six teams. The game is played on a knockout system, and they won games matches go in the group stage.

Group Stage:
21 teams qualify directly, while three teams from dolaaze qualifications. Formed 8 groups of 3 teams. The game is played by Salt-point system. Group winners go into the next phase of the competition.

Extract the file "UEFA East Gazprom League by FM-Players.net.xml" from the zip archive and move it in your Football Manager 2014 editor data folder:

Start a new career game (won't work with classic mode).
A little pop-up window will come up that says there is 1 enabled editor file. Click OK.