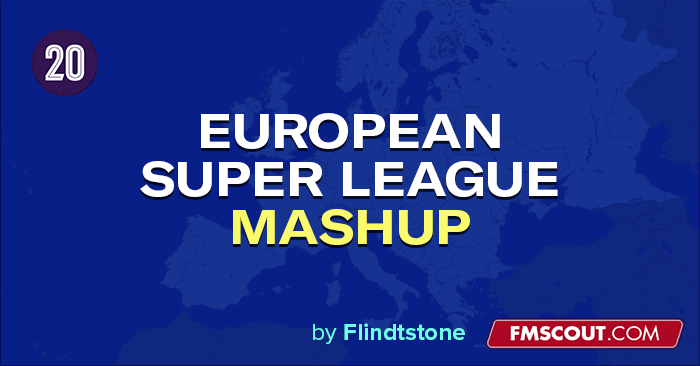 This is my take on a Super league. It is a super league mashup.

In my Super league, I have placed the teams in four different ways.

1) The top tier “Champions League” is all the teams qualified in the 20/21 Uefa Champions league. Randomly placed in 6 groups of 13 teams. The winner of all groups goes to a championship league, to find the winner of the Europe. The bottom 3 teams of the groups relegates. The price money is “reversed” so the lower the team ends the more money they get. The reason for that is to even the odds over time. So the big team do not get even bigger.
Second Tier “Europe League” is all teams qualified in the 20/21 Uefa Europe League. Randomly placed in 10 groups of 16. The winner of each group goes automatically up. Teams two and three play a promotions cup. Bottom 2 team from each group goes down.

2) Third tier “Europe League 2” is teams from the top 24 leagues in Europe. There are only one team from each country. The teams are placed according to their league position at the end of the 19/20 season. So the competition should be more even. There are 10 groups of 24 teams. Top 2 teams from each group go up, bottom 2 goes down.

3) Fourth and fifth tier are regular super leagues with 240 teams in the 4. And 200 teams in the 5.
It is the next 440 teams that haven’t been placed in the leagues above.

4) Sixth tier “Reserve League” is 140 reserve teams of some of the teams placed in the leagues above. The winner of each group goes up.

There are 6 cups. One for each of the top 5 tiers and 1 for all the teams in the Super league. With good price money for each round. NB now only 1 match per round (at requested by a user)