The “False Back Line” is something that RDF has invented in FM20. The idea behind this is that the 4 players ahead of the 1 defender (RWB, LWB, 2xDM) is actually the “real” back line with the CB acting as a sweeper. Effectively, its a VERY high defence line as we are using the deep areas of our midfield as the defence line. 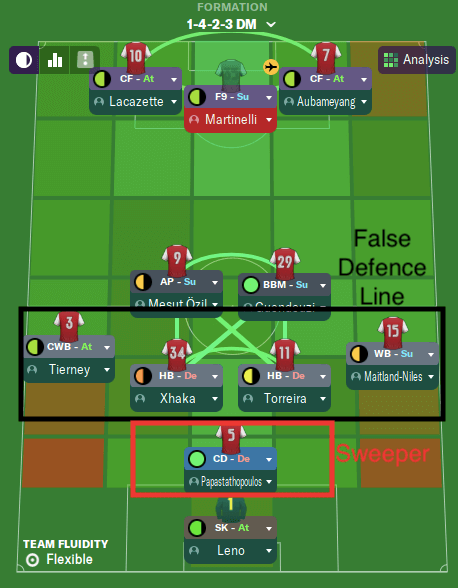 RDF has created a very unconventional shaped tactic, which he was hugely successful with in his 1st season as manager of Arsenal FC. This is all about GOALS, but also not neglecting the defence.


The idea behind this madness, is everyone has a responsibility attacking but also responsibility to defend. There are also many many different links and relationships that form within this system.

He uses a F9 that links the front 3 together, whilst the the two wide strikers have the license to roam around and find pockets, moving into channels and getting behind the defence line.

In midfielder, he uses an Playmakers to help with the creativity in the midfielder alongside a Box to Box midfielder that beautifully links the midfield and the final third. There two midfielders are heavily protected by the two DMs playing behind them.

RDF uses Half Back for this role, so when defending and out of possession, that 1 man defence can turn in to 5 at the back with the Wing Backs also looking to drop back when out of possession. The wing backs are very important as they are the only players who offer natural width.

He uses the AP as a “False Winger” someone who looks to come out wide and create an overlapping situation for the left sided wingback whilst the right hand side is a little more balanced and solid.

RDF plays a possession based game with this system, with his AVG Possession 56%. He likes to unlock defences by passing the ball into open spaces, the two wide strikers and wing backs benefit a lot from these types of passes.

He also looks to make the pitch wide as he can, this can give his creative players the space and time to be creative. Whilst prioritising shorter passing, this will be linked with a quicker tempo as he looks to unsettle the oppositions defence.

Against weaker sides, you may notice that you score a lot of late goals and that can be down to the fact, this system keeps possession and plays at a fast tempo, if a weaker side is defending all game then eventually, they may get tired.

In transition, this system ask’s players to regroup when out of possession but then counter, in numbers, when we have won possession of the ball. This way, players are expected to contribute in both being solid, defending. And counter, making runs forward. The keeper is instructed to try and find the wing backs with either a long throw, or a short kick.


This system will ask players to work hard when out of possession. This system would require a lot of hard workers and players that are great with team work.

RDF tries to create a block high up the field with a high defence line, but patient with the engagement, this also adds to the solidarity. But once his team does start to engage, they are asked to press with some urgency! 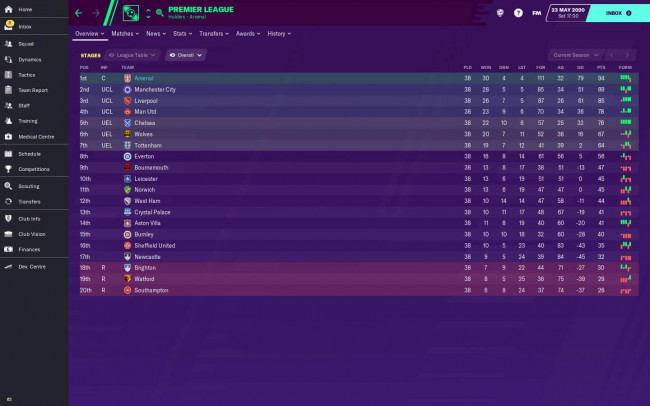 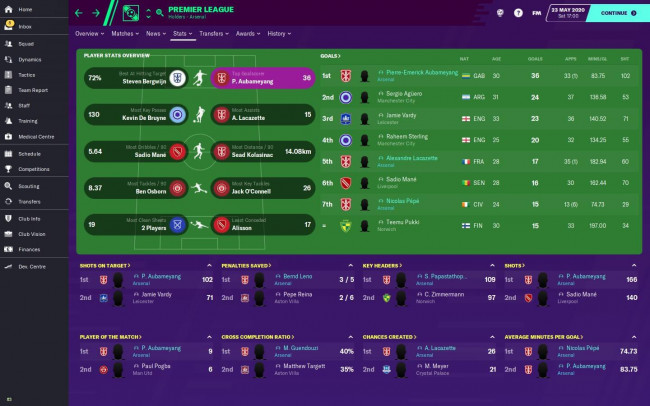 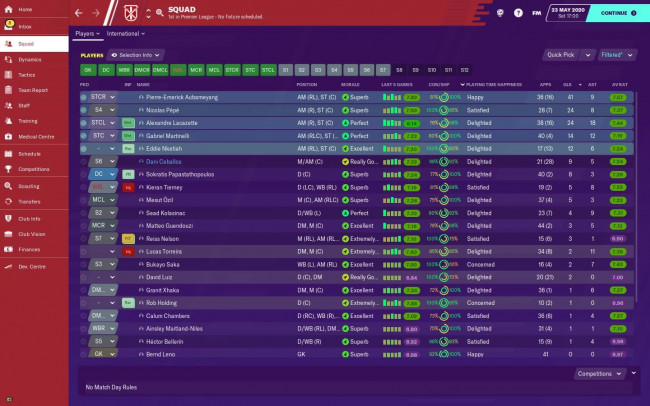 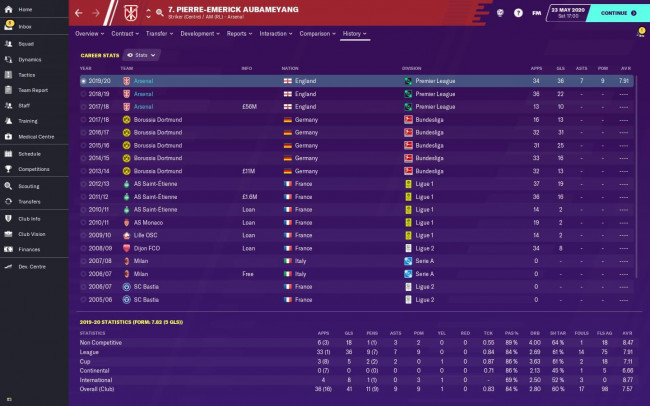