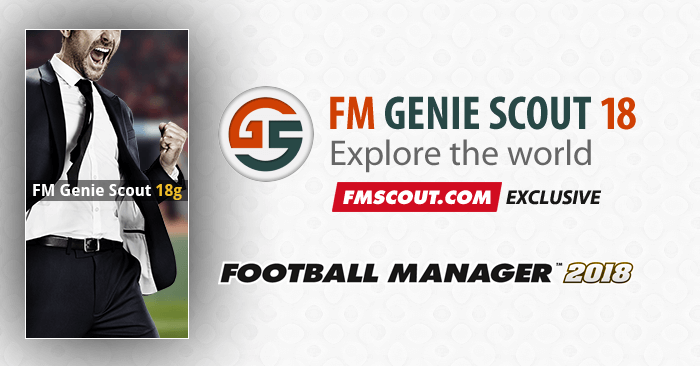 I'm delighted to announce that Eugene is working on Genie Scout 18, the new version for Football Manager 2018.

Besides the "g" only features that already exist, Eugene is preparing a major new feature for Genie Scout 18g, providing in-depth player development knowledge based on the history of thousands of games.

While we can't give you a firm date for the release of the public version, we should be able to release it towards the end of November. It usually arrives approximately 4 weeks after the "g" edition.

You can now donate for GS18 "g" edition.
Do not report bugs in the comments below!

How can I get Genie Scout 18 public edition asap?

The public edition of GS18 will be directly added to fmscout.com the moment it is ready.

138 comments have been posted so far.