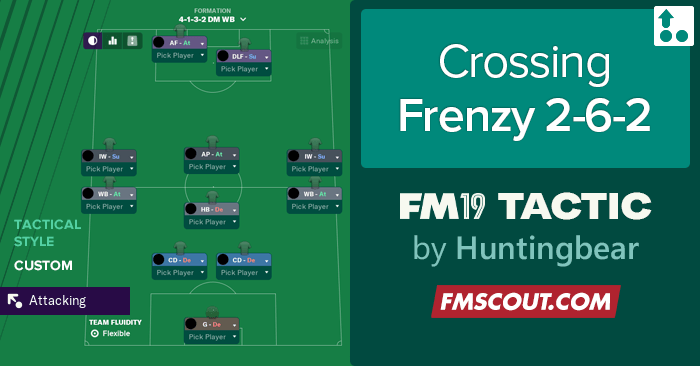 Ready for a tactic that has flying overlaps on the wings, lots of crosses and lots of goalscoring chances? This tactic is never boring and will pull you to the edge of your seat!

Based off a 4-2-4 WB formation with high pressing from FM18 I found during beta that pulling down the Inverted Wings to the midfield line and moving the Wing Backs up creates situations where the Wing Backs often, if not always, is on the shoulder of the Inverted Wings ready for any chance for overlap play and then make strong crosses into the box where two strikers are waiting.

In defense your only worry is direct counter football through the middle because we're sitting high with only 2 defenders and using offside traps. It does help with good position and pace Central Defenders, but beware using this tactic against teams you don't expect to have somewhat control over the game with. It also helps having a good Sweeper Keeper. 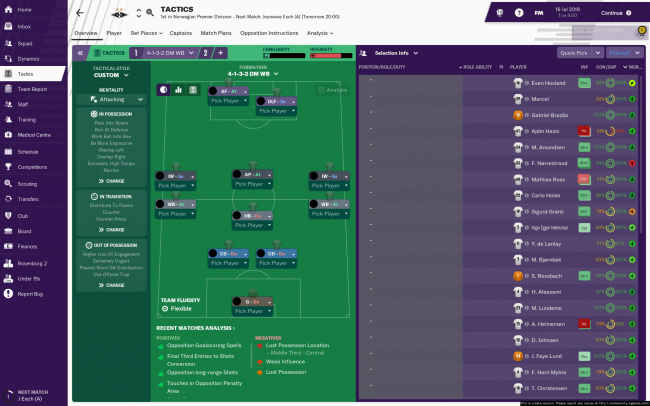 In base this is how the tactic looks.

The roles that you absolutely shouldn't touch or change in this tactic is the wide players, Wing Backs and Inverted Wings.

The Halfback (CDM) can be changed to a third CD but keep in mind that the Halfback (CDM) is there to help the defensive effort if you should lose possession. I found that having a 3rd CD instead of a Halfback makes the space in front of the CDs extremely open, any changes you make is on your own risk.

The AP (CM) position is potentially your most "free" role to change around, it's only task is to offer another attacking threat from outside the box or late runs into the box. I've had success with Box-to-Box, Roaming Playmaker, Central Midfielder (attack) and obviously Advanced Playmaker (attack).

What I would consider important is that all attacking players (Strikers, Wing Backs, Wings and the CM) have "Shoot less often" and "Take more risks" options selected when using them, I've had games with 30 shots and only 9 hitting the target when the players are allowed to shoot more often. This might be a FM19 Beta thing as I've seen other people complain about the same thing with completely different tactics, maybe it will be fixed. 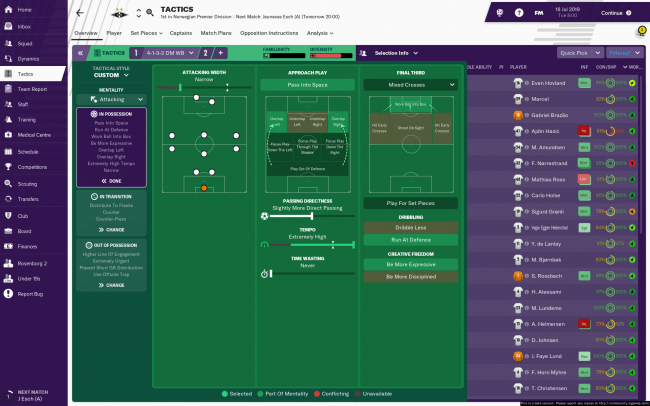 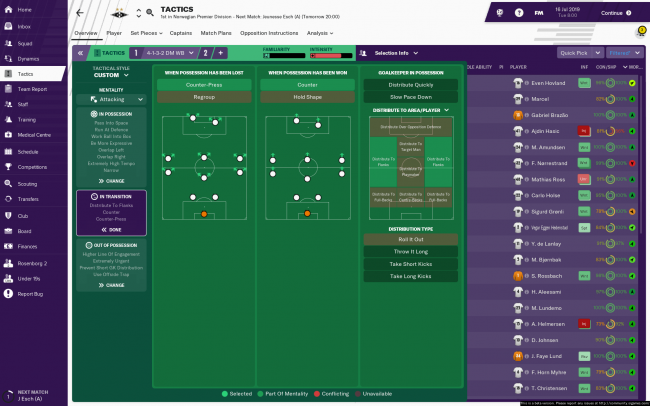 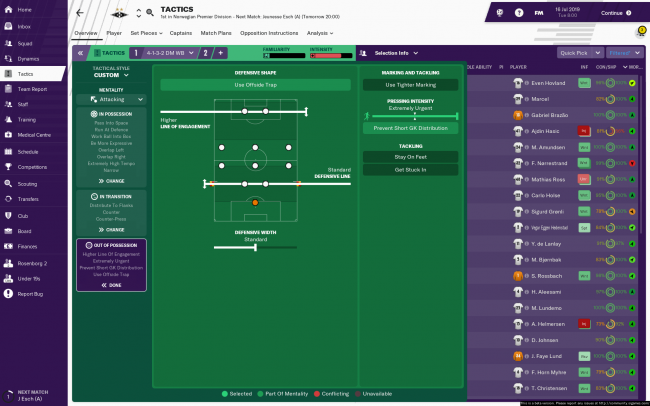 Assist overview, this is more or less what you can expect your assists looking like. Crosses, Crosses and more Crosses! Some of the results I've had this season with a squad with an average age of only 21 years old and far from natural players in the chosen roles, still makes for extremely entertaining matches. 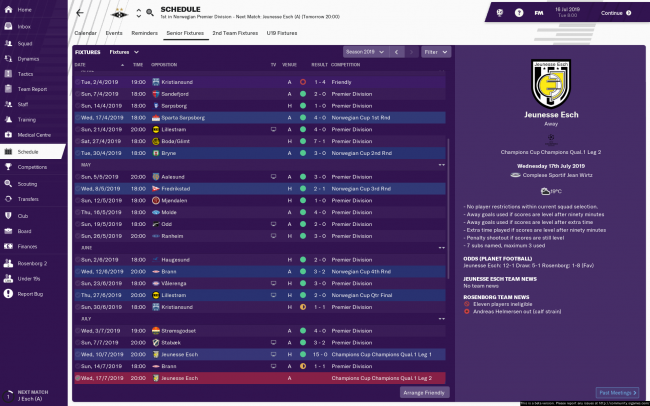 Do give feedback to the tactic and any issues you may find with it, it's still a work in progress to find the best combination of Strikers + CM and Defenders + CDM.