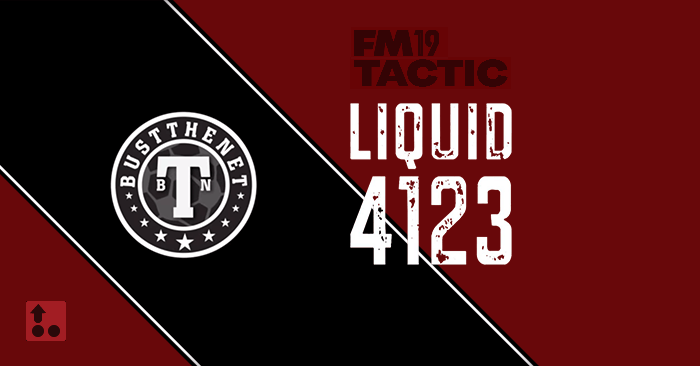 This is Rashidi's best tactic for Football Manager 2019.


Rashidi is a moderator at SI forums and a seasoned veteran of the game, specializing in the tactical side of things. He runs the BusttheNet YouTube channel which is focusing on Football Manager tactics, and blogs at addictedtofm.com. You'll find him on Twitter @BusttheneT. And you can support his work on Patreon (and access exclusive content too).

Watch the video below for an in-depth explanation of how this particular tactic works, as well as gain valuable insight on approaching your next tactic creation.

Some added comments by Rashidi

The strength of this system is the number of different players who can score. You get long shots from central midfielders, set piece goals and cutbacks.

When I play against very defensive sides I sometimes tell my IWB to go on attack duty, this also makes them goal scorers. It’s especially evident in my Galileo system. IWB are just fullbacks with more movement freedom, so asking them to go attacking is one option especially against systems that are narrow ie. playing without wingers.

The left winger should also be a very good goal scorer as the movement of the right winger and the F9 release him into space. Here the right winger will generate a lot of assists. If it’s less than 10 a season it’s actually a low number. So I would look at improving assists from the winger on the right, making sure the winger on the left is a good goal scorer and putting the IWBs on a higher duty against weaker sides

I usually don't change much, perhaps the only thing I would do is watch what the AI is doing, If it goes into an attacking 424 or 433 I may turn both IWB on defend and remove the overlap. If I face a team that is very defensive I will increase the duties of the two IWBs. to support and attack.

I don't really counter formations, I just play to our strengths, and understand the weaknesses of my own system, then when I face certain systems I know what to expect. So if I face a narrow system I might tell my IWBs to go attack. If I face a flat 433 they may both go on defend.

Sometimes I change mentality. Depends on the game itself, there have been times with LFC where I think the AI is being too aggressive and I actually drop it down to Balanced to feel the game out. Or I remove the overlap shouts.

Overlap both sides for positioning to get them higher up the pitch. Cos overlap affects mentality + there are times when the IWB will overlap as well.

If you change the DM to a DLP you affect transitions, I wanted the ball to go simple from defence to the two in the middle. With Stalybridge I even use an Anchorman. And I don't really like how the BBM move in FM19, plus I need the RPM there to dictate the play and switch the focus to other sides plus be a magnet. So I wouldn't use a BBM, between BBM and CM(S) I would prob go CM(S).

Tactic was recreated by watching the video above and published here with Rashidi's kind permission.