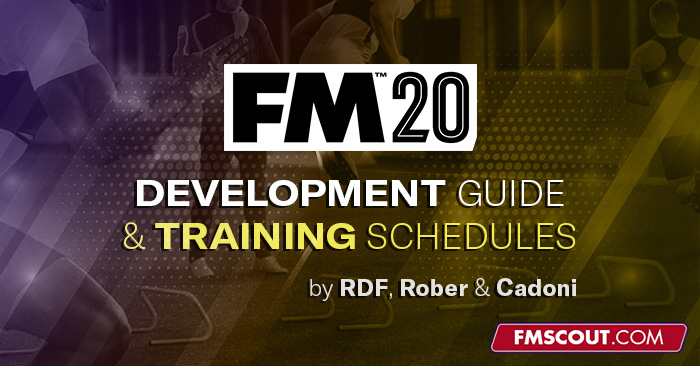 First of all, one very important thing: This is a guide and a suggestion, not an exploit.
We had a go to find out. And the results made us change our way of doing things totally.


This guide will continuously be updated with more / new information, therefore it's not 100% complete.
Credit to Rober82 & Cadoni for their advice. The results we've managed to get together have been superb, and finally gathered about as much information as we could.

I, just like many of us here, followed the same advice in training. And that's to train players in the roles/position they're playing in. We got the impression that made them understand the tactic more and automatically become adaptable to it.

Well, we recently figured out that there might be more than one way to do things.
We then had to question, is there a better way to have more control over a players development in training?

For example, Mason Greenwood is a special player. He has great physical attributes and height but his heading was on 7 and bravery was on 10. If I then train him as an AF because that’s what my tactic uses, I could be missing out on exploiting his physical attributes. So I then gave him the training focus “Aerial” to improve his heading and bravery. After 4 seasons, the result was incredible…

Our aim soon became to focus a player's yearly development on a certain attribute, or two, for a player to improve on to make him a better player. The game is filled with players who are insane finishers, but lack composure, or great at everything but make the wrong decisions.

What if we could give them what they lack, instead of adding +1 to things we are already happy with?

When a focus area improves to the level we are satisfied with, then naturally, we can change our focus into another area. We also see other attributes increasing at the time we are focusing on a few, they may be linked to the increase but we do not know.

Some probably come from normal training, and some improve naturally as a player develops. Our focus is still to give a player what he is missing, and make him a better player.

As you can see below, Ruocco has no position / role / duty in training. I set him to focus on his attacking movement. In a 6 month period, he has had a rapid increase in the area this focuses on, along with this increase, and again; he has other increases as well. 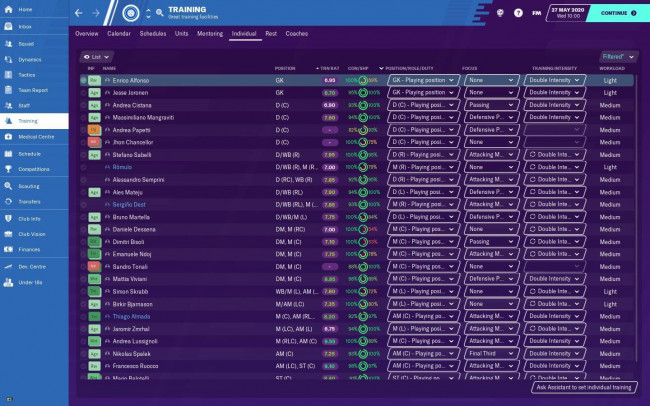 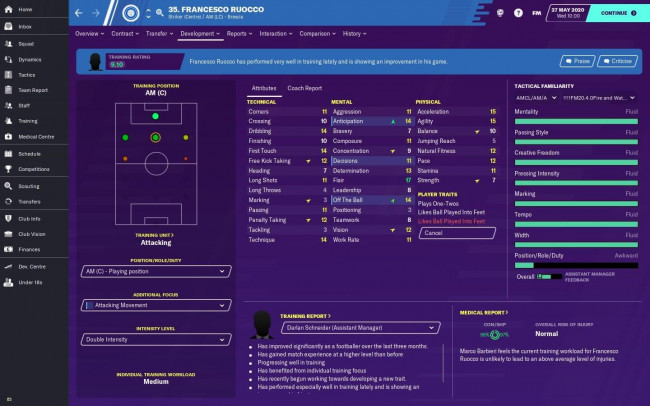 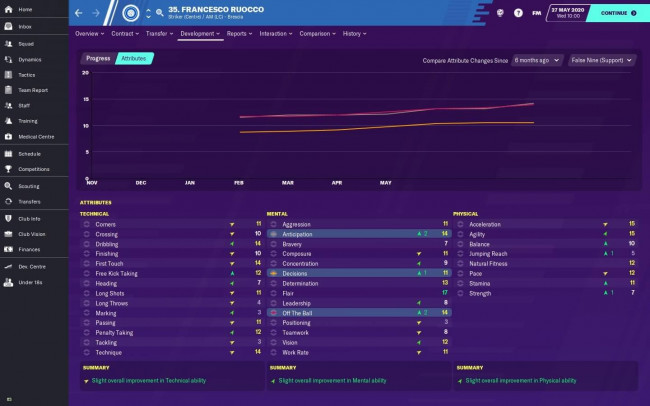 Rober:That is an amazing find! This means we can now develop our young players much better, and give some players who are lacking a certain aspect of the game to reach a new level, exactly what they need.

Do we need 12 world class coaches? Does it make a difference? No one knows.

Picture your team training right now, the team is split into 3 sections. GK unit. DEF unit and ATT unit. Can you picture 5 ATT coaches coaching the ATT unit? Probably not, because it shouldn't happen. I did wonder what the fascination was in signing 12 coaches. I personally believe you don't need many coaches, but you can still do that as well if you want to.

However we recommend fitness first if you need to choose because of coaching limits.

I was fooled into believe achieving 5* training was the best thing out there. That just looks good.

But what if you signed plenty of fitness coaches? Fitness coaches are important when it comes to physical attributes and mental attributes. I was led to believe that Physical is most important, then Mental and last Technical. Again, so then why stock up on coaches that mainly coach technical stuff?

All we use is 1 or 2 GK to coach 2 or 3 GKs. Maximum of three coaches, this includes yourself, your assistant and just 1 general coach. Rest if your spots, you can fill with fitness coaches; assuming you're a good enough club to have a few coaches.

As you can see, I've hired many fitness coaches. 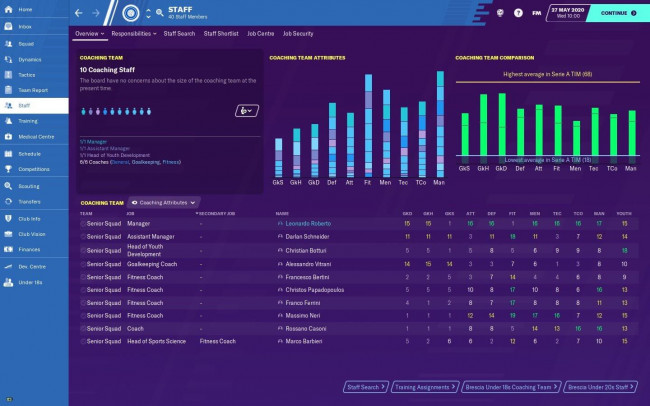 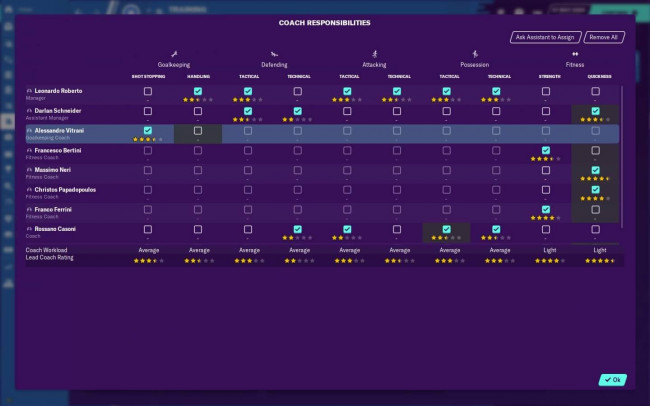 This screenshot is to show you my team's training performance. As a team, especially Brescia, this a very high. Also, generally my players are happy with training, no real concerns there either. You may have a one or two people upset, but take into consideration how much they're playing (international football too) and their personality. 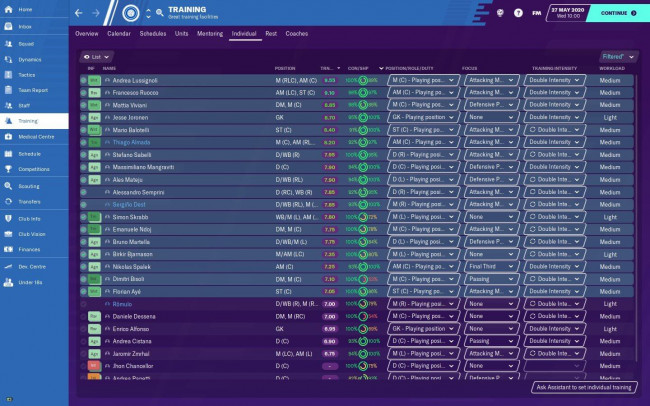 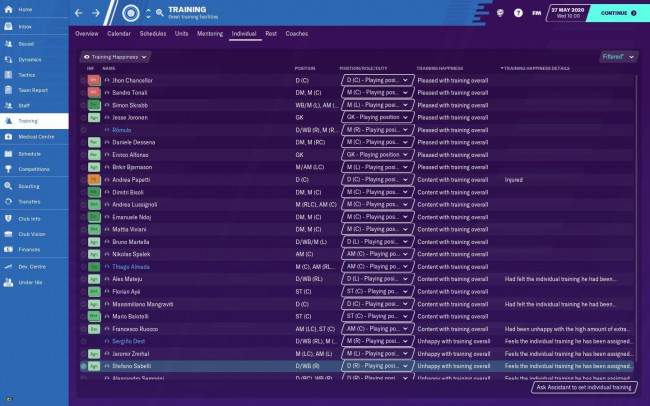 I will let these screenshots speak. This is all in a one season period. so not even 12 months of training. 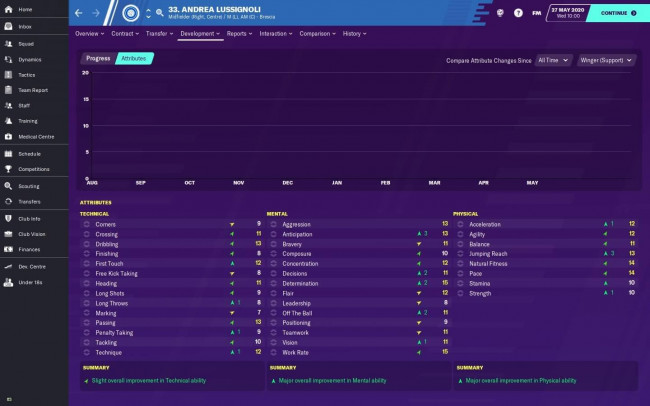 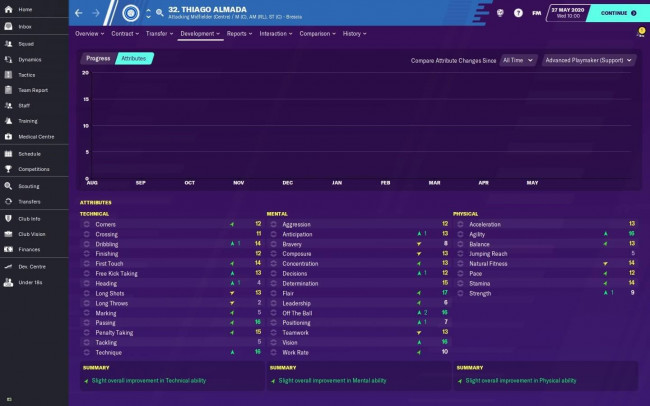 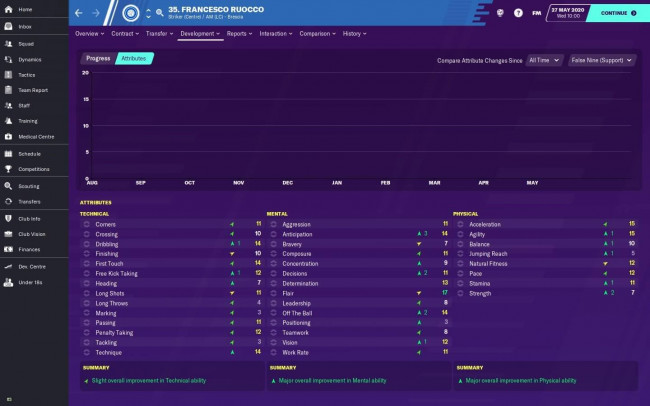 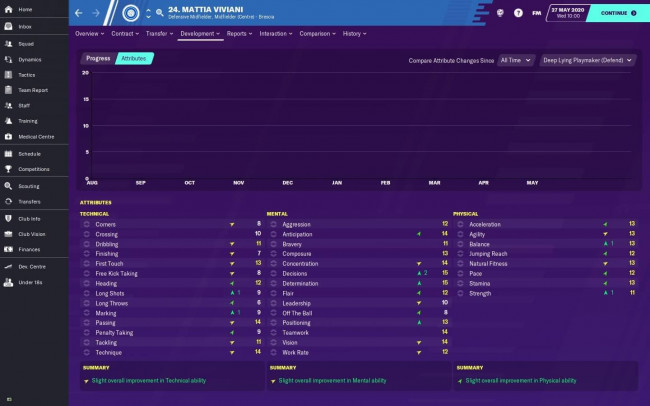 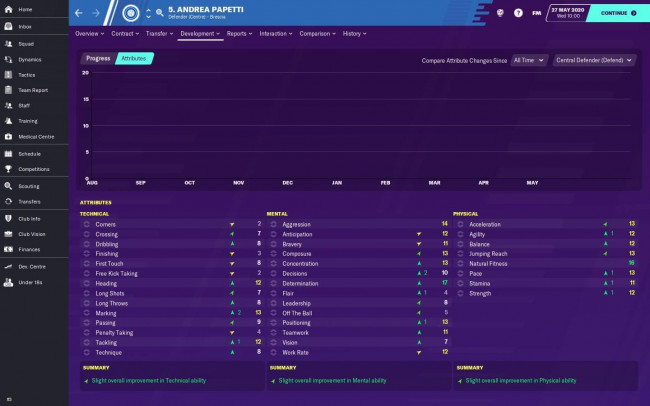 Remember: this is a guide, not an exploit.

Credit to Cadoni & Rober82 for co-creating and testing!

Use this when you only have 1 match a week. 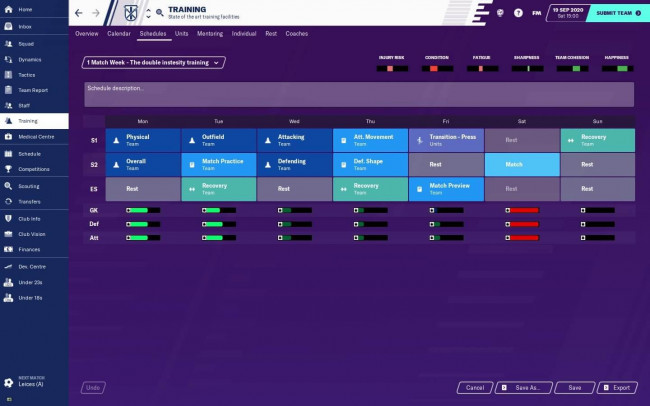 Use this when you have 2 matches during the week. 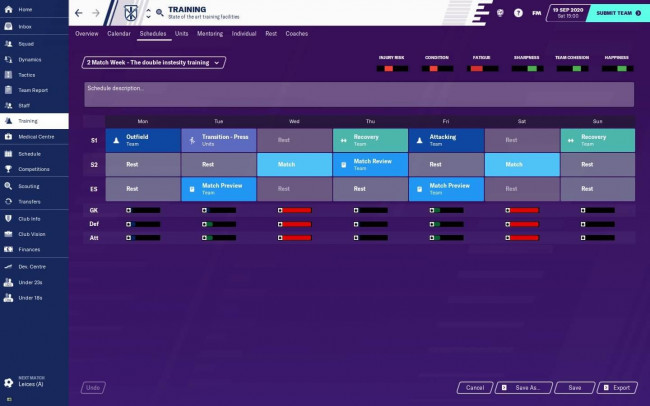 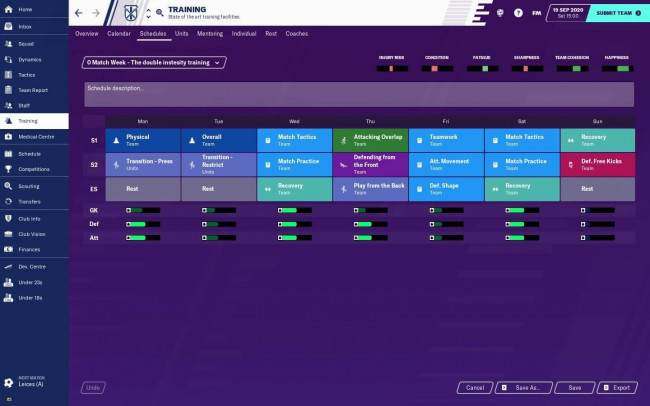 Finally, results of training rating after first month with this in use. 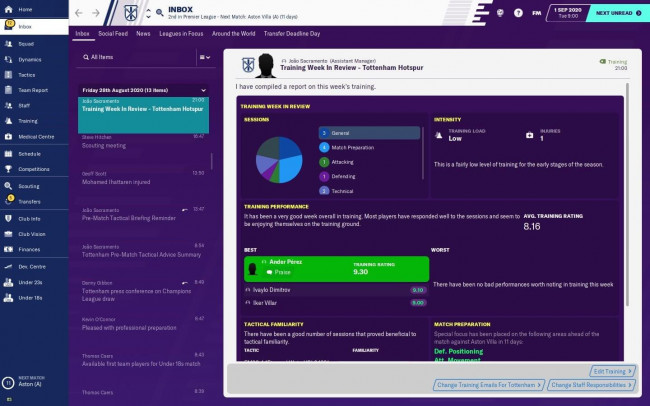 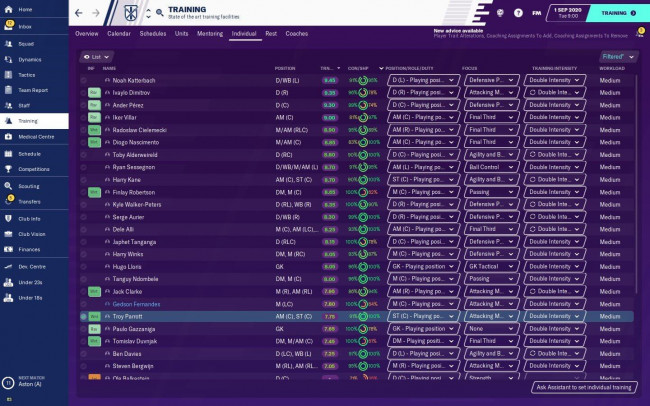 And some developments during the pre-season and 1st month of schedule used.
This schedule was used in Pre-Season but currently not advised... yet. 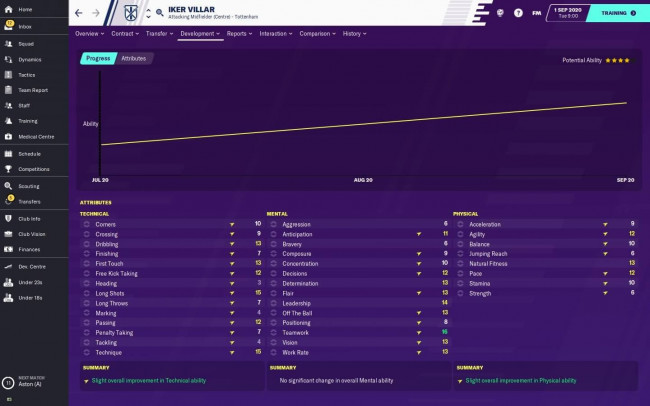 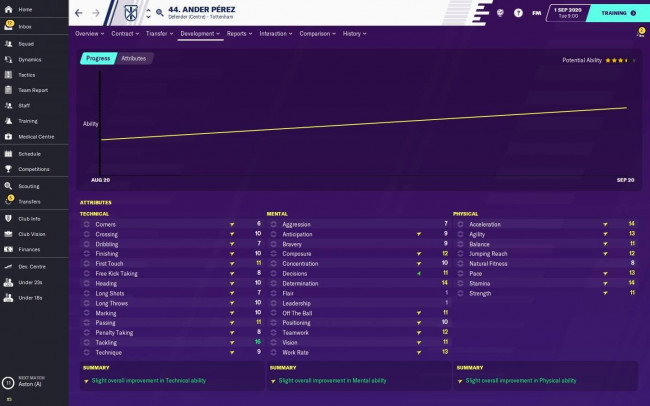 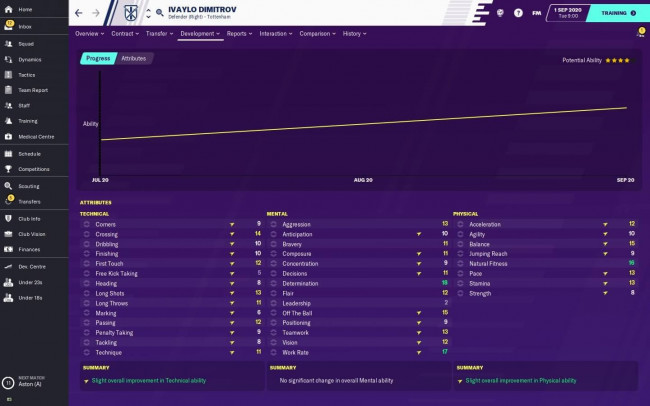 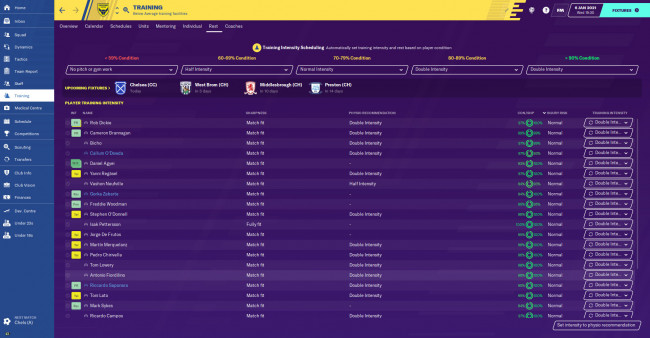 Let's give you an example: You are a real manager. Style: Gegenpress. You hire a new coach and tell you I like tiki-taka. Should you trust that guy?

Of course you can have results with not the "right" ones, but I don't like my coaching team to have different philosophy from mine.

The ultimate training staff lineup for me is:

All of them must have same style & preferred formation as you.


*HoYD: The most important role for youths. Sometimes I am telling him to take care of training, since it's hard to follow youth fixtures or managers lacking general training attributes.

For the Assistant Manager (AM) I recommend the following:

Since AM will take care of training:

Since it's really hard to have the ultimate training staff, that's why I don't have coaches. If I found one, then will be part.

Training & Youth Facilities:
If you are OK with finances, ask the board to upgrade. This is really important.

98 comments have been posted so far.