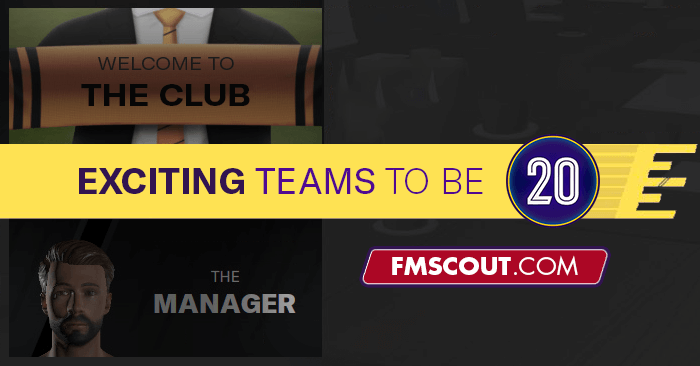 Having finished a very respectable second place in 18/19, Lille face the prospect of entering the 19/20 season without their talisman of last term Nicolas Pepe who completed a move to Arsenal for a club record fee. Summer additions of highly rated 19-year-old Timothy Weah, Nigerian International Victor Osimhen as well as Bayern Munich's Renato Sanches have made Lille one of the most exciting young teams to watch and with a few additions you could easily be challenging to topple PSG's dominance of the league.

Premier League Champions only 3 years ago, it's incredible to think just how quickly Leicester have turned over almost their entire first team squad and are now arguably a stronger position than they were during that historic 15/16 season. Kasper Schmeichel & Jamie Vardy aside, this current crop of players are hungry to prove just how good they are to the footballing world. Stacked with U-23 talent in almost every area of the pitch as well as the potential to bring even more in due to the massive TV deal, it's a great relatively short term (beta) save.

With a very strong core of homegrown players both young and experienced in the likes of Mohamed Ihattaren, Jeroen Zoet & Donyell Malen, there's a great foundation here for you to build on and achieve great things. One thing you will notice is it's not only the senior team that has an abundance of talent, the youth teams are no different. The facilities you'll be working with are second to none, it's got a good enough reputation in-game to attract young sought after players and it's potentially a great medium-long term save.

The Basque side definitely are one the teams to watch in La Liga, they have a number of experienced players such as Asier Illarramendi, Nacho Monreal & Diego Llorente mixed with young exciting talents such as Adnan Januzaj, Martin Ödegaard (loan) & Mikel Merino. For your first season there won't be any distraction of European football so achieving a decently high league position shouldn't be much of an issue.

World-renowned for finding, developing and selling on elite level talent, it wouldn't be too difficult to keep that going in your FM20 save. There's a very solid set of players at Lyon currently, the standout ones being Memphis Depay, Moussa Dembélé & Houssem Aouar. This is probably the best team on the list so if you want a quick few season save this is one you should be all over. The facilities you'll be working with are fantastic, there will be plenty of money to spend overtime and it's a bit of a rebuild after Lyon lost 3 key players over the summer.