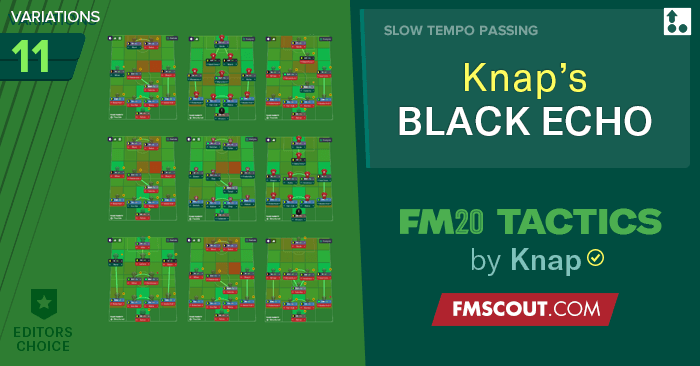 It does exactly what the Team Instructions ask.

If anything, Black Echo is a less direct tactic, which is uncommon for Knap on this Match Engine version. However, the "pass into space" having a DLP, it still takes lots of risk in possession.

There was originally a 4141 system. Updated to this when the AMC roles became OP.

You can use Black Echo alongside Tequila Sunrise.

What's included in the BLACK ECHO Bundle of FM20 Tactics

You will find 11 variations of Black Echo Tactics inside this bundle. They all apply to 20.3-20.4 Match Engine versions, but should work well on 20.4.


Black Echo should be more suitable to an underdog team, because it's slow tempo and safer in possession.