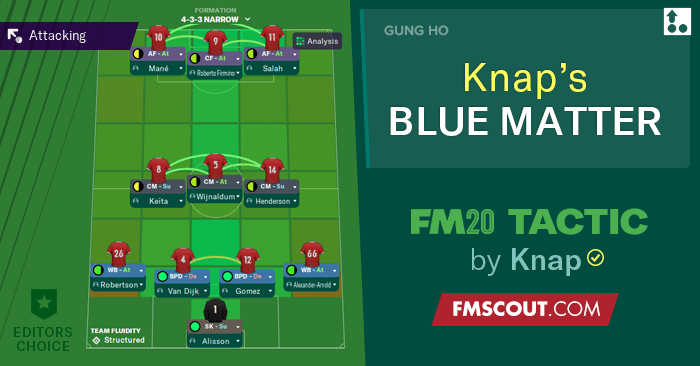 This is a gung-ho tactic for FM2020; exciting and extremely attacking... maybe the most attacking tactic Knap has ever created. Think of Napoli or... Zdeněk Zeman.

The Blue Matter tactic orginates from FM18 where it smashed all lesser teams with 5-0 and 6-0 scorelines.


It's a 433 that is very narrow and really offensive. If you're not a top team, you'll be in trouble with the defending side of things.

For example, a test with Arsenal resulted in 147 goals scored and 40 conceded.

It's using 3 strikers (the middle as Complete Forward, the sides as Advanced Forwards). 3 CMs (out of whom the middle on attack duty).

Not many Player Instructions for this one.

"Blue Matter" is a single tactic and not a set of tactics, which is a bit uncommon. Created for the latest 20.4.1 version of the Match Engine. 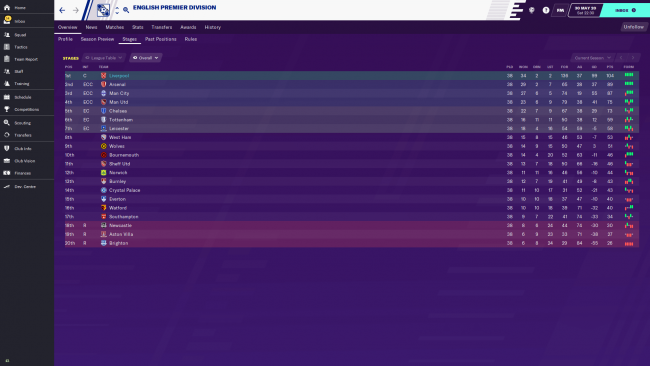 Blue Matter should be suitable to top top teams, as it's a crazy all-out-attack tactic.