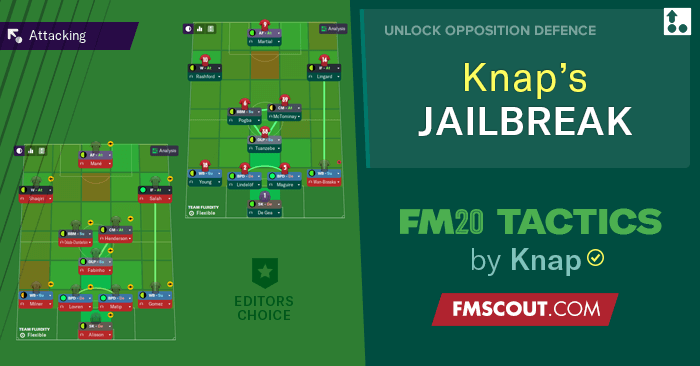 Jailbreak tries to unlock the opposition's defence with a lot of different attacking patterns.

Your wingers off width, but your IF will of course look to come inside to support the ST; he can also form great link up playing with your attacking central midfielder.

This will do well if you're favourites of the league. So think of Bayern, Ajax, Paris, LFC / City, Barca, Juve, Benfica / Porto.

Striker will score the most goals, but Wingers will also get plenty.

Jailbreak is a set of 2 tactics. 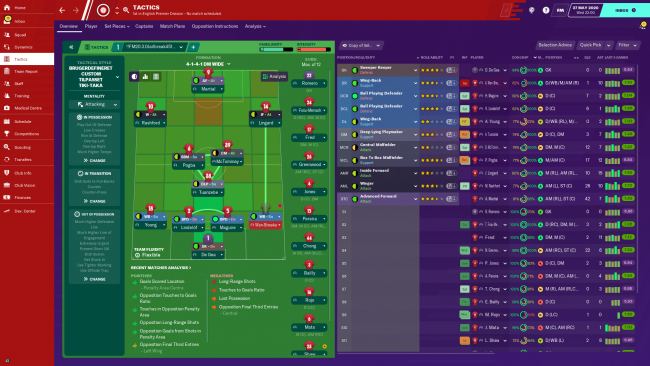 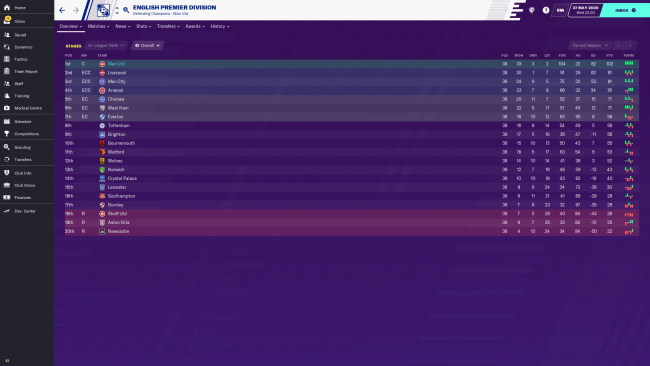 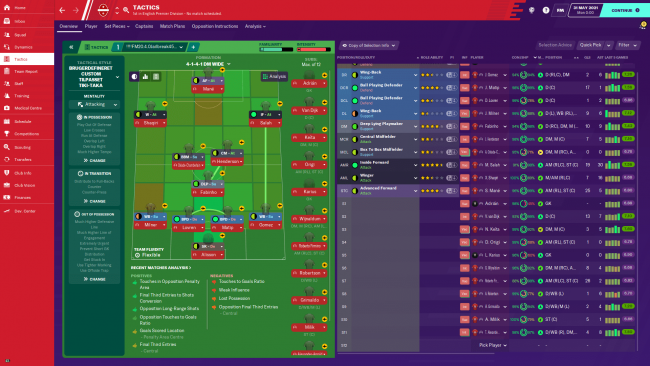 Jailbreak should be suitable to top teams in the league.