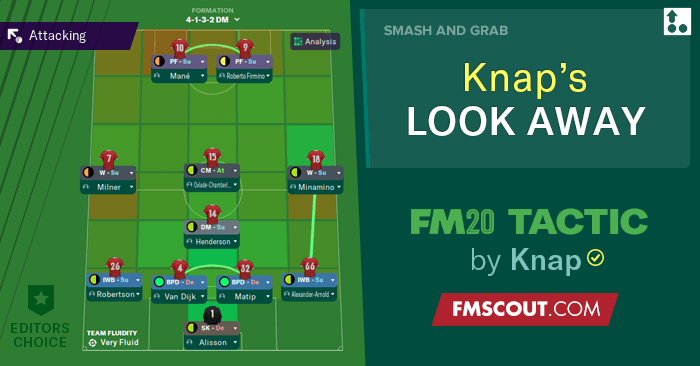 Look Away is like a less adventurous Beowulf. It's attacking, fast and direct but has no set playmaker. It aims to get the ball to the final third as quickly as possible.

The DM and IWB are there to make your defence more compact. The standard DL means it's not completely gegenpress, its more cautious to the counter attack.

Your key player may be the CM. He is the only one actively seeking runs to cause problems for the opposition defence.

Your two strikers must be good enough to hold the ball up for oncoming wingers and CM.

This can be classed as an away team tactic because it's "safe". It's trying to attack without the risks. A smash and grab type of tactic if you like.
If you're using other Knap tactics, this could be a good option for away matches.
Also if you're OK with a draw, e.g. 2nd leg in UCL playoffs sort of situation, that's a good tactic to go with.

Look Away is similar to Roll Over Beethoven and others which are quick and fast but more risky.

Who plays like this: Maybe Sheffield United or Everton

LOOK AWAY - FM20 Tactic by Knap

"Look Away" is a single tactic and not a set of tactics, which is a bit uncommon. Created for the latest 20.4.0 version of the Match Engine. 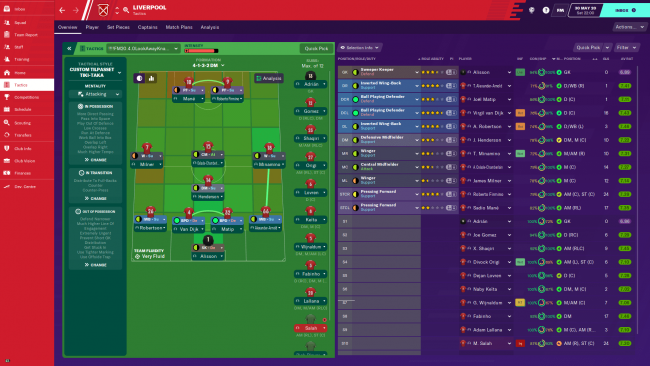 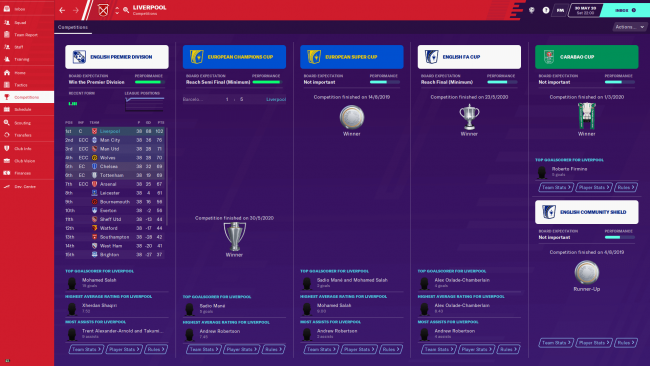 Look Away should be suitable to sub-top teams or as an away tactic, as it's attacking without the risks.