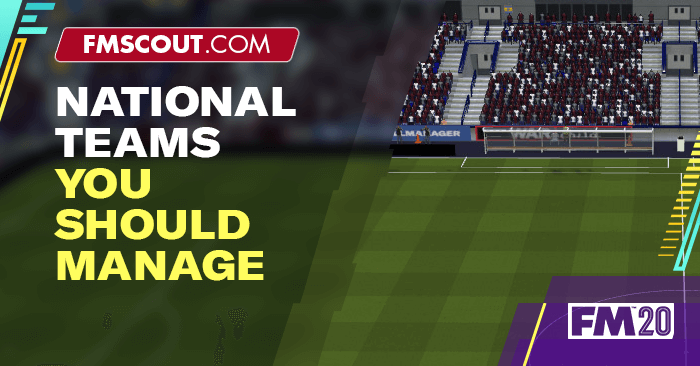 There's a wide variety of splendid national teams. The usual suspects being Belgium, Brazil, England France, Germany, Portugal, Spain, Uruguay etc. But rather than merely focusing on the obvious ones, I'll be highlighting teams that (despite being unorthodox) are viable options when it comes to management. Not that this list is not in any particular order.

After failing to qualify for UEFA EURO 2016, Denmark have made solid improvements on an international level. Excluding their loss to Montenegro during qualifiers for the 2018 FIFA World Cup in october 2016, they have not lost a single game in 90 minutes! Their squad features a perfect blend of rookie and veteran players. What makes them even more exciting is that they seem to have much more to give. Looking past the likes of Christian Eriksen and Kasper Schmeichel, the majority of the danish players are largely unknown. Yet they still play for the likes of Eintracht Frankfurt, Atalanta, Genoa, Fenerbahce, Lyon, Southampton, Valencia etc. And although those are not huge clubs, they can still be considered solid. Especially when you take into consideration how they all play a key role at their respective clubs. Not to mention how young they still are. Denmark won UEFA EURO 1992. Could we perhaps see a repeat of that in 2020?

2018 was Senegal’s first World Cup appearance since 2002 (where they reached the quarter-finals). Unfortunately, they had to settle with the group stage this time around. Regardless of their failure to advance to the knockout stage, their performance can still be considered something to be proud of. They started their campaign by defeating favorites Poland. Granted it was largely due to defensive errors, but nonetheless they won. On matchday two, they were unlucky to “just” share a point against Japan. A game which they lead on two occasions. Their final group game was an an affair that could’ve gone either way, but they unfortunately succumbed to a goal by Colombian centre back Yerry Mina.

At the 2018 FIFA World Cup, Japan had essentially guaranteed their spot at the quarter-finals when Takashi Inui expanded their lead to 2-0 in the 52nd minute. Then the impossible happened and they conceded three goals in 25 minutes. Still though, Japan proved their footballing capabilities to the world in that game. And in the group stage where they recorded an impressive win against Colombia in their opening game. Only three players of their current squad play for Japanese teams. Everyone else plays for solid European clubs such as Southampton, Marseille, Bologna, Porto, Red Bull Salzburg and PSV. Even with Honda’s recent retirement from the national team, Japan are a solid team with a relatively young squad who plays entertaining football.

As of october 2019, Venezuela are enjoying their highest ever FIFA ranking (26). And within recent years they have consistently made it to the quarter-finals of the Copa America. Despite this, they have not qualified for a single FIFA World Cup. In my opinion, they are the best team to never have qualified for the tournament by quite a big margin. The majority of their players reside in the Americas, but there are a couple in La Liga and Serie A too.

Heading into qualifiers for UEFA EURO 2020, not much was expected of Ukraine. I anticipated they would finish third, behind Portugal and Serbia. But they’ve ended up winning it with ease. Decemating Serbia 5-0 and defeating Portugal 2-1. They play exciting yet disciplined football with seasoned Shevchenko as manager. You'll find most of their squad in the Ukranian league representing the best clubs there. Yarmolenko and Zinchenko being the most noteworthy exceptions, representing West Ham and Man City respectively. I am excited to see what this side has in store within upcoming years!