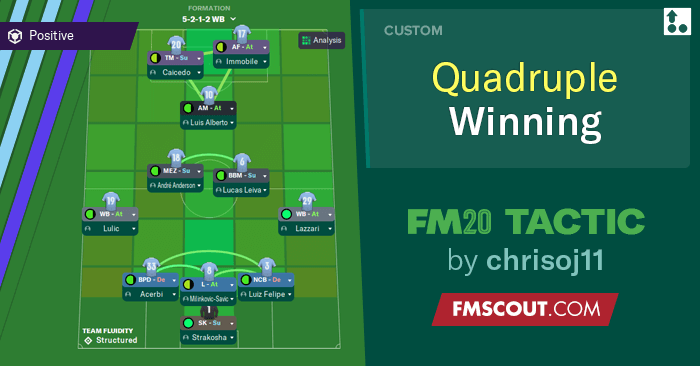 This tactic was created to use the libero setting with a centre back. I found no other tactics on here or on YouTube so decided to craft one myself.

I built the whole formation with this in mind, which is why I opted for Lazio and Sergej Milinkovic Savic (SMS). Having looked at the role and the stats required for it, I knew he would be someone with great potential for the role. I started retraining his position as the first thing I did on my save.

The Libero role needed someone who had an excellent first touch, passing range and vision. However, it also needed to be someone who could defend and have the physical attributes to get up and down the pitch. Joining in with attacks but also shuttling back to when possession was lost also required great stamina.

The other two players suitable for this formation would be Camavinga or Blind. Anyway, SMS had an excellent season but the save became so much more than just the Libero star I was creating. I went on to win the league comfortably with a few games to spare, beating Inter in the Coppa Italia Final, Juventus in their version of the Charity Shield and also the Europa League. 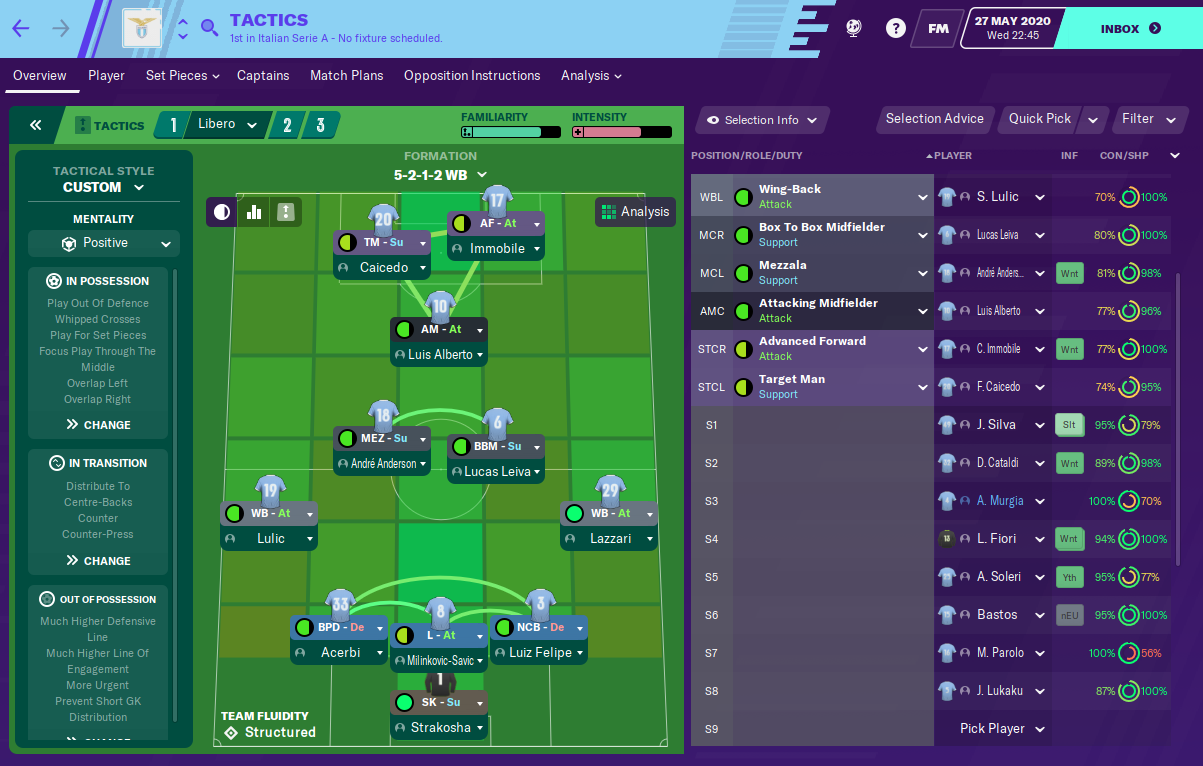 Some information on the formation-

I set the team to positive, with playing out from the back and through the middle. I toyed around with a deeper line for a while but found it worked best with the defensive line and the line of engagement as high as they could be. All 3 of these factors allowed my libero to play centre stage. He was high up the pitch to dictate when we had the ball and found my wing backs with his vision and passing.

One worry I did have was being caught over the top when we lost the ball. However this very rarely happened and when it did, I simply dropped both lines back a little.

If I was winning or playing a better team like Juve, I would be more balanced with my mindset and put the wingbacks onto support.

My AMC Luis Alberto racked up 22 assists. This was a combo of amazing set piece delivery and the fact we played through the middle of the pitch.

With the two centre mids I played one as a mezzala meaning he was slightly wider and not in the same position as my Libero. The other was a box to box.

I am now keen to try this formation out with another team. I really wasn't expecting to win Serie A in the first season and the other 3 trophies. 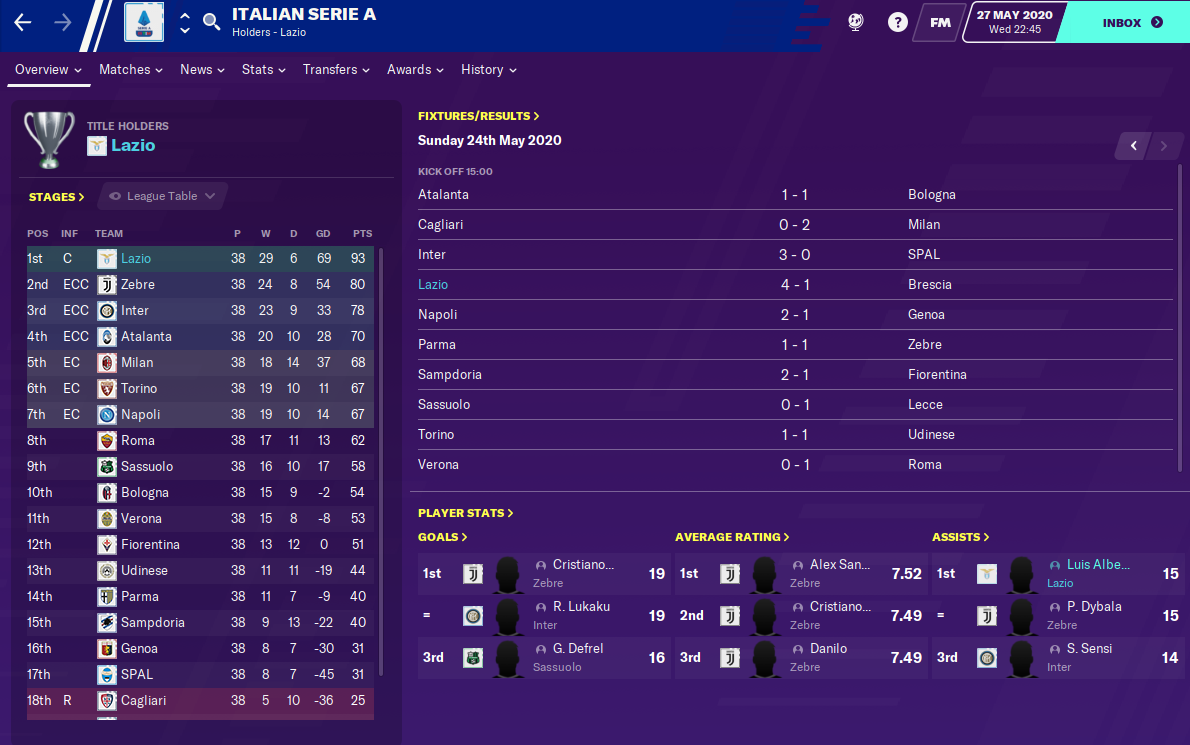 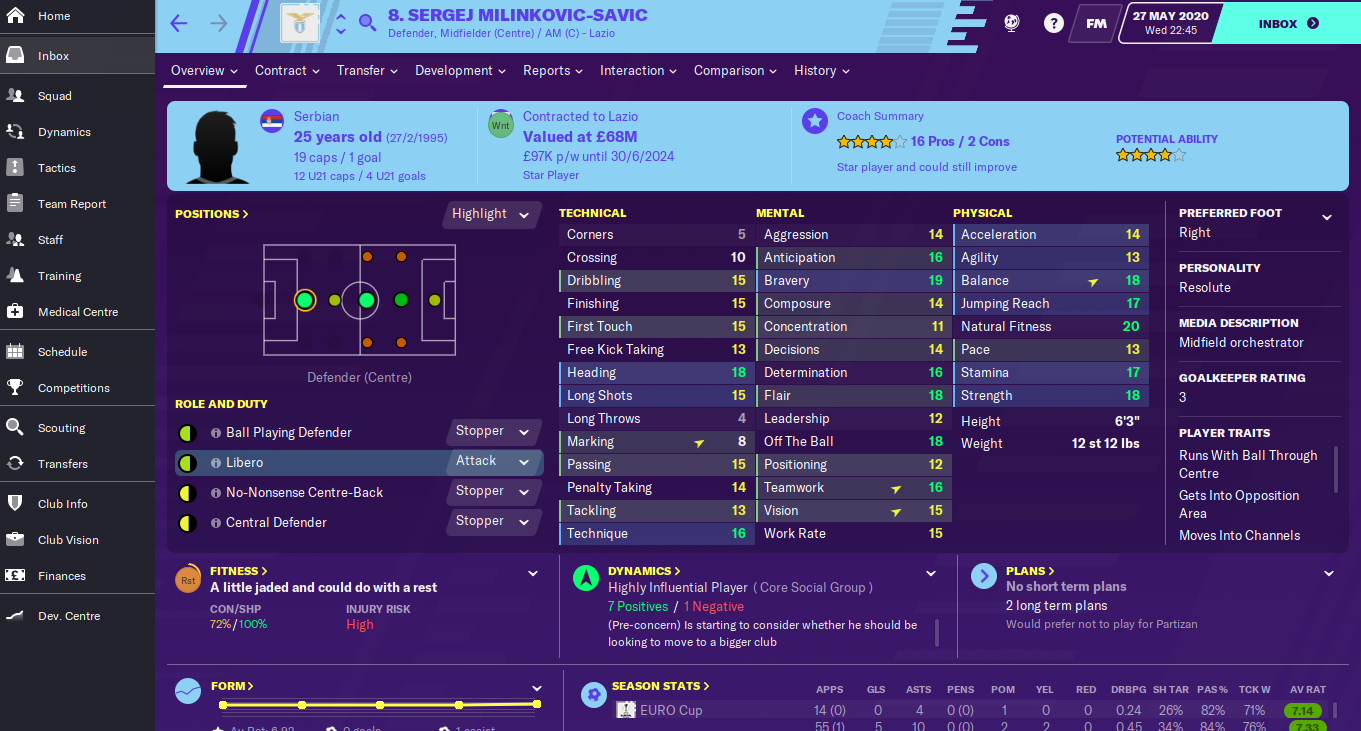 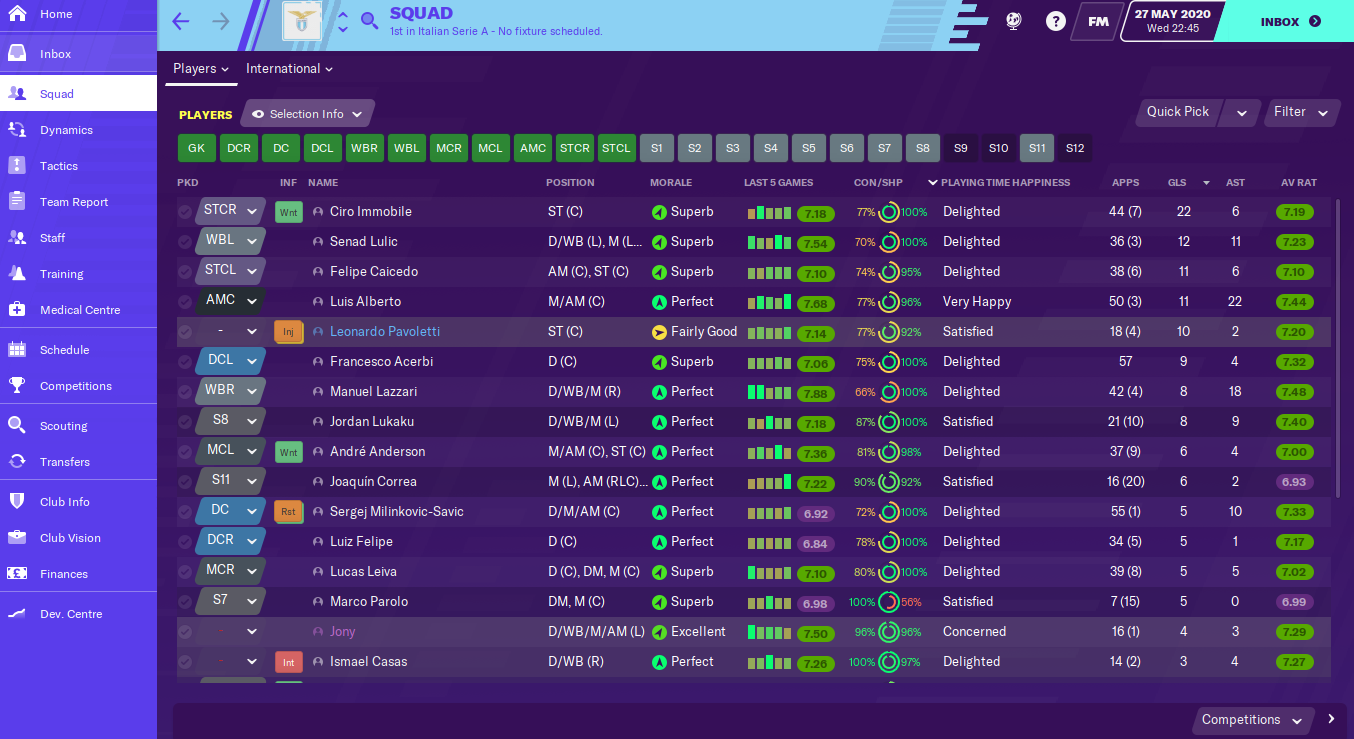 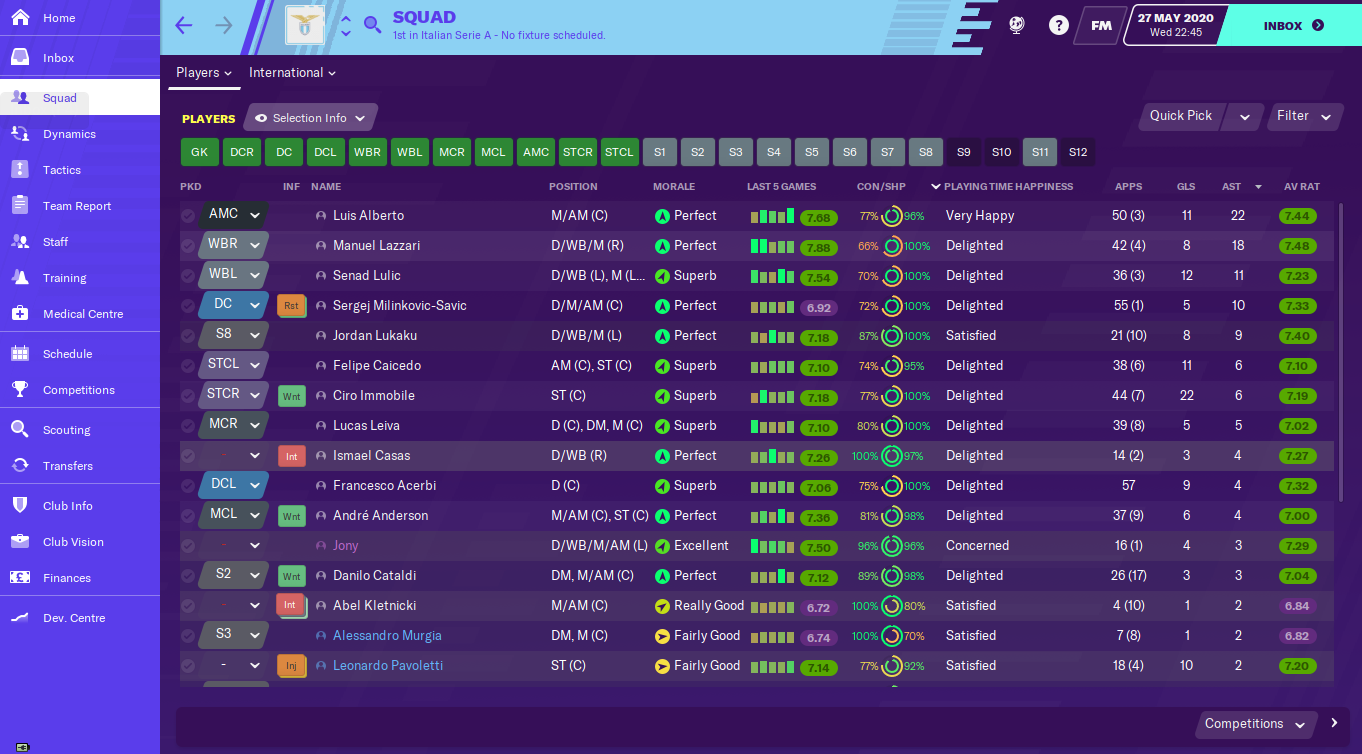