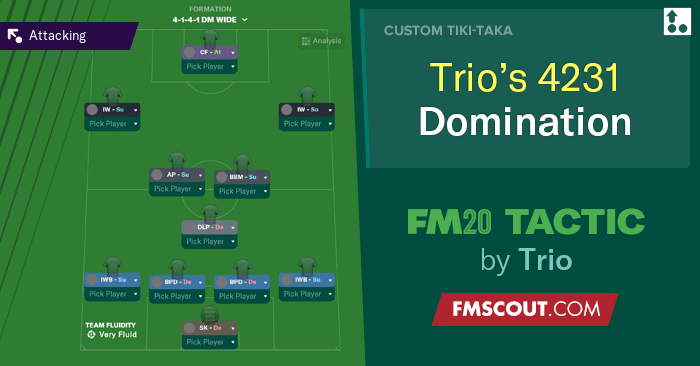 I have been a player of fm now for a few years and about 2 football managers ago my season was not going very well so i decided to create my own tactic and things soon turned round so i kept the same tactic and tweaked it until i was fully satisfied and i now feel it was ready to upload for public use.

One of the keys to this formation is.

The DLP (Deep Lying Playmaker) aim for world class this guy is going to be the heartbeat of your team he runs the show from deep in the pitch.

Also your SK (Sweeper Keeper) must have excellent one on ones stats aim for as high as possible.

Hope you enjoy this tactic and it brings you as much success as it has me.

On the screen shots is my second season so far in the premier league you can see I lost to Chelsea and Manchester United I was very unlucky in these games as I was either down to 10 men or conceded injuries to major players the Watford defeat was because I still had my b team and youth players in the team accidentally keeping youth and b team players in after a low key Europa League match. 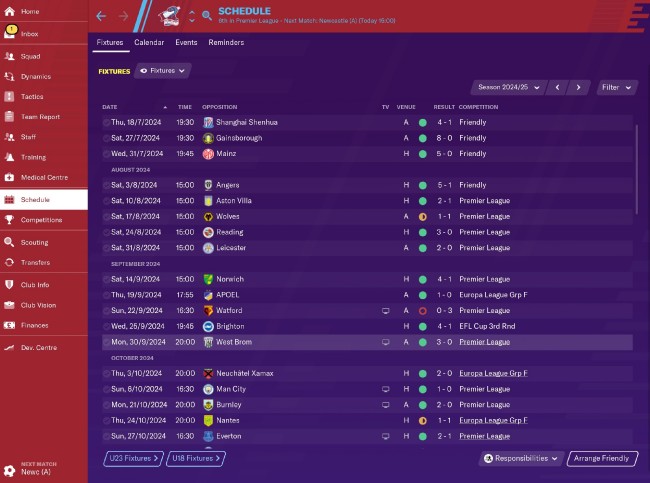 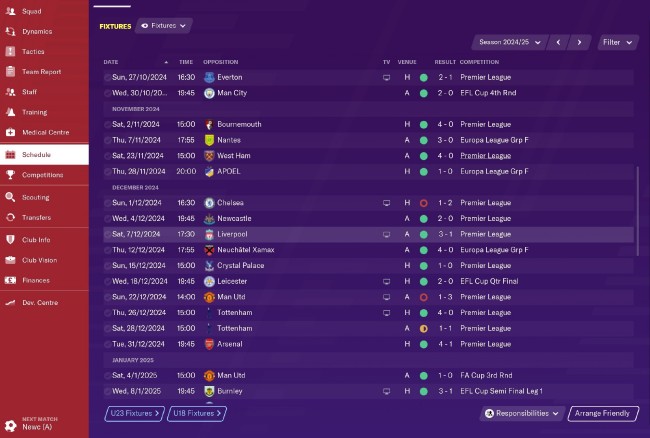