Search
On FM Scout you can chat about Football Manager in real time since 2011. Here are 10 reasons to join!
Home › Downloads › FM 2021 Download Area › Football Manager 2021 Tactics ↓
Download Now
Downloads: 1022 / Size: 42.3 kB / Added: 2021-04-12
This tactic was inspired by Pep Guardiola Manchester City's tactic against Liverpool on 8th February. Foden started at a false 9 position, linked up the play with Sterling and Mahrez, Gundogan supported from the midfield with goals.

I have created a 4231 based tactics, with SS on the top, IW(a) on both sides and 2 Segundo Volante at the DM position to provide vertical movements. While a roaming playmaker in the middle of the pitch to create clinical passes to unlock the defence.

So here is the formation and roles 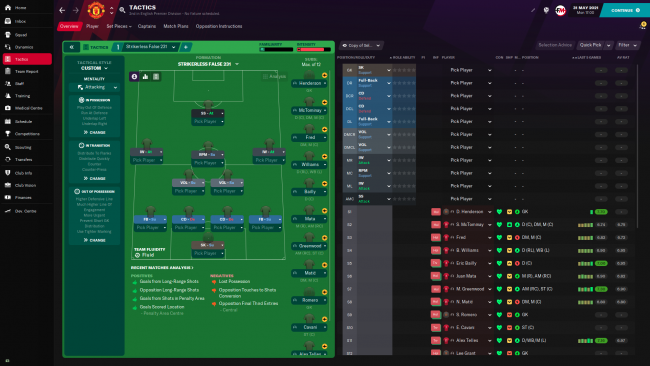 The task of the back 4 is just very simple. They don't need to go up on the pitch. They just need to stay back all the times. SS and IWs start at unmarked positions so that they can receive the ball easily. The reason why I used the IWs in the midfield position instead of IWs in the AMLR positions is that IWs in the midfield can defend more solid that AMRC positions. Also, underlap on both sides is used because I want to encourage the wide players to hold up the ball, pass the ball to the Segundo Volante when they arrive from deep. Run at defence is also used because I want the players to run with the ball to create more spaces. 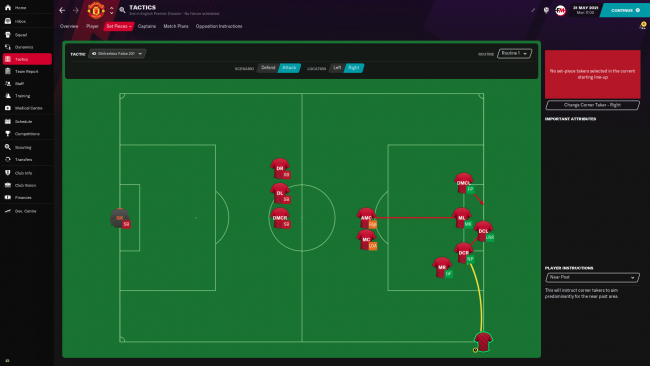 I have tested this tactic with Man Utd. At the end of the season, we won the Champions League, FA Cup and the Carabao Cup. However, we finished in second place in the Premier league. 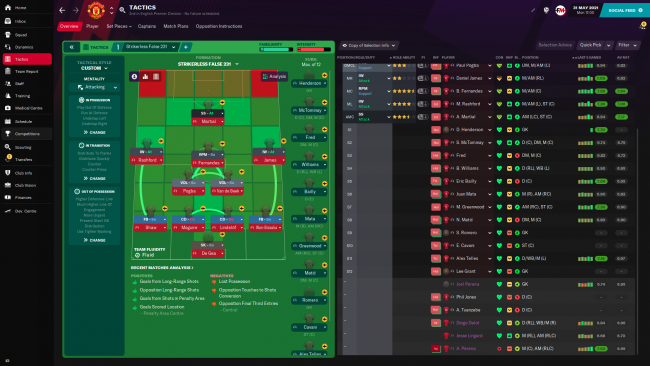 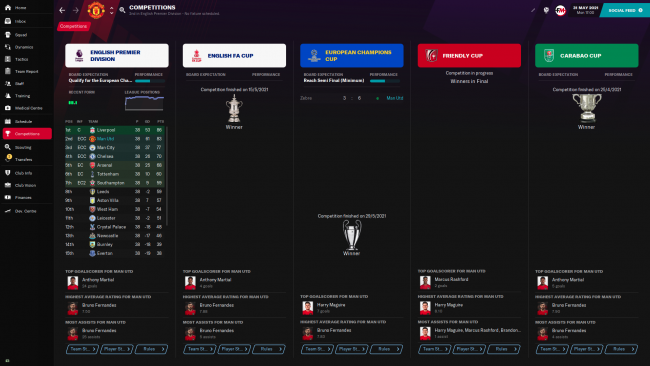 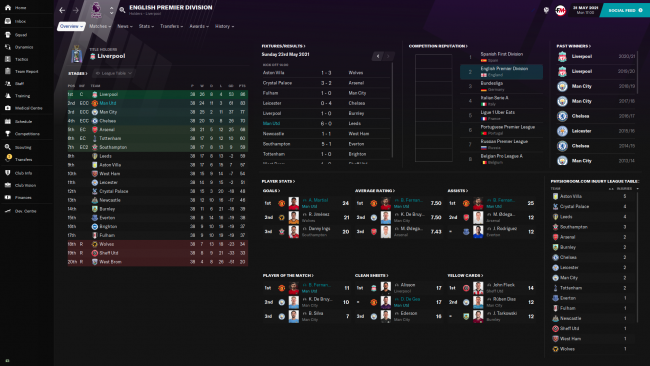 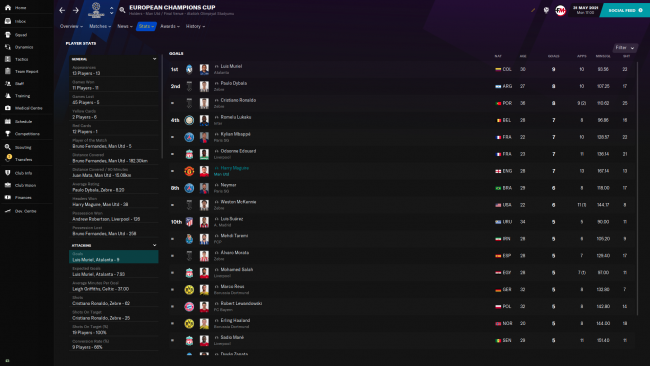 Antony Martial is the top scorer in the Premier League. Bruno provided 25 assists for the team.