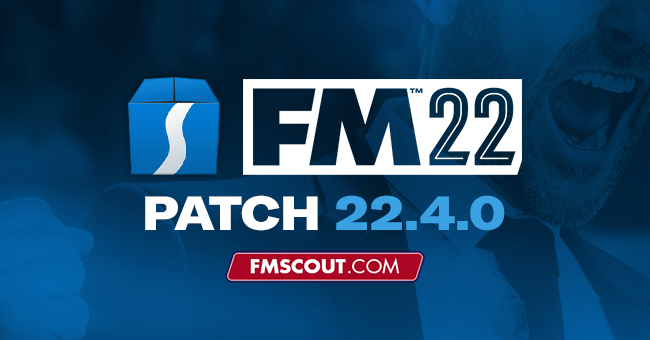 Sports Interactive have released the February Transfer Window Update for Football Manager 2022 on March 24th. It was a bit delayed due to the changes with Chelsea's ownership and the war in Ukraine with its consequences to Russian football.

It is the third year in a row that we get the winter transfers data in 2 parts instead of 1, so it's likely this approach will be the norm going forward.

Deals that happened in China, Russia, MLS, as well as free transfers in the EFL are included in this Update.

A gameplay patch containing fixes and improvements across multiple areas of the game is also included in this Update. These fixes will work in your existing saves.


The Final Winter Update for Football Manager 2022 is now complete, with this second part covering transfers from windows that closed during February, database updates and a few outstanding gameplay fixes.


To gain access to the new data and updated league rules you will be required to start a new game, however the majority of changes and fixes are save game compatible meaning you’re fine to continue any pre-existing save.
This means that upon starting a new game, the latest database will be available with updated squads, managers and everything else which happened before the February window closed.


To update you will need to close down Football Manager 2022 and re-launch for it to update. If this does not work for you or you feel it has not updated you will need to restart Steam or Epic Games.
Even if that doesn't do the trick, then verify the game cache will.

This Update is now live on FM22 (PC/Mac/Xbox Game Pass for PC), FM22 Xbox Edition (Console/PC/Game Pass) and FM22 Touch (Nintendo Switch). The FM22 Mobile (iOS/Android) one will arrive in a few days.

Here's what the last bullet means in a nutshell:

For any feedback in regards to this update, please use the official FM22 Feedback Thread (requires free membership on Sports Interactive forum).