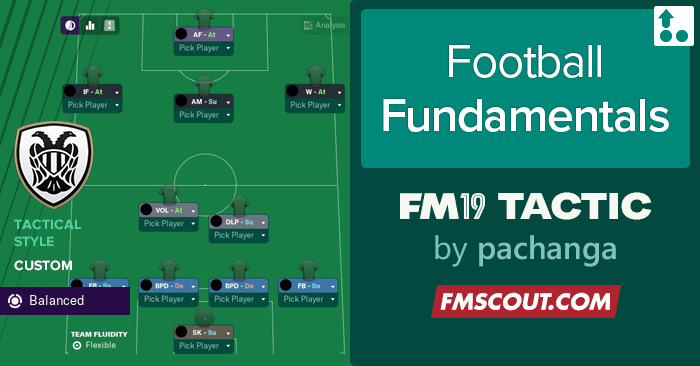 Here I have created a tactic for PAOK FC, which works really nice and has the club playing fundamental football without leaking too many goals.

After finishing all my transfers, I went on vacation before the first official game and returned after the end of the season.

This tactic has given me great results. It has allowed me to have 55-60% possession even away from home. Basically I had the assistant take over training, transfers in December, and everything else. He just had to use this tactic. And as it seems, it worked fine. I will try it with Everton to see how it works in the Premier League.

After checking my matches, I had a few red cards due to Eugene Khacheridi; so, I ended up playing shorthanded in a few games. Managed to qualify to the Champions League in the non champions row (after 3 qualification phases vs Ajax then Basel then
Spartak Moscow).

In the group stage I didn't manage to qualify, but pulled off some nice victories.