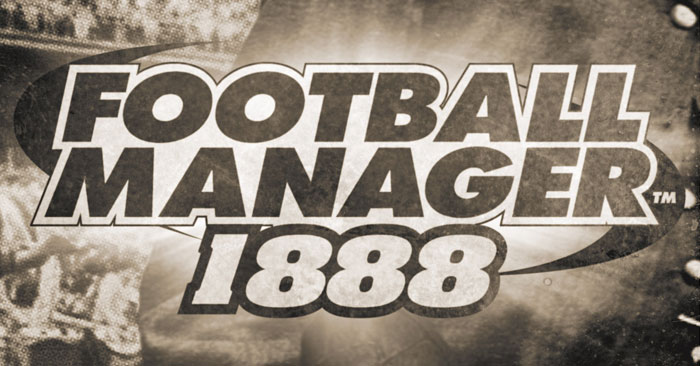 Sports Interactive traditionally had a bit of fun with April Fool's Day. But, in these confusing times, they chose not to prank us with some nonsense. Instead, they revisited one of their favourite efforts from a few years back. 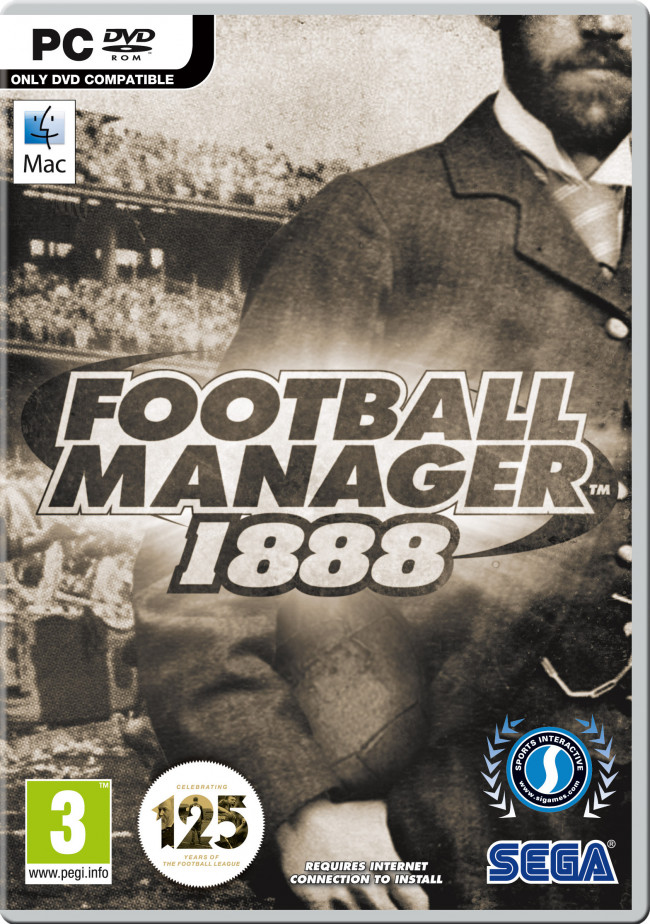 Manage in the very first season of The Football League, complete with a Sepia filter and hand-written inbox items. 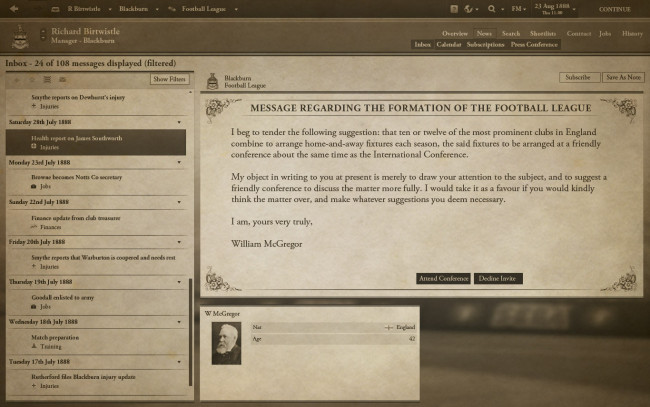 Into the tactics suite, you can find Preston North End's revolutionary 2-3-5 system. Which helped them go on to become Invincible in that iconic season. 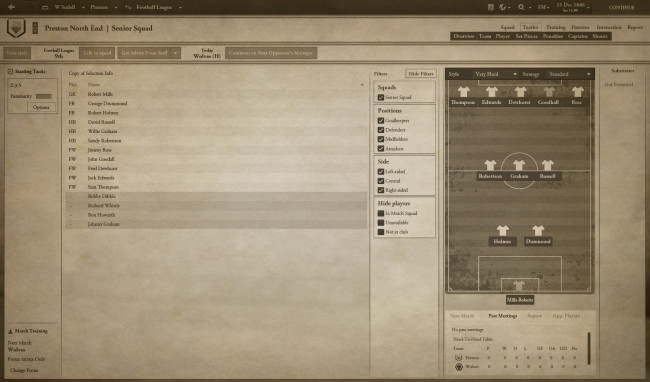 Attributes were, of course, different in those days too. Finishing was less of an issue, it was all about Ball Kicking and Gentlemanliness of course. 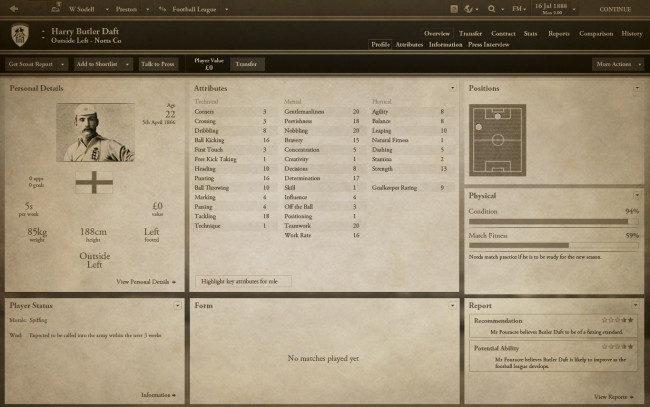 The way we communicated was different back in those days too... perhaps player power wasn't as large and agents didn't get in the way. Simpler times. 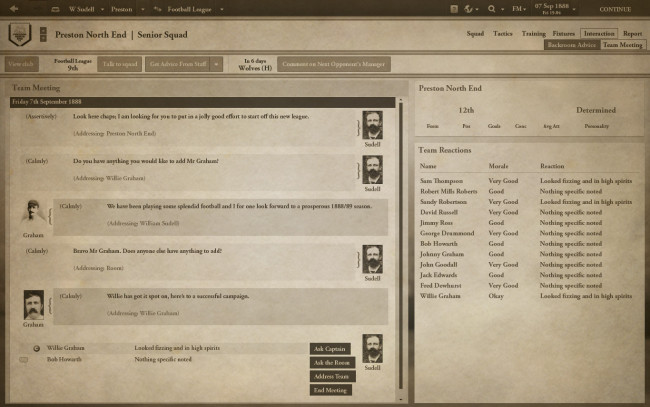 
Would you have an interest in such a game?
How about a legends throwback database from that era?
Or just a skin with this kind of sepia filter?

Let us know in the comments.