Search
FM Scout is the only community you can talk Football Manager in real time. Here are 10 reasons to join!
Home › Scouting › FM 2013 Best Players ↓ 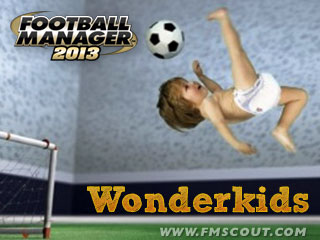 Welcome to the best list of wonderkids in Football Manager 2013 by FMScout.com.

Like every year since 2010, I have dedicated many hours into producing this list to make sure this is really the greatest wonderkids list around the web.

I firmly believe it is easily the most in-depth and well-presented list of the best young players in Football Manager 2013. I'll be updating this list often to reflect all official data updates.

This is the successor of what has been the best list of FM 2012 wonderkids and FM 2011 wonderkids. Each of those lists have received around 2 million views or more and are considered the most popular single articles around the scene, by far.

This is the second edition, including roughly 750 players! The list is being updated in parts to reflect the changes in the last official data update (13.3.0).

So far I have updated GK, DC, DL, DR, DM, MC, A/ML and A/MR, and added recommendation stars to make it easier to find the best players. During the next days I'll be updating all remaining positions, perhaps 1 more position per day.

Remember that by wonderkids, we are referring to players with amazing potential ability and great or decent current ability up to the age of 20.

We cannot reveal CA/PA because it would be against the rules of SI.

This list features the best young players in the game, some of them will already be wonderkids, other should be pretty close and there will also be the ones that should have the potential but it's not certain they will make it before they turn 21!
I have expanded the list to include more young talents who might not always have great potential (e.g. -8 PA), but recommendation stars will guide you through.

What do the Stars mean?

Click on the table headers (name, age, etc) for easy sorting.
You can also sort by multiple columns if you press and hold Shift while clicking the headers.

Please post your suggestions for the ones we might have missed or the ones that shouldn't be here. Any questions regarding those players feel free to ask.

80 comments have been posted so far.