Sports Interactive have been working in the background for quite some time on what they liked to call #projectshrinkray. Now we know why they had chosen that code-name.

As of today (9th April 2015), Football Manager Classic 2015 is coming to high-end iOS and Android tablet devices (keep reading to find out if your tablet qualifies).

FMC was first introduced as a standalone game mode in FM13, and if you’re yet to try it out, it allows players to simplify the way you manage by focusing on the essentials of taking your team to the top. This means you can still enjoy the 3D match engine, plus full a FM database of players, but in a less time-consuming way.

Now the FMC experience comes to high-end tablets for the very first time, which lets you take control of any real-world club (from a selection of 117 leagues from 51 nations) and lead them to glory on your tablet! Follow the action from the touchline through the Football Manager 3D match engine – available for the first time ever on Tablet.

An Immersive Match Day Experience – including 3D match engine
For the first time on tablet you can watch the action unfold through the 3D match engine, choosing from a wide variety of camera angles. Plus, you can benefit from a stream of detailed in-game stats and reports, advice from your Assistant and additional score updates from the rest of the league.

An Intuitive, Touchscreen-optimised Menu System
Everything you need to control every aspect of your club is literally available at your fingertips.

Global Player Scouting
Oversee a comprehensive scouting network to help you unearth the next superstar from a database of more than 150,000 players across the world. Recruit your scouts based on their knowledge of leagues and regions and get in-depth scout reports alongside clear search options and results.

Player, Staff and Media Interaction
Want to put your point across to the press, lay down the law to your players or demand more from the board? It’s all here.

Comprehensive Player and Team Training
Take full control over the development of your squad and their day-to-day training; set a general team focus, outline specific routines for individual players or even schedule rest days. Or, if you want to keep your mind on match days, you can delegate all of this to your Assistant.

A Flexible Management Structure
You decide how much control you have over day-to-day club management. Either delegate tasks to your Assistant Manager or immerse yourself in every aspect of the club. You can even choose to hire a Director of Football to deal with transfers or a Head of Youth Development to look after young talent.

An Accelerated Gameplay Option
With Football Manager Classic 2015 you can choose the ‘instant result’ option to skip straight to the end of a match and thereby accelerate your progress. Should you choose this option, match plans allow you to decide upon a strategy for your team to follow whatever situation may arise during the game.

Challenge Mode
Test your management skills with a range of short-term challenges. Can you win a trophy with a team consisting almost entirely of kids, or could you guide your club to safety despite being bottom of the table after half a season?

Plus Much, Much More...
Football Manager Classic 2015 also includes a wealth of other options, including, deep post-match analysis and a variety of in-game unlockables for those managers who want to accelerate their progress.

If you are wondering what's the difference between FMC15 and FMH15, refer to the comparison tables below. 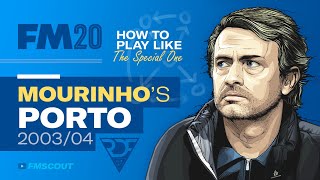