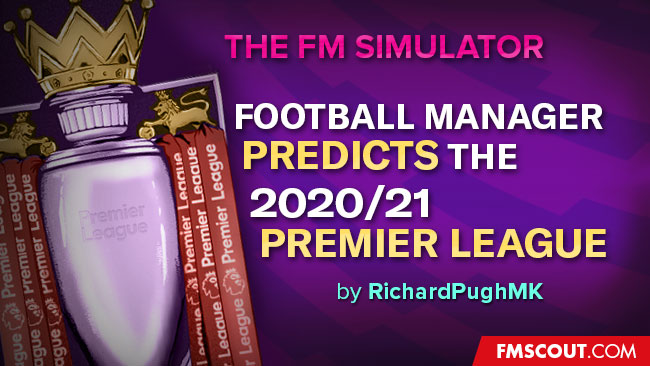 Hello, my name is Richard and I thought I would run a simulation of the FM20 season with the summer 2020 transfers supplied by pr0 and FMTU (thanks all for this, saved me a lot of time). Now I know the English football league window is open another week and I will do another one when that closes just because I expect some changes.


I ran this with the following leagues, English leagues up to league 2, Spanish first and second and the French first and second. I will cover transfers for the major leagues and all of the English Premier League teams main focused on Tottenham, the team I support.

So the first one is complete, nice and quick too, the Premier league was once again won my Liverpool but only by 1 point from Tottenham, with Man City in 3rd and Chelsea in 4th, Man U, Arsenal and Wolves making up the Europa League qualifiers. Relegation was Fulham, Aston Villa and West Brom with Brighton managing to survive on goal difference. Top team goal scorers were Tottenham by 2 and the best defence was Liverpool and Tottenham on 34 each. Interestingly relegation was between the bottom 4 as Crystal Palace were 8 points clear in the end.

There was a joint top goalscorers in the Premier league of Aubameyang and Mané with 19, Cavani behind on 17 and Kane finishing on 16 equal with Timo Werner.
Assists master was Joao Moutinho from Wolves, clearly loving life without Jota with 16 and Alli in second with 13 followed by De Bruyne and Fernandes on 12.
Interestingly Cavani took over penalties for Man U and got 2 with Jimenez and Maupay.
Hugo Lloris only let in 30 goals all season keeping 15 clean sheets but was pipped to the golden glove by Ederson who got 16 clean sheets.
Man of the match awards was well won by Ziyech on 11 and behind him was Kane, Firmino, Aguero and van Dijk on 7.
Interestingly Ozil played for Arsenal quit a bit.

Managers who got the sack were Pep Guardiola at the end of the season, Graham Potter at Brighton replaced by Gerrard on the 7th December, Dean Smith at Villa on the 14th December replaced by Eddie Howe and Crustal Palace manager Roy Hodgson on the 14th March replaced by Martin O'Neill.

The transfers in the Premier League were very interesting indeed, the top transfer was Ousmane Dembele to Chelsea for £107m followed by Jose Gimenez from Athletico Madrid to Man City for 103m. Rafa moved from Benfica to Man U for £69m and Tottenham picked up James Maddison for £57m. Liverpool did some business buying Demiral for £55m and Gabriel from Benfica for £52m (Benfica got raided) and also picking up Edouard for £29.5m. Man City picked up Depay for £39m and Arsenal only picked up Vanheusden form Standard for £33m.

The biggest outside the Premier League was Musso going from Udinese to AC Milan for £42.5m.

The Carabao Cup next and the winners were Chelsea beating Man City 2-1 after extra time, Tottenham interestingly went out in the 3rd round to Liverpool 2-1.

The FA cup was won by Liverpool beating Man U 3-1 in the final, Tottenham on this one went out again 3rd round but to Man U 3-0.

The Champions League was won by Real Madrid, beating Bayern Munich 1-0 in the final, the only English team ot reach the Quarters was Liverpool going down 3-2 on aggregate to eventual winners Real Madrid.

The Europa League was won by AC Milan beating Benfica 2-0 in the final (not doing so bad for losing a lot of players), Tottenham managed to get to the second knockout stage losing to Napoli 1-0 on aggregate and interestingly Rangers made it to the semi finals.

The best player in Europe was Virgil van Dijk in a surprise win over Messi and Ronaldo, Joao Felix won Euopean golden boy. Messi wins the golden shoe with 36 goals. World footballer of the year was Messi in no surprise with Neymar and Mbappe behind. World player of the year in another surprise was Suarez. Team of the year only had 1 surprise in Ismaily from Shaktar Donesk at left back.

Now on to Tottenham, so many goals even though some early exits from the cups, no silverware is surprising but 2nd is good. Kane and Bale both finish on 20 goals with Son getting 16 and Dele on 13 with Dele being the creative force with 15.

With the Spanish First Division Athletico Madrid won with Real in second and Barcelona in 3rd and Seville making out the top 4.

In the English Championship Bournemouth made a swift return to Premier league winning by 8 points from Watford, also returning and Notts Forest 5 points further off on 81 points coming through the playoffs winning on penalties over Swansea. Dropping down to League 1 were Wycombe, Cardiff and Sheffield Wednesday in a couple of shocks.

League 1 we had Sunderland making it back to the championship with an outstanding win on 95 points and Hull in 2nd on 87 winning promotion and Fleetwood winning the playoff 2-1 in extra time over Peterborough. Relegated were Rochdale, Northampton, Burton and Swindon.

League 2 was won by Salford on goal difference over Walsall and was joined by Bradford City and Forest Green Rovers who got promotion via the playoffs beating Oldham on penalties to do so. Relegated was Leyton Orient sadly and Scunthorpe.

Ligue 1 was unsurprisingly won by PSG with Lyon and Bordeaux getting Champions League with Reims, Marseilles and Monaco getting Europa League. Nimes, Lens and Metz relegated. Promoted were VAFC, Guingamp and Troyes, the latter beating Nimes in the playoff final.

FM20 simulation with 2020 summer transfers and no transfer window

So this one was nice and quick as I only chose the English leagues up to League 2, I made sure there wasn't a transfer window this time and this one was surprising. 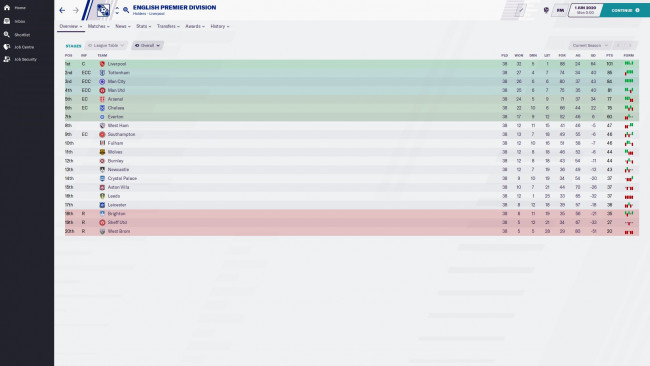 Liverpool won the Premier League by a massive 16 points only losing 1 game all season to Man U, Tottenham finished second in Mourinho's first full season with his signings a point ahead of Man City and Man U made up the top 4 3 points further a drift form City. Then Arsenal and Chelsea got the Europa League on league positions with Southampton gaining the final position via the cups with Everton missing out in 7th place. Relgation struck for West Brom, Sheffield UTD and Brighton, the latter missing out by a point from Leicester in the big surprise of the season. 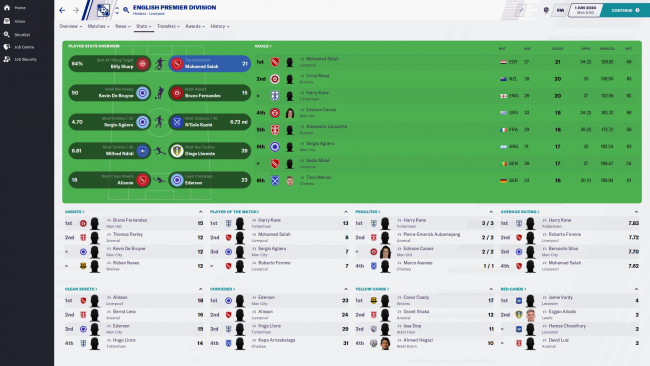 Player stats we close, top goal scorer was Mo Salah on 21 with Kane and Wood behind on 20.
The creative force was Bruno Fernandes with 15, 3 ahead of Partey, De Bruyne and Neves, Alli 1 behind on 11.
Man or the match awards went to Kane with 13 a whopping 5 ahead of Salah in second.
Kane topped the penalties list with 3/3 and Cavani took over from Fernandes for Man U and was on 2/2.
The Avergage rating was Kane again with 7.83 a long way ahead of Firmino on 7.72.
Ederson conceded less with 23 a goal less than Alisson on 24 and Lloris was 3rd with 29, clean sheets fell to Alisson with 18, 2 ahead of Leno on 16 and Ederson on 15 with Lloris on 14.
Surprisingly Vardy was sent of 4 times which would've contributed to their poor season. 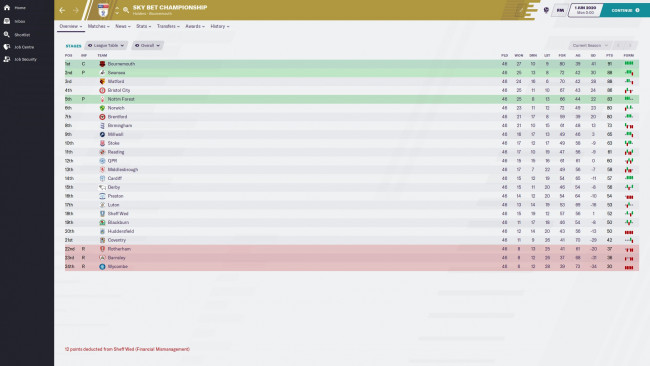 The Championship was won by Bournemouth making a swift return 3 points ahead of Swansea and Notts Forest got the playoff win on penalties over Norwich. Relegation fell for Wycombe, Barnsley and Rotherham. 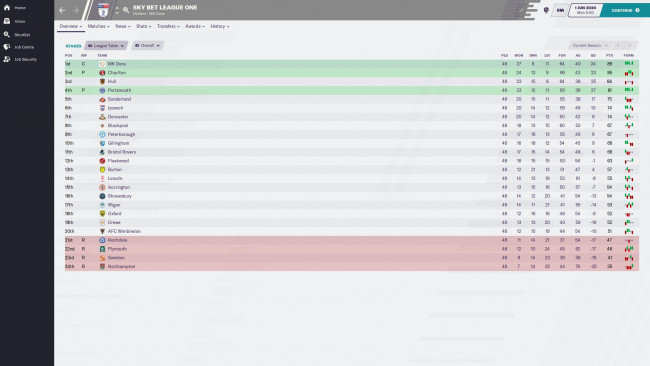 League one was surprisingly won by MK Dons who were 4 points ahead of Charlton in second and Portsmouth won the playoff final 1-0 over Ipswich to get back to the Championship. Relegation fell for Northampton, Swindon, Plymouth and Rochdale. 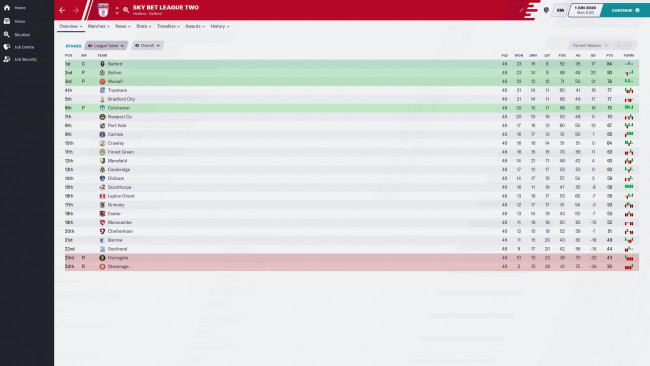 League two was won by Salford by a point over Bolton with Walsall getting the last automatic promotion place and Colchester beating Tranmere 2-1 in the playoff final. Relegation fell for Stevenage and Harrogate falling out of the football league.

Cups, so this time I'll start with the Champions League and this was won by Liverpool, beating Athletico Madrid 3-1 in the final. Tottenham won the Europa League making it a clean sweep for English teams beating Roma 3-0 in the final by a hattrick from Gedson. Tottenham doing the double by winning the FA cup over Liverpool in a 2-0 win. The Carabao cup was won by Southampton beating Everton 2-1 after extra time. 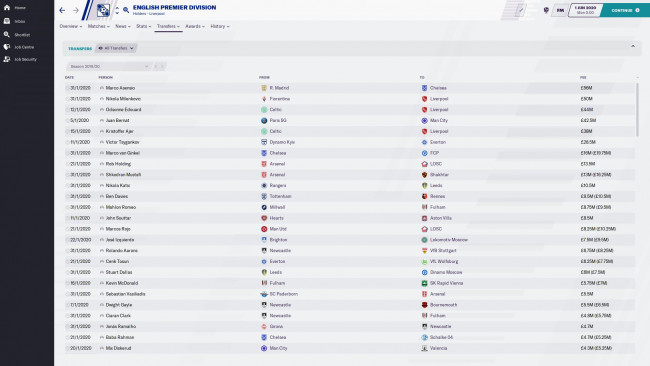 The January transfer window was fairly active, Chelsea spent big on Marco Asensio for £56m and Liverpool spending well too with Milenkovic from Fiorentina for £50m and Edouard from Celtic for £44m and Ajer too for £38m. Man City bought Bernat from PSG for £42.5m. Maybe not surprisingly Tottenham did not spend a penny although they sold Ben Davies to Rennes for £10.5m.

The biggest transfer outside the Premier League was Benitez from Nice to Lyon for £19.5m. 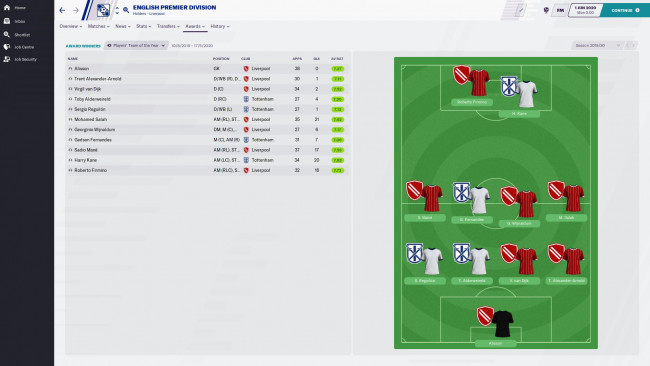 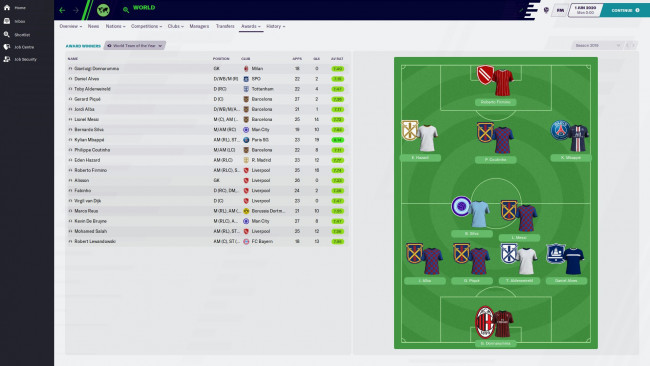 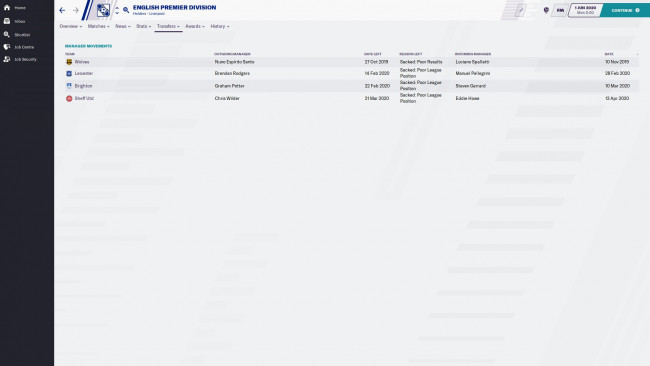 In conclusion we saw Liverpool winning 2 in a row and Tottenham finishing second in both setups, without the transfer window both Liverpool and Tottenham do doubles marking an end to 12 years without silverware for Tottenham and the falling of some big clubs. Salford getting promotion to League 1 seems to be a forgone conclusion also and same can be said for Bournemouth's return to the Premier League. As a Tottenham fan this has added to my already huge excitement for the season ahead and lets see how close these get?!