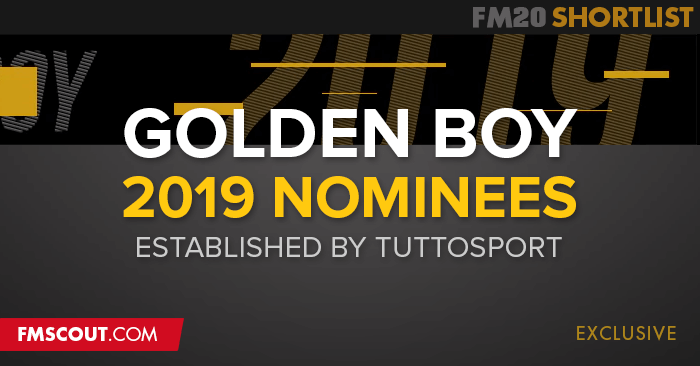 The list of nominated players for the 2019 Golden Boy award is spread over multiple voting rounds until the final round with 20 players.

I created this FM20 shortlist for you to download and import it right away in your FM 2020 saves.

The Golden Boy is an award that is given by sports journalists to a young football player playing in Europe perceived to have been the most impressive during a calendar year (two halves to two separate seasons).

All nominees must be under the age of 21 and play in a European nation's top tier.

The winner of 2019 Golden Boy award is Joao Felix.