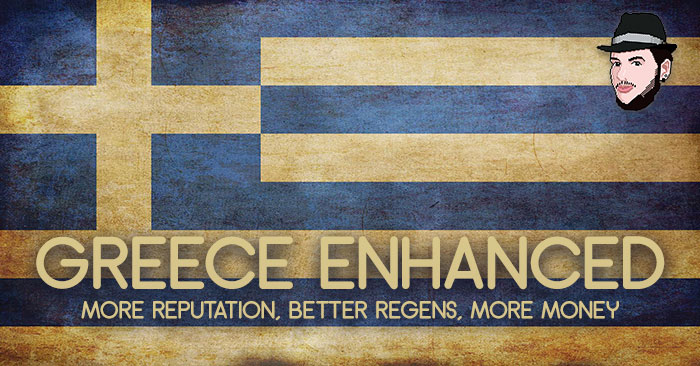 Hello and welcome to a fantasy world where Greece is a worldwide football power. You can play with any Greek team from the 4 top divisions (Superleague 1, Superleague 2, Football League, G' Ethniki).

Let's see what this scenario can offer:


This scenario was made using the editor data of Greece provided by pr0 + FMTU that is included in FM21 Transfers & Data Update Packs and you can find it here.

Plus I've created a team named Morakikos Nikaias that starts from the bottom of the football pyramid and can sign only Greek players. You can select this editor data to start instead of the one mentioned before, with the same changes (reputation, sugar daddies etc.) and you can face a bigger challenge with this team. I've also included the team's logo in Metallic style the face of the president (famous Greek singer, Giorgos Mazonakis) and the team's kits.

You must put the editor data in Documents\Sports Interactive\Football Manager 2021\editor data and choose one of them before starting a new game. You can use it with any other editor data you want except from any that changes the rules in Greece or unlocks more divisions. Played and tested from many users in my YouTube/Twitch community.

YouTuber, Streamer & Caster
Creator of FMTGW Official Skin
Creator of Do It Like Greeks Skin