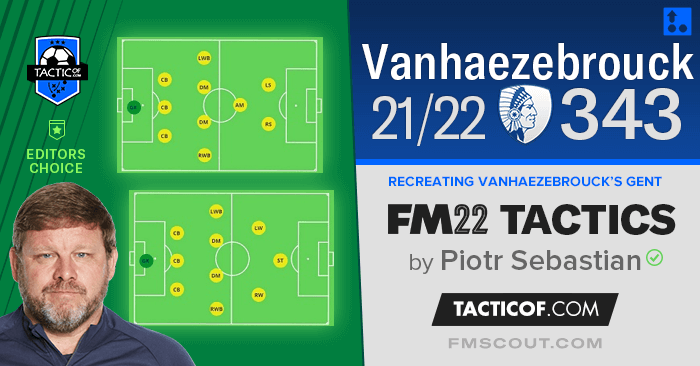 At Gent Hein Vanhaezebrouck prefers a 3-4-1-2 starting formation. In transition phase the team flexibly changes shape to suit the opponent’s formation, which determines the pressing area. In the defensive phase they mostly set up 5-3-2.

Offensive players including both forwards (Depoitre, Tissoudali) play a large role in the pressing. They press aggressively against the rivals’ defenders, although this pressing is not very high and is always done in contact with the second line of pressure.

One of the forwards is always heavily involved in the defensive phase, while the offensive midfielder often goes deeper into the middle of the field, splitting the two central midfielders and giving support in the centre.

Every player in the Gent team performs some sort of defensive task. The back five remains compact and keeping a compact shape forces opponents to play the ball in wide areas. The defensive line moves towards the ball moving as one team, not allowing any gaps in their zone.

When opponents try to play from deep then the three offensive players press higher with the task of forcing a mistake as soon as possible.

In attack the team is very dependent on two forwards with the third offensive player (Hjulsager or Odjidja-Ofoe) absorbing the attention of the central defenders with his movement in the forecheck and his entries into the penalty area.

The more mobile of the two strikers often goes deeper into the center and presses the opponent when in possession of the ball. Meanwhile the other remains more up front, although he is also the recipient of high direct passes. 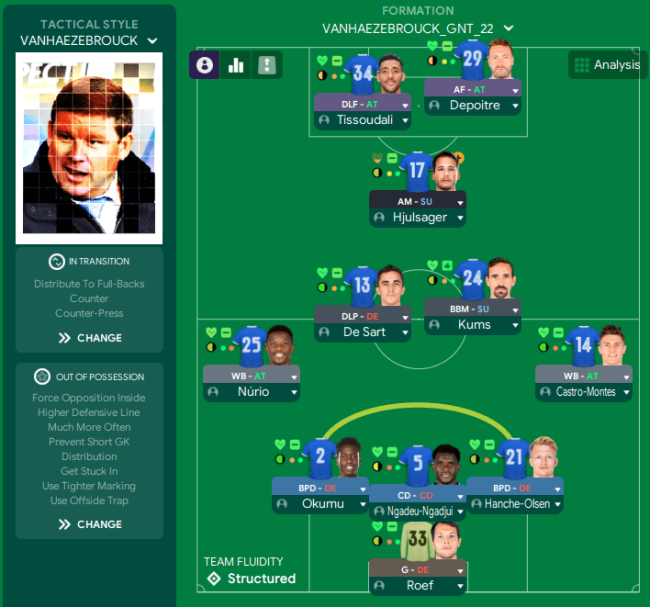 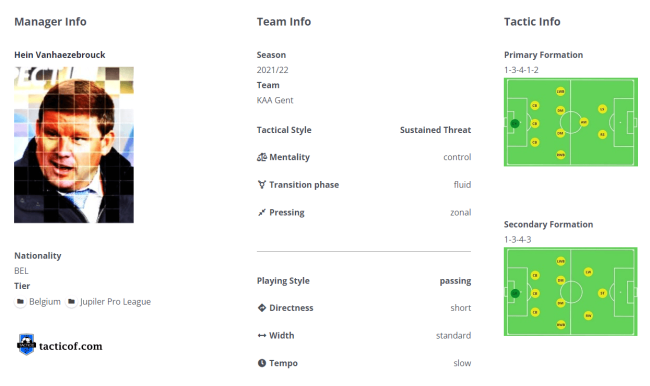