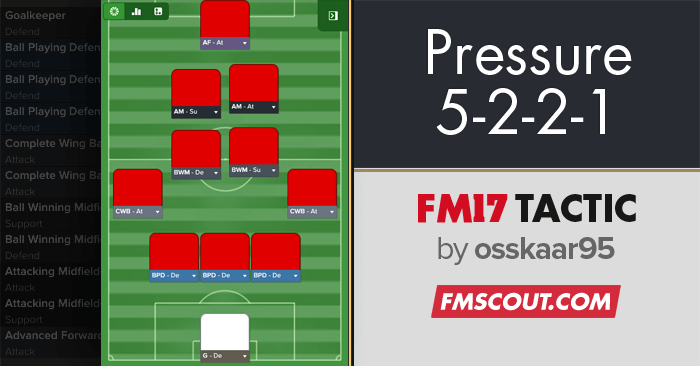 The tactic is very stable, I used it all the way throughout the seasons and it worked anyway, otherwise I try to vary as much as possible. I always use "ultra defensive" for the last 15-20 minutes at 1-0 leads and it worked well, very hard to penetrate.

I used the tactic with Sunderland where I in my first season ended up in 4th place and secured CL qualification. Defoe ended up in second place behind the Zlatan in the "top scorers". In the second season, I used the same tactic and ended up in 7th place, I had some trouble playing in many cups like CL where I unluckily went out to Bayern in the first knockout round. I'm testing it right now with Preston in the championship and I'm in 2nd place after 8 matches so it seems to work here also (on the latest update). 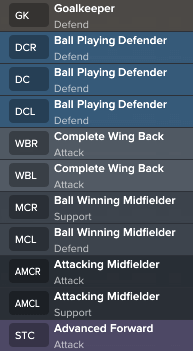 The tactic is overall very good, when I use it I always make sure to instruct the players to press the goalkeeper + defense + central midfielders (varies from opponent to opponent). 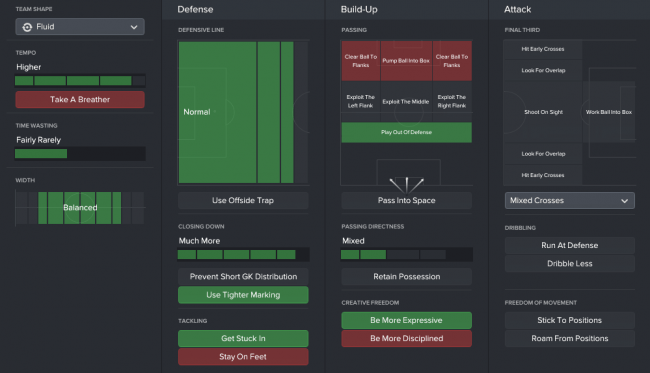 Use my attached file for instructions or if you want to do manually:

These can of course be modified, but this is what I used and tested with several clubs.