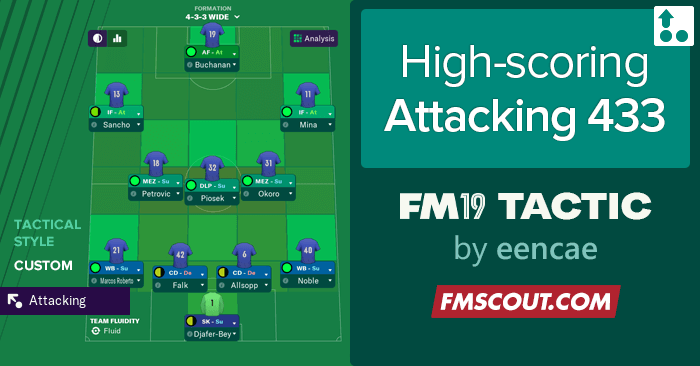 This tactic is proving very successful on my Chelsea save. I started the save on the beta and am currently in 2027/28 so there are lots of re-gens about. I've not tested it from the start of the game. The tactic is continuing to be successful on 19.1.1. 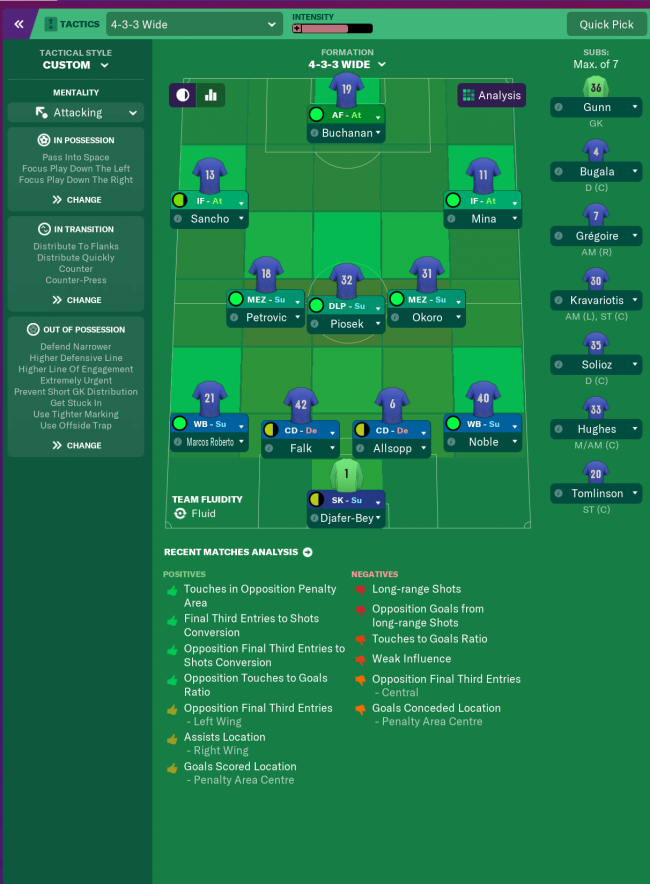 The tactic is based on 4-3-3 wide with inside forwards. Originally the deep-lying playmaker was in the DM strata, but has been pushed up to centre midfield to get better performance.

The underlying philosophy is based on Gegen-pressing. Out of possession, the players push up and aim to win the ball back as quickly as possible by pressing intensively. When the ball is won back, they look to counter quickly down the flanks. They defend narrowly to stay compact and make the tactic defensively sound.

The wing-backs support the attack and cross the ball from the byline. The Mezzala's sit either side of the deep-lying playmaker and also move into wider position to help on the counter. The inside forwards play an important role in picking up the ball and then driving into the box. As well as scoring goals, they also pick up a lot of assists. I have an excellent home-grown regen who plays as an Advanced Forward and scores plenty.

I play on Football Manager Touch and do not bother with any opposition instructions. I've also kept the set pieces at pretty much default.

The tactic results in a lot of touches in the opposition box. 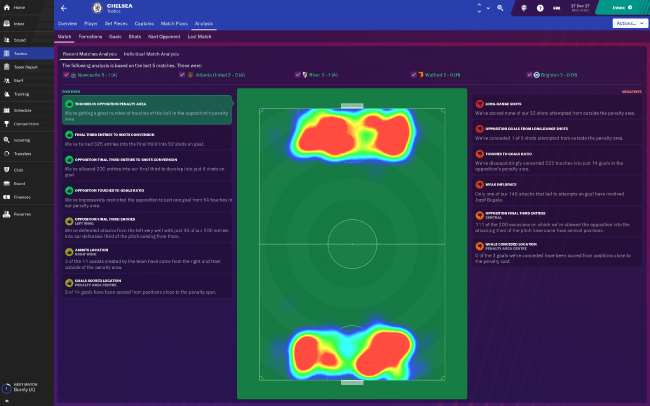 This leads to lots of shots, many of which are on target. All players (apart from the Advanced Forward) and told to shoot less to try and reduce the number of shots from outside of the box. The sheer number of shots and chances created results in some very big wins. 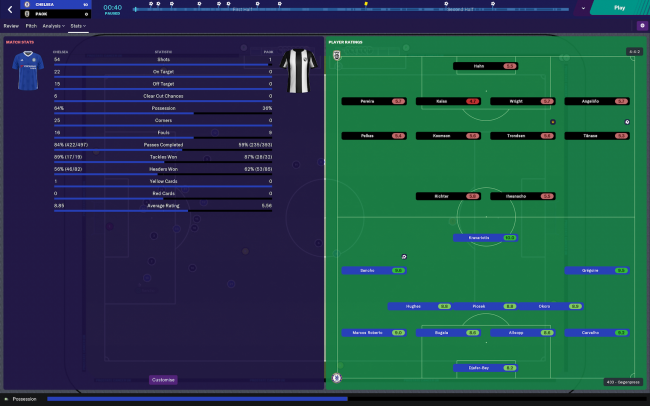 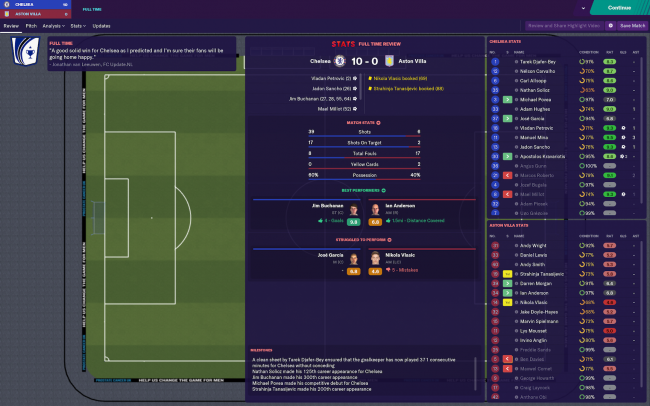 As well as some very big wins it is also tight at the back, keeping lots of clean sheets. 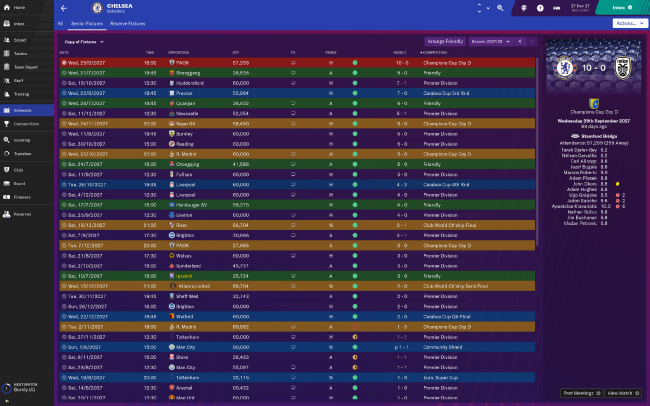 I've currently been playing it for two seasons. The first I was unlucky not to win the league as City also had an excellent season. Yet I still scored 99 points, scoring over a hundred goals while only conceding 19. I also cleaned up all the cups (including the Champions League). 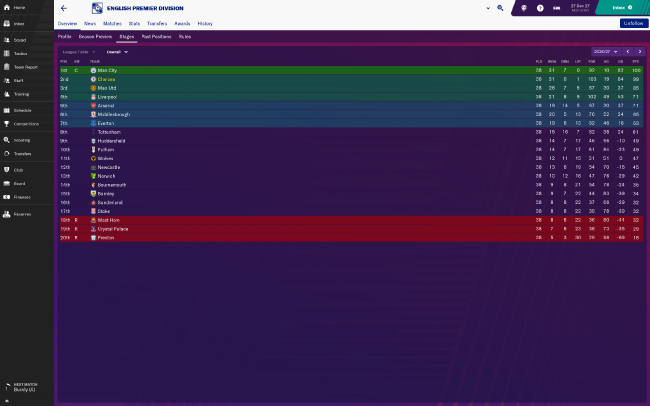 In my current season, I am clear at the top of the table. After 19 unbeaten games I have already scored 55 goals and shipped only 6. 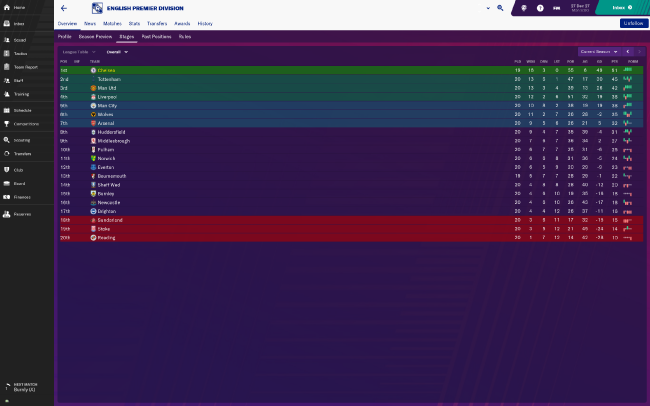 The tactic is proving extremely successful in my save. As I said in the introduction, I am using it well into the future with a strong team made mostly from re-gens. I'd be interested to see how it does with a 'real' team at the start of the game.