In order to best showcase how to approach a match from start to finish on Football Manager, we'll use an example of a very important match. League Cup Final - Salford (1st League One) VS Liverpool (2nd Premier League).

This quick guide is written by FuSS and initially appeared as an update in his FuSSfilment thread on SI forums.


Relevant Tactics (used for this example)

Tactic based on building passing triangles that advance up the two flanks.

How did I select my lineup? 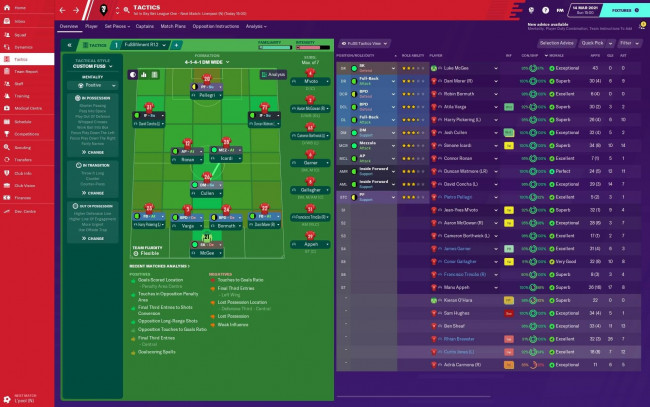 How did I do my team talk? 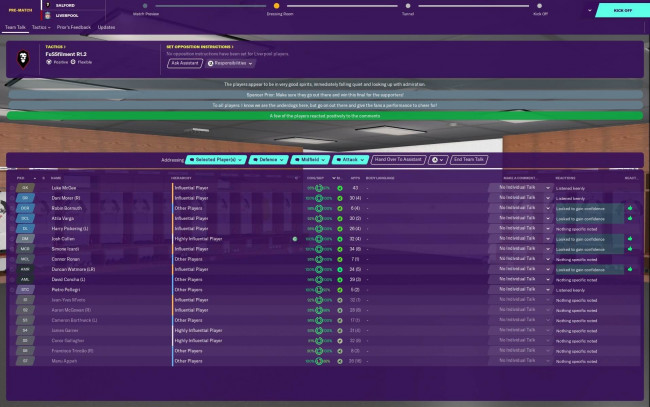 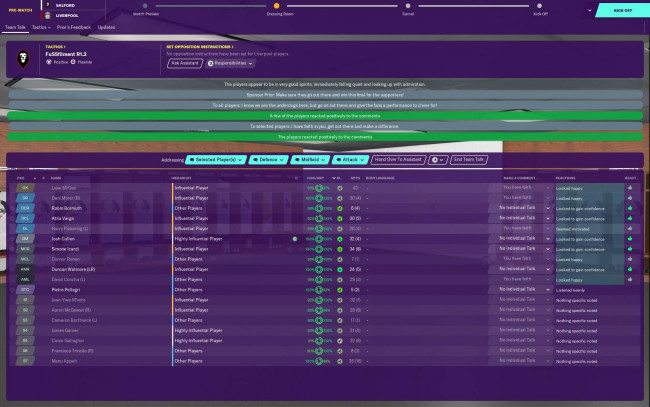 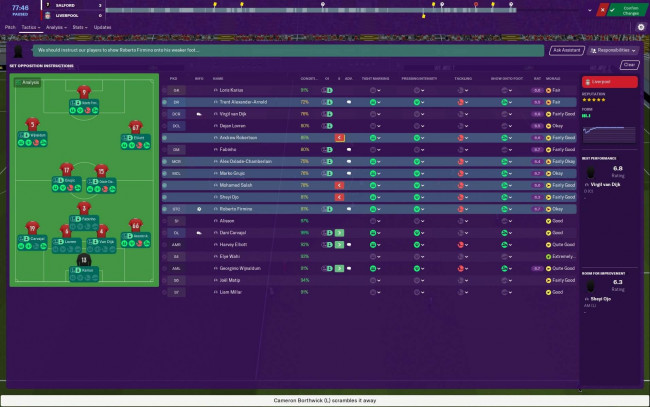 I rotated shouts as soon as the previous shout's effect worn off. 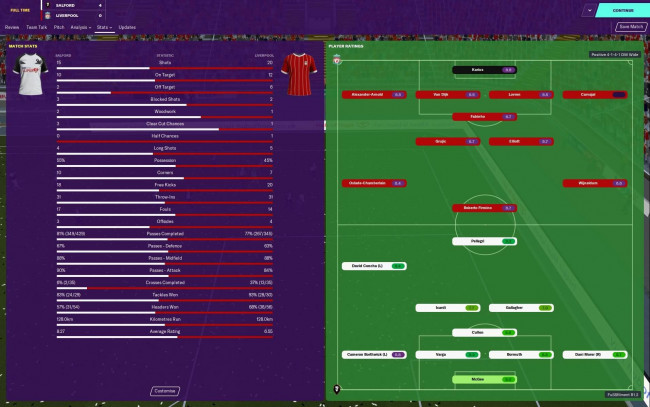 How do YOU approach a match from start to finish? Let us know in the comments below.

Discussion: How to approach a match from start to finish on Football Manager