For the sake of added realism or just making the game more difficult, "attribute-less" skins came to surface and many people spent a lot of time tweaking the default/base skin or their skins to make it possible.

It's easier than you would think.

The only thing you need is to visit the Preferences and edit the attributes threshold.

Just set "0" to "A" column in Preferences/Skin Colours, and all attributes will be blank.

And it works for both players and staff members.

How to make attributes hidden

Go to Preferences
Write "Skin Colours" in the searching panel 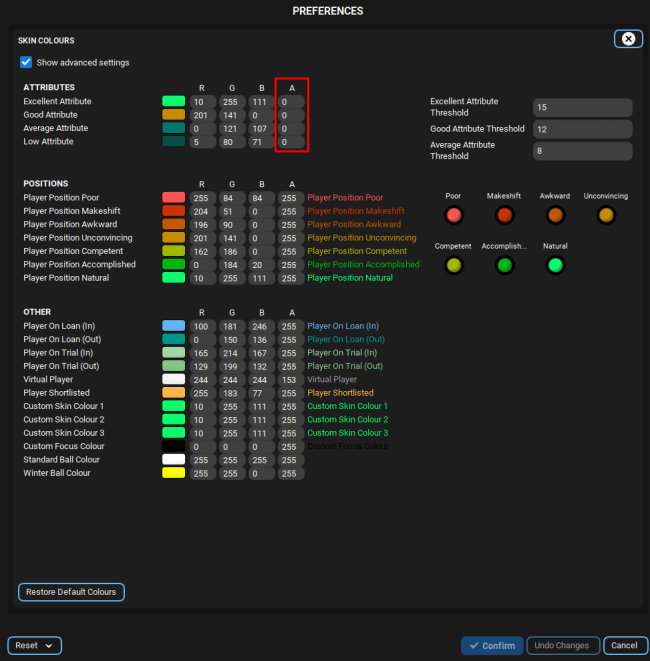 You will just make all attributes transparent by setting the value to "0" and they won't be visible.

There is no need to make some skinning edits. 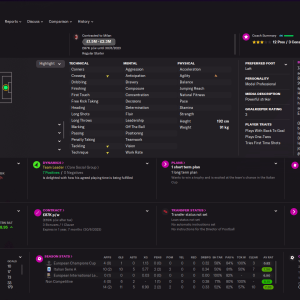 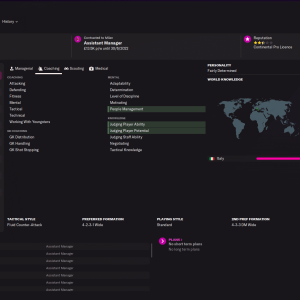 Discussion: How to hide people attributes without skinning