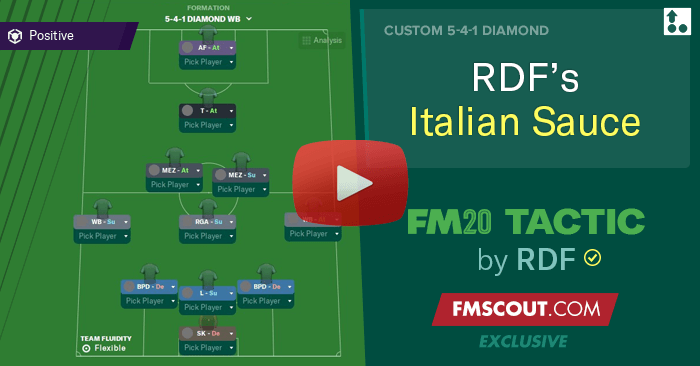 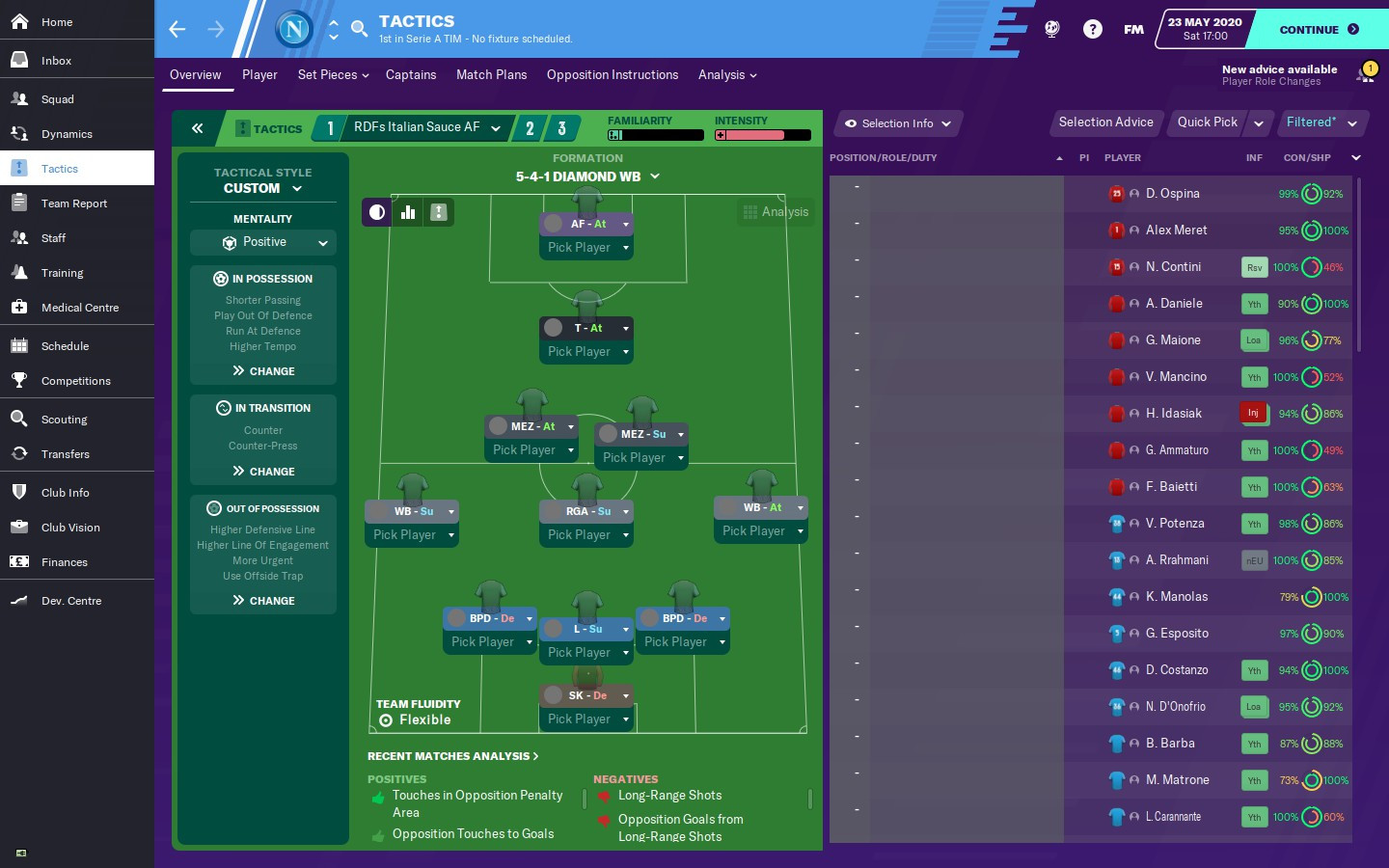 The Roles: Regista, Trequartista and Mezzala

Regista: In simple translation, this is a more deep-lying playmaker. In Italian, Regista means Director and that is exactly what we want from this role. Someone who is going to dictate play, with freedom to orchestrate. Regista is someone typically very creative, someone that is able to paint a picture and execute with elegance. When selecting Regista, in mind, i do not see this as a 'position' but purely a role. Though he's positioned in the DM position, i do not expect him to carry out defensive duties as he's a great reader of the game.

Trequartista: Now, very similar to the Regista. I don't see this as a 'position' but purely a role. When deployed as either ST or AM, you do not expect him to be as perform typically as these positions would. If deployed as ST, he would sit deeper than a typical striker would, but as AM (like how i have used this role) I do not expect him to drop deeper like a Playmaking AM would. I want him to enjoy freedom in position and have no defensive responsibilities. I expect players around him (apart from Regista) to carry him. The main job is to create goal-scoring opportunities for his team. He floats around in front of the opponents defence, even finding himself in half-spaces/channels. The skill of this player with the ball and vision is crucial to this system.

Mezzala: This role is a little less 'specialist' as the previous two roles. The term Mezzala or Mezz'ala, literally means half-winger. This role compliments the Regista so well. Regista loves the freedom to be able to move forward, using Mezzala who love to drift wide and operate in half spaces, on occasions this can free space for the Regista. Mezzala in this system will be very important as they will be carrying various jobs. They will be used to open space but also create and help overload in space. Using Wing-backs, Mezzala helps them not be so isolated and when the ball has travelled forward, the Mezzala can also help stretch the oppositions defence by roaming around looking for pockets in the channels. If defenders choose to follow, this can leave gaps for the central players like Regista, Trequartista and also the Striker.

Rest of RDF's System:: For the rest of the system, the back 3, is to give us solidarity, they all asked to hold their position. It's made up with two Ball-Playing Defenders who are asked to operate in wider spaces when he have possession, they also possess the ability to bring the ball forward. Between two BPD, i use a Libero, who will act similar but in cases, can drop deeper to sweep up the dangers and on the ball, will be a bit more of a specialist in bringing the ball forward. On the flanks, we have two Wing-Backs, who will be the players offering us natural width. To add some variation in attacking movement, one will be a lot more attacking than the other whilst the other will be a more supporting act, being able to help out in Midfield a lot more often as in Midfield, we have many players roaming around. The Striker has two jobs, when playing against teams sitting, he will be a DLP, looking to drop deeper at times in attempt to draw out the opposition defence. But most times, his role is Advanced Forward, being the main focal point/spearhead. His job now will be to score goals and stretch defences...As a team, we are looking to play in a control manner, always wanting to be on the ball to create opportunities with some high tempo. Off the ball, we must work hard in order to get the ball, we want to suffocate the opposition not giving them much time at all 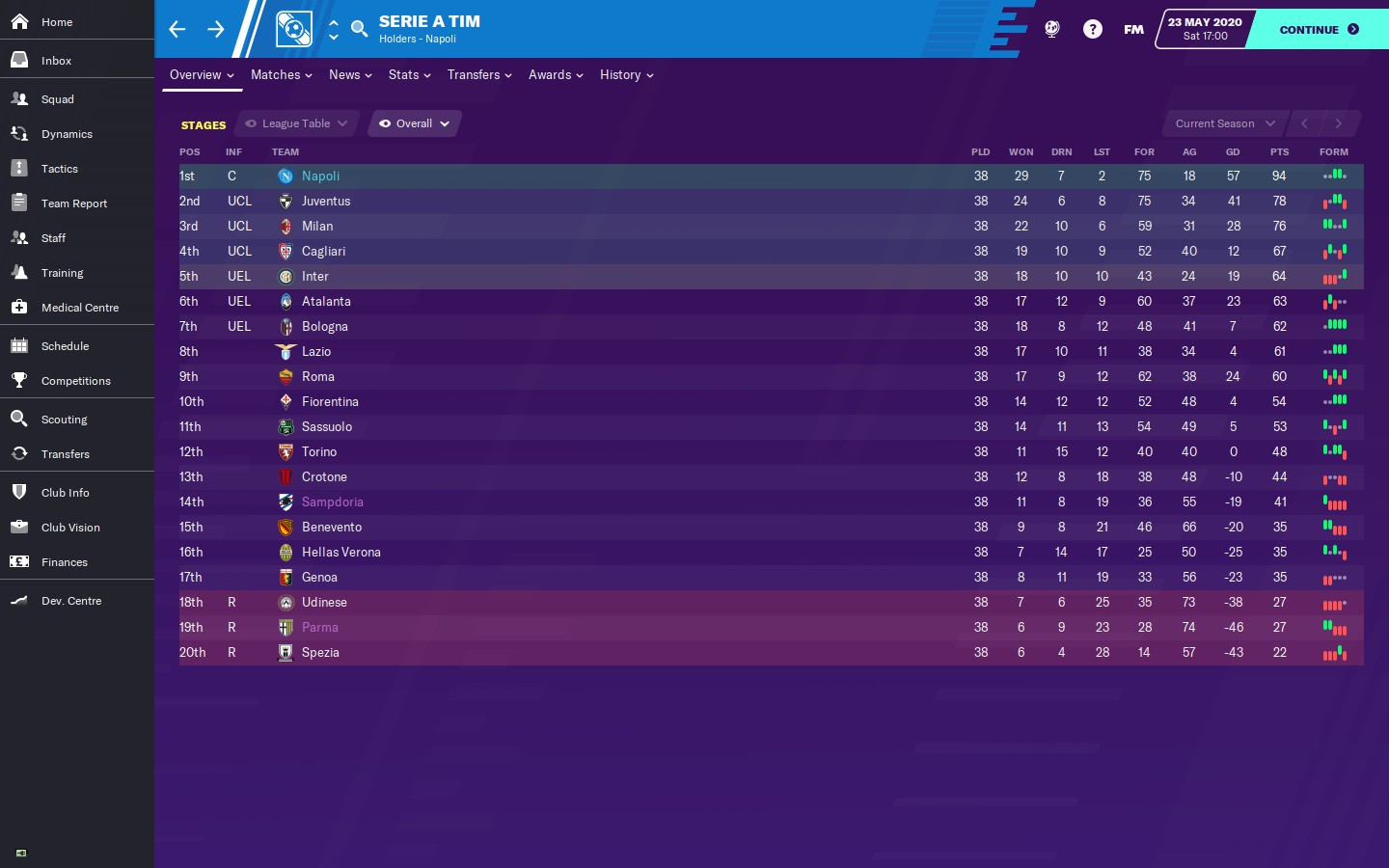 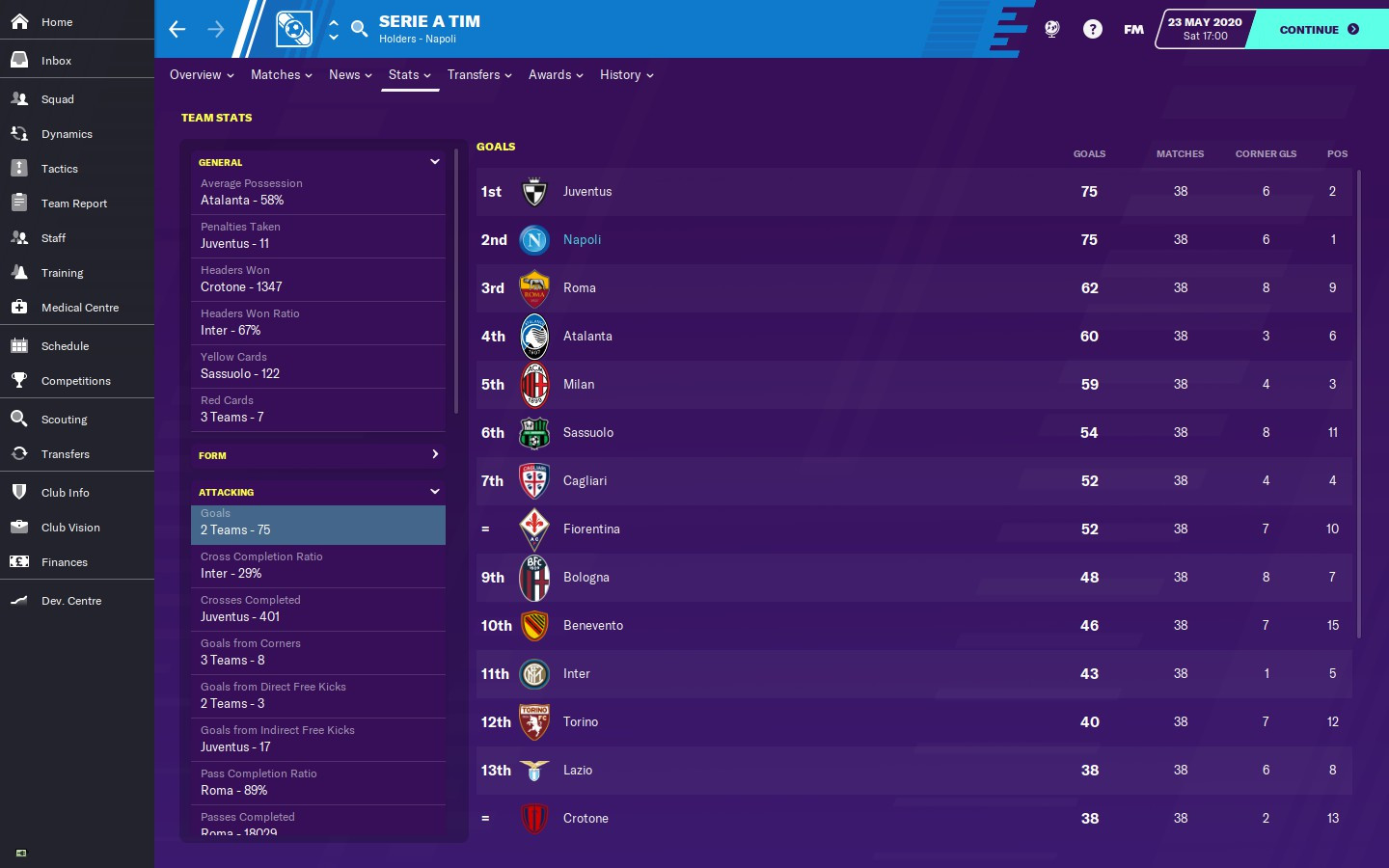 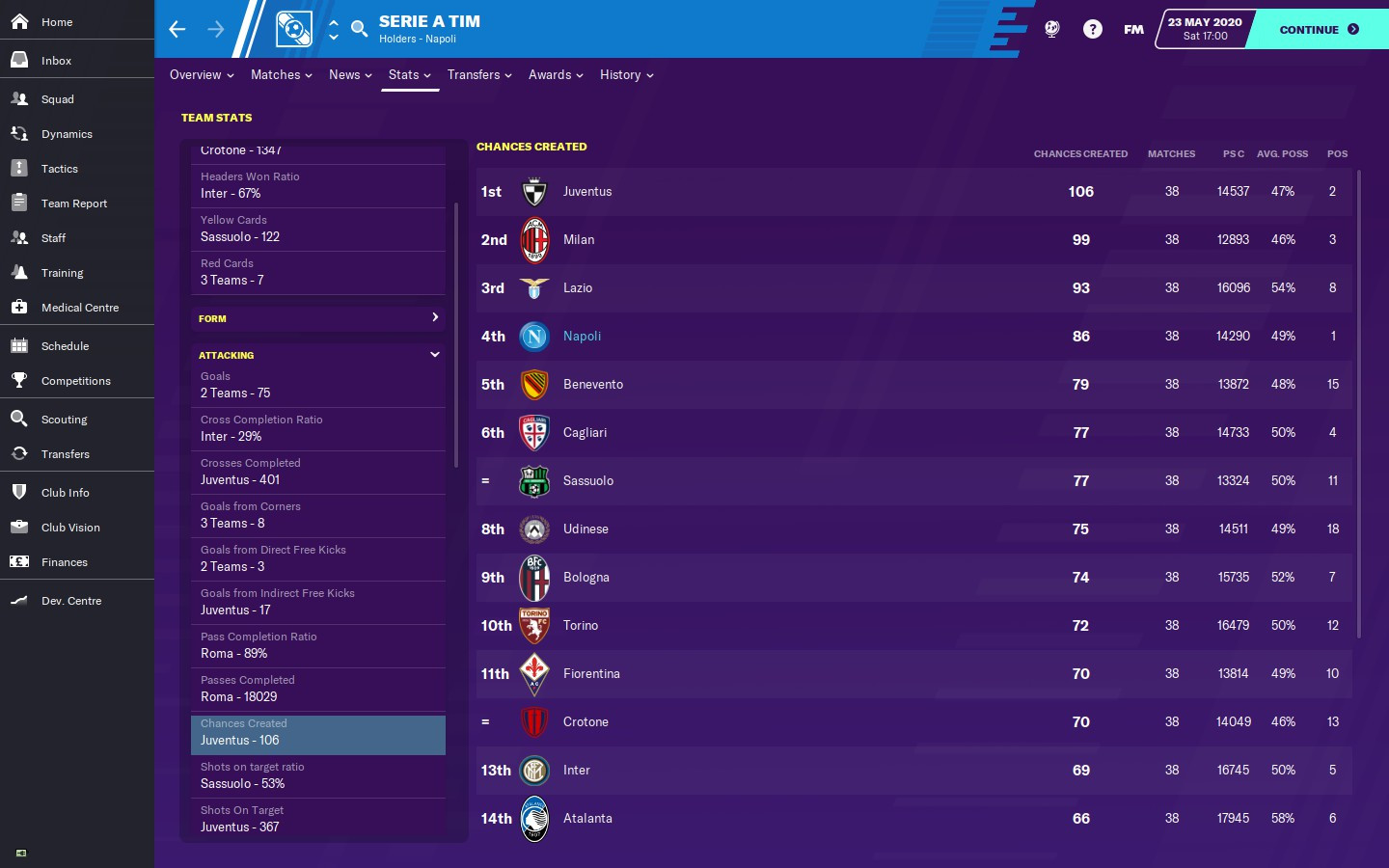 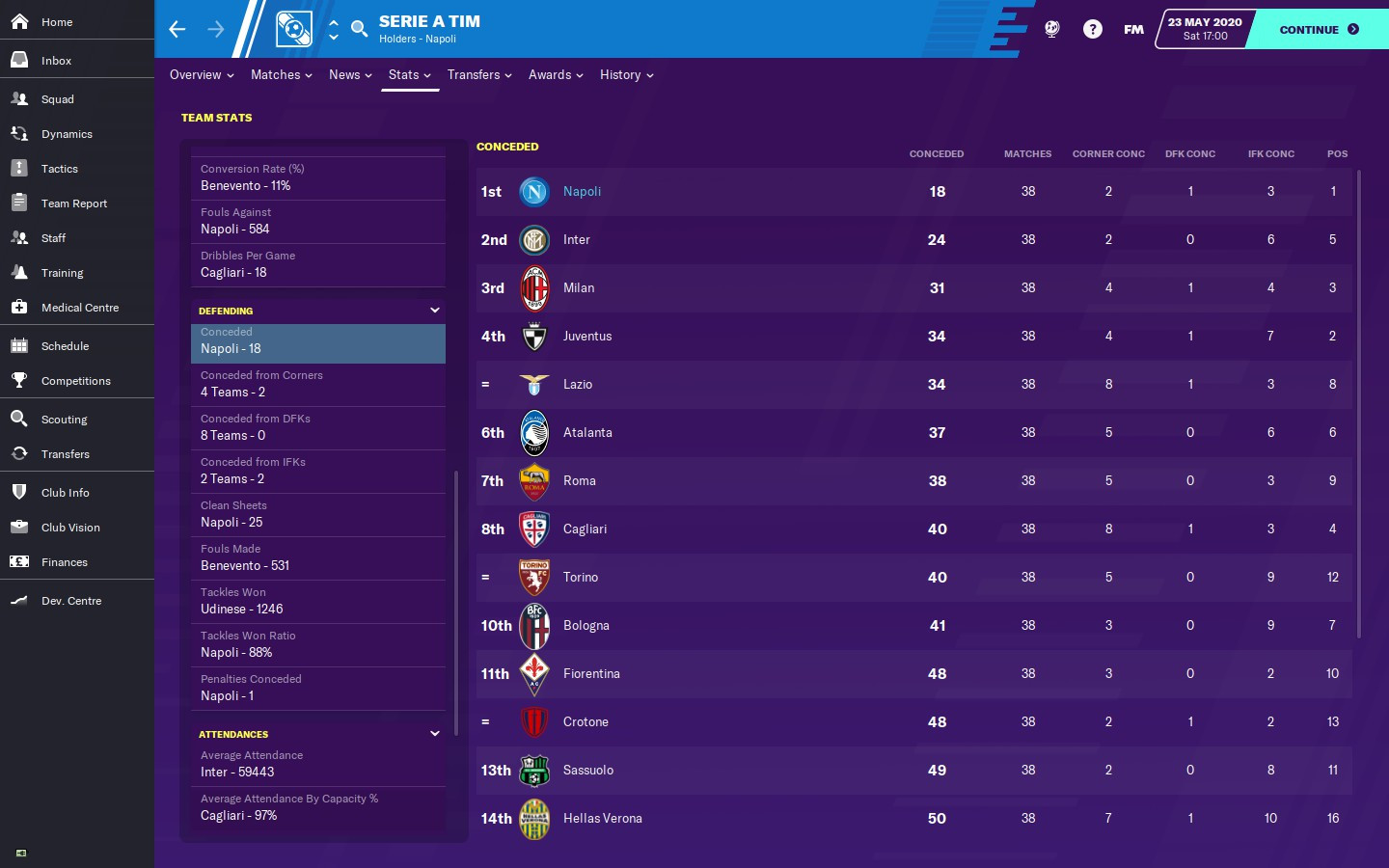 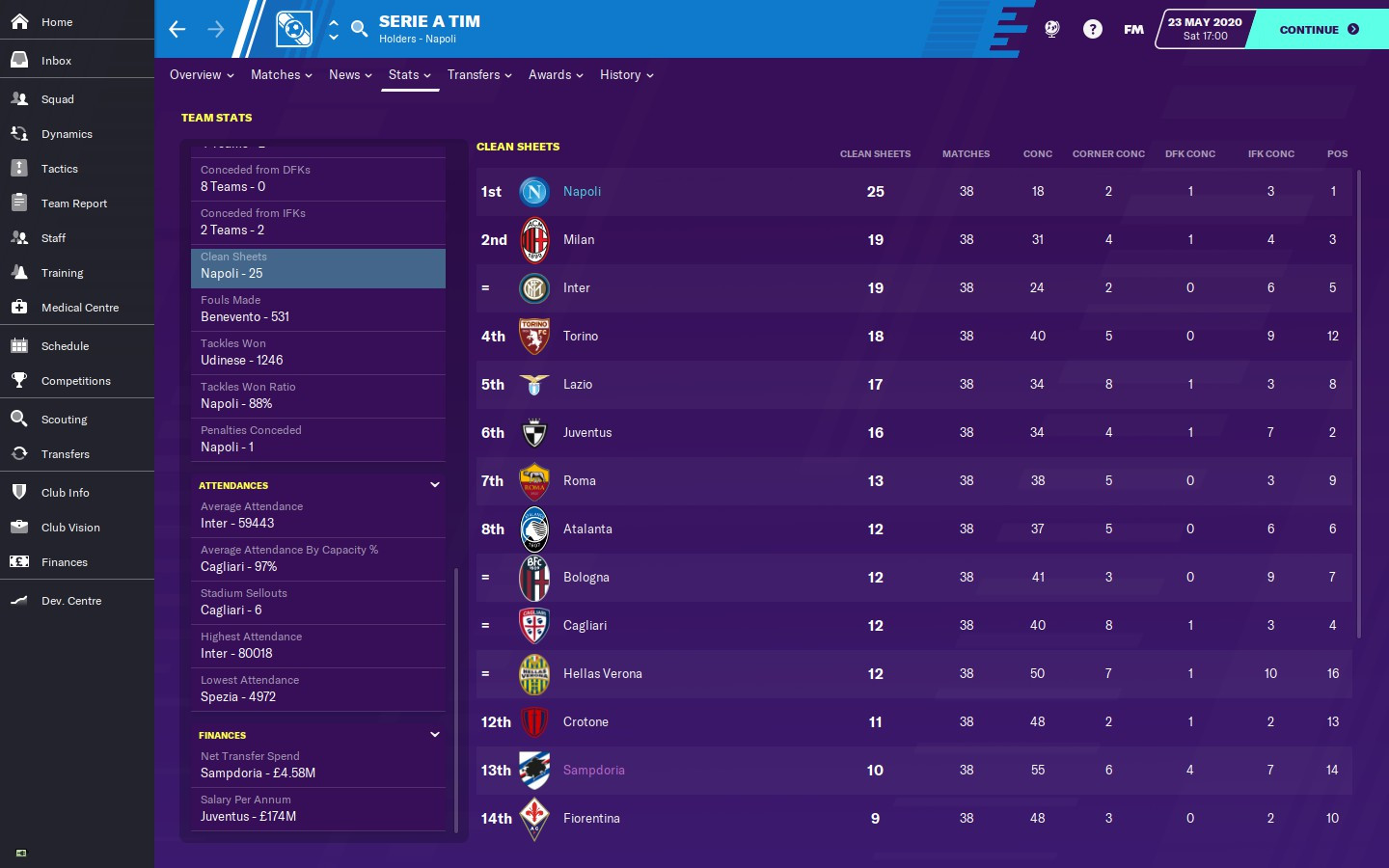