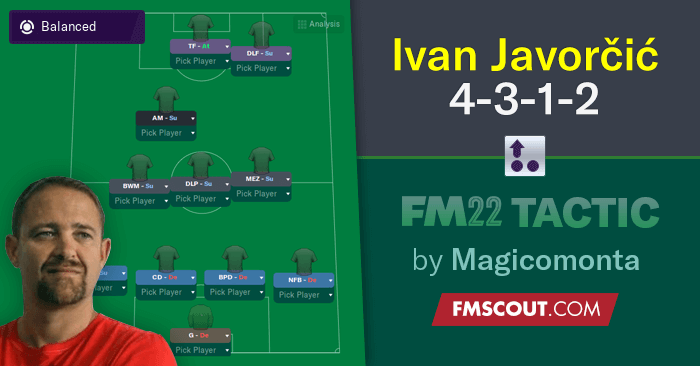 Good day,
Today magicomonta presents the revelation mister of the last league pro leading to the historic promotion in the cadeteria of Südtirol and that this year was chosen by Venezia for a prompt recovery after the relegation of last season from the Serie A but we know mister Javorcic better.

Javorcic loves to play with a 4312 which involves the presence of a right-back blocked two central defenses with one who tries to help the maneuver and one who limits himself to covering and defending while on the left the full-back pushes a lot in the offensive phase.

I am a director to whom he relies for the setting of the game (although as we will see later it will often be skipped) a mezzala on the right that widens going to give amplitude to the maneuver looking for crosses and insertions also centrally, the other is a dynamic man that is the one who recovers the balls.

The attacking midfielder varies throughout the opponent's trocar starting, however, from a slightly decentralized position. of reference.

In the possession phase, the team sides with a 325 with the two central defenders and the right-back who remain in defense, the playmaker and the striker remain in the midfield forming the 2 while the forwards are joined by the attacking midfielder, the midfielder and the left-back forming the 5 in front.

The construction of the maneuver takes place with throws towards the offensive reference who is very good at protecting the ball and sorting towards the flanks where the right half-winger and the left-back are very good at crossing or playing on the bank for shots from afar.

In the non-possession phase, the team waits for the opponents in their own half of the pitch where everyone is compacted except for the fulcrum which remains in a position of preventive clearance pending the recovery of the ball from the teammates.

the negative transition of the team leads to an offensive counter-pressing that often forces the opponents to launch, favoring the recovery of the ball of the central defenders who are good and physically strong but if you miss the first pressing you return to your own half.

The positive transition as soon as the ball is recovered, the attack on the opposing defense is quickly sought. 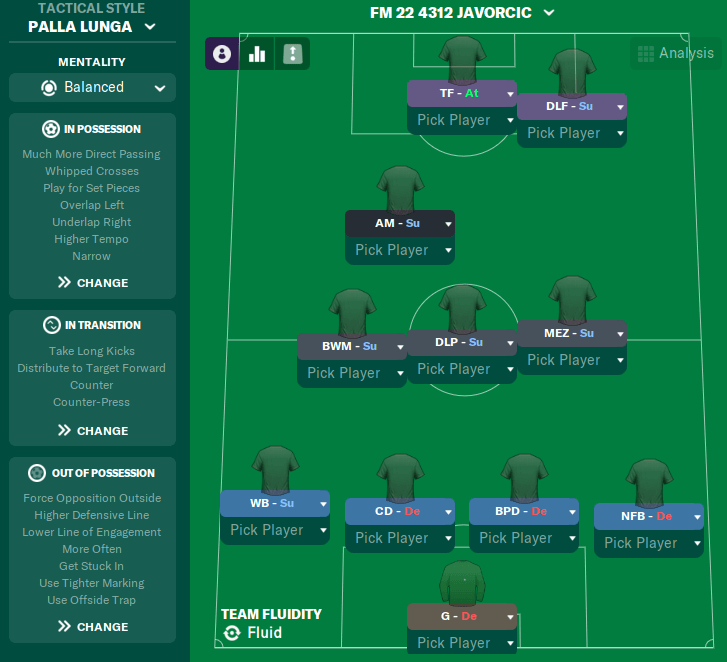 I had fun as always emulating his tactics in Football Manager 22 and let's see how it went.

B SERIES:
STRAIGHT TO CHAMPIONSHIP

A LEAGUE:
EXCEPT WITHOUT TROUBLE ALWAYS AT THE MAXIMUM IN THE MIDDLE OF THE RANKING WITH A TEAM OF 11 MEN CONSIDERING THAT THE MARKET IS NOT AS ALWAYS
QUARTERS OF THE ITALIAN CUP

SEE THE VIDEO FOR DETAILS