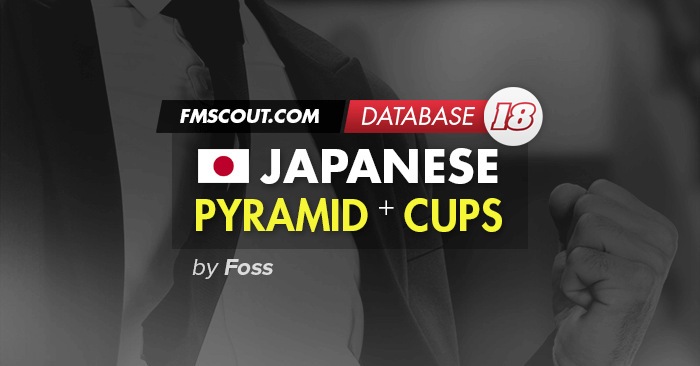 Japanese Football Pyramid for FM18 makes the four highest levels of domestic competition and major cups in Japan playable with fully detailed squads and staff for every club in J1 & J2 League. This year's edition has new friendly tournaments for added immersion during the pre-season.


How to unlock the Japanase football pyramid in FM 2018