Auxerre under Furlan‘s direction, line up in a 4-1-4-1 formation with their pressure lines set high. Building their actions from the back they often adopt a 4-2-4 shape with the wingers playing high and the side defenders coming out higher as the action progresses.

In the offensive third they play very close together compacting the middle of the pitch through the two central midfielders securing the action if they lose possession.

In defensive play they use elements of high but individual pressing with a strong emphasis on the centre immediately after losing the ball.

They quickly get to their rivals in an effort to receive the ball while highly involving the wing-backs who block the wings and take a good starting position if the ball is recovered.

They combine the risk of a high line of pressure with offside traps, but in a 1-4-1-4-1 set-up they leave a lot of space between the lines, which upsets the balance of pressing in the different zones.

If the ball is recovered quickly they move play to the wings for a quick counter attack using the high positioning of the side players.

When building the attack they try to maintain possession and stretch the game wide. As they draw their rivals into their own half, they look for a numerical advantage on both wings by allowing their wingers (Hein, Autret) to run with the ball, cross or shots.

If play in the wide area fails wide movement are able to create space to play in the center of the field by overloading the flanks. 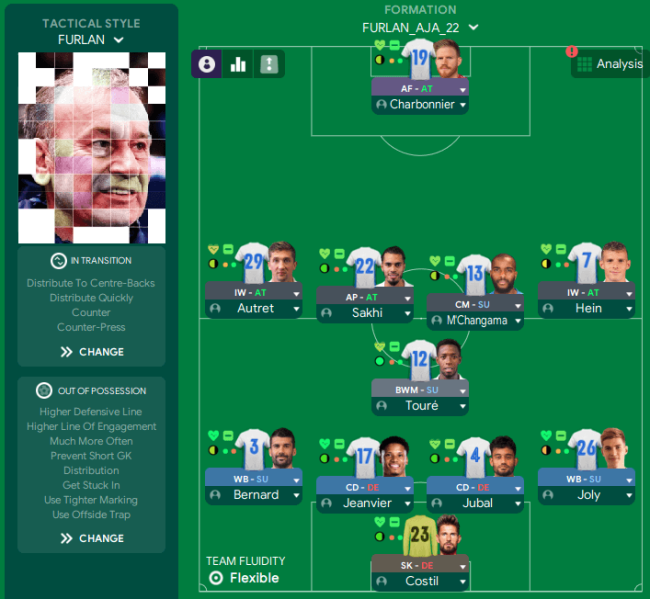 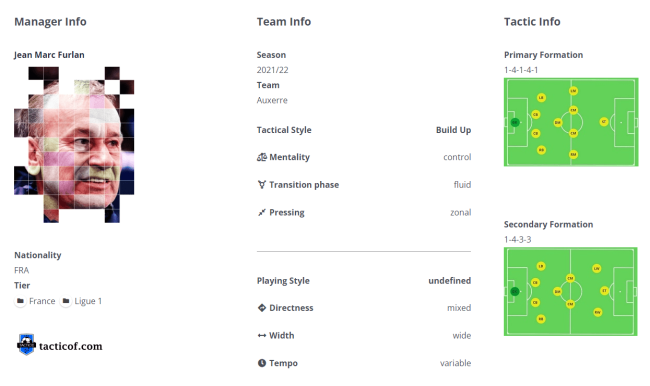