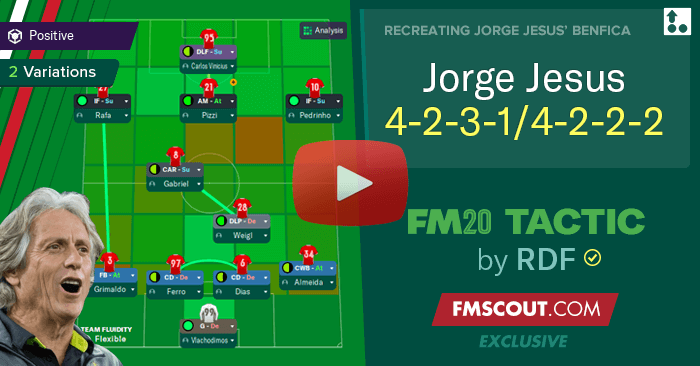 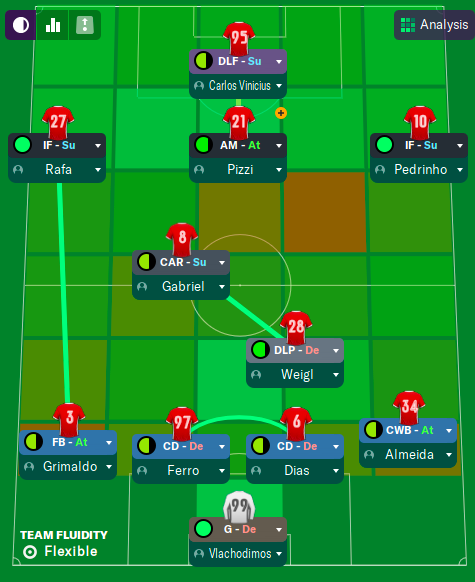 The VERY first thing i noticed about Jorge Jesus men is that during games, he loves to switch between two tactics and his squad have a very good understanding with this! One system is the 4231, with one DM holding his position in front of the defence and his midfield partner will be more creative the the advanced areas...He then has his front 4 playing very narrow and this allows some nice interchanging. The idea and theory behind the 4222 is the exact same, but this allows his side to add more pressure on the opponents defence without losing the tactical philosophy 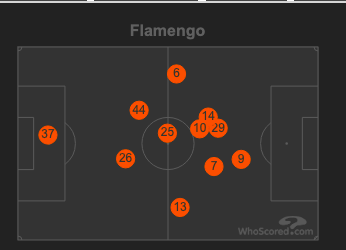 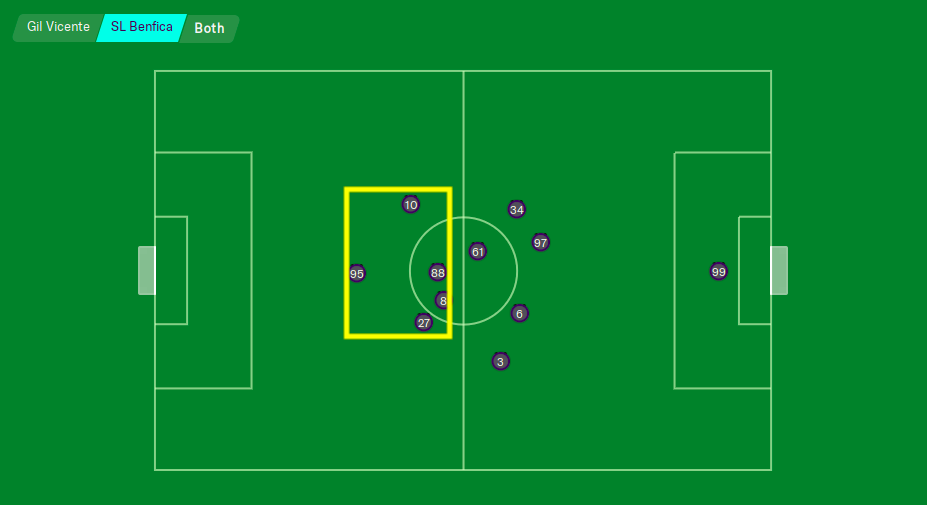 Jorge Jesus likes to play short passing but not necessarily possession football. He wants to have good use of possession when on the ball and get forward with it and with attacking intent. The speed of his players, specially the attacking four will naturally determine the speed of their attacks but usually, you'll see the more advanced they get with the ball, the more control they have over the game

Flamengo has scored a lot of goals from counter-attacks under Jorge Jesus whilst also keeping a very good defensive record. This was achieved by using a system similar to Gegenpress, the main difference is the engagement isn't too high because Jorge Jesus liked his players not to leave their positions too far or too often 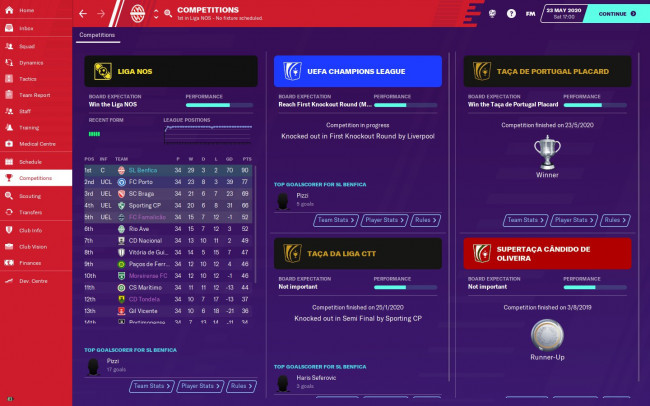 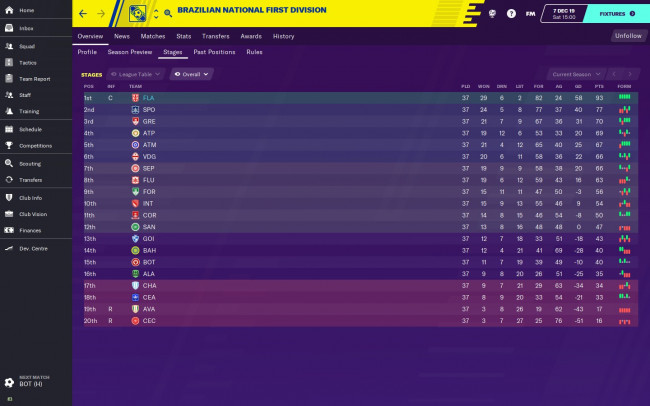