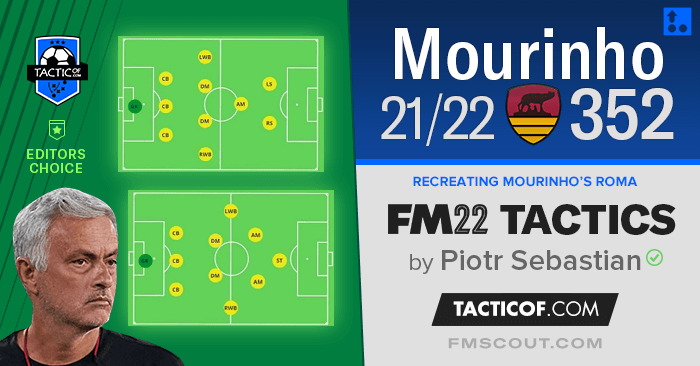 Mourinho has gradually switched Roma to playing with three defenders, something his predecessor Paulo Fonseca had already used, but the three-man defensive line under Mourinho is used differently.

The 3-5-2 system with two attacking midfielders or 3-4-1-2 (with one AM) provides Roma with a much more offensive style of play than those familiar from Mourinho's previous teams.

In defense Roma typically use individual marking, where each player is assigned a specific opponent. While the tight marking scheme is rigid the players receive different instructions each match depending on the opponent.

When pressing Roma's formation usually looks like 1-5-3-2 or 1-3-5-2, depending on how high the opponent's wingers are positioned. The task of the wing backs is to press their rivals in the high block phase, which involves the key role of the wing backs.

In a positional attack Roma looks like a 1-3-1-6 with a frequently used maneuver being the high forward movement of one of the wing backs while the opposite one moves back to form a back three (!), as one of the central defenders moves higher up the midfield, coming gradually up to the opponent's first line of pressure.

When the ball nevertheless cannot find a free player in the rivals' half and the action returns to deep play, then both wing backs go quite low and the formation in this phase resembles 1-4-2-2-2. This movement serves to draw the rivals into their own half. 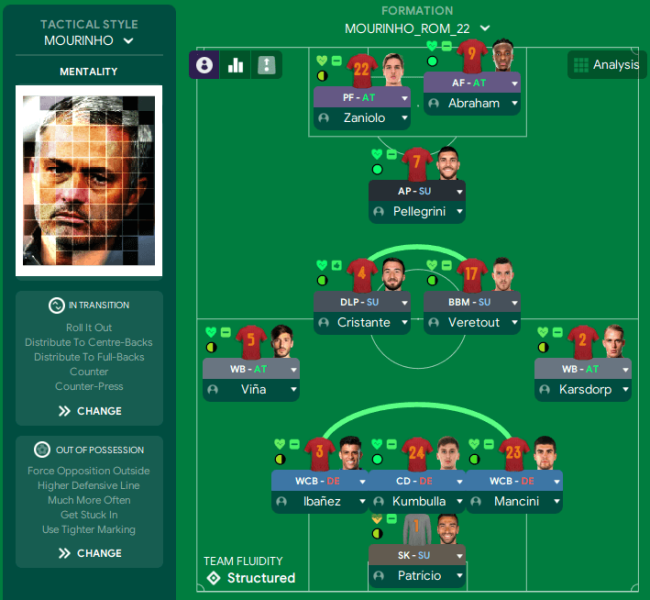 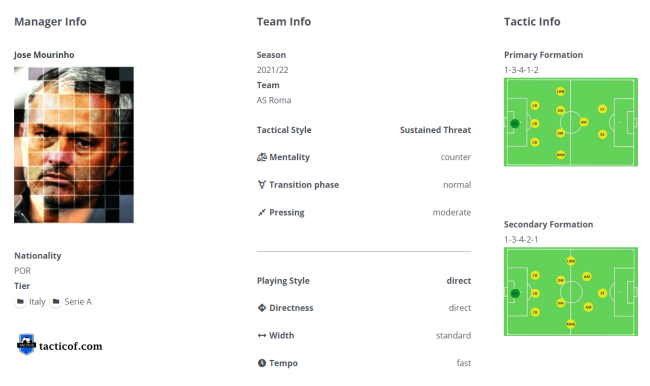