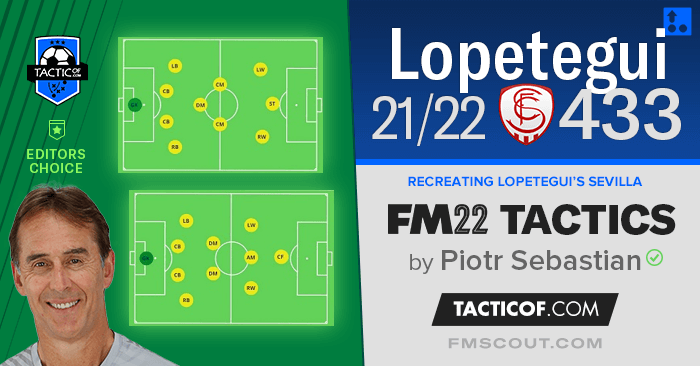 Julen Lopetegui uses a classic Spanish style based on ball possession in a 4-3-3 formation, although Sevilla do not shy away from a more defensive 4-2-3-1 variant with two midfielders supporting the defensive line.

In playing with the ball they switch from diamonds in the center to playing in wide areas from where they direct a lot of crosses towards the penalty area.

In defense Sevilla line up narrowly but do not form a very compact formation, which is due to the successive individual press attempts made by the players, as well as the high pressure line.

On occasions Lopetegui entrusts his deepest positioned central midfielders with roles supporting the defenders with tasks of aggressive and zonal pressing against any opponent between the lines.

Sevilla press with a high-set line, but attempts to receive the ball are only individual players’ pressing leaps rather than a zonal team effort.

Once they have recovered the ball they play it quickly through the middle with a clear pattern of constantly creating wide overloads.

They use the individual skills of their wing-backs (Navas, Acuna) and wingers (Ocampos, Papu Gomez, Lamela) taking advantage of their runs and dribbles. If they fail to break the opponent’s defensive block on the wings, they do not head towards the centre but look for opportunities to cross direct into the box.

Crosses are one of Sevilla’s main forms of attack. 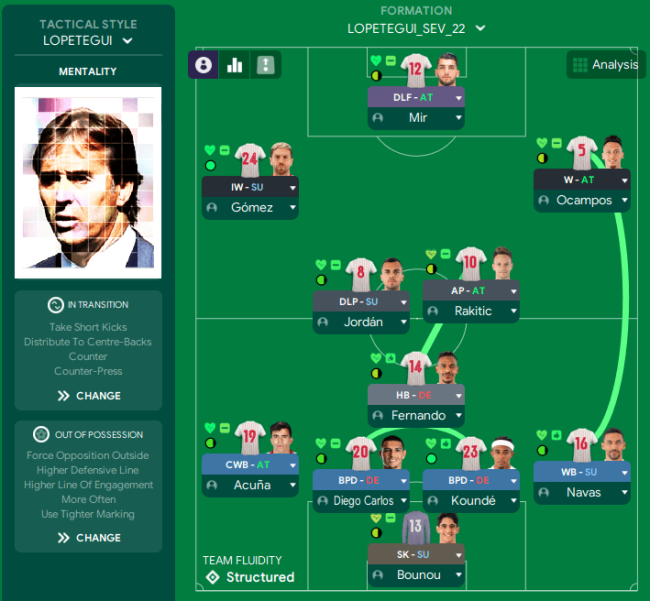 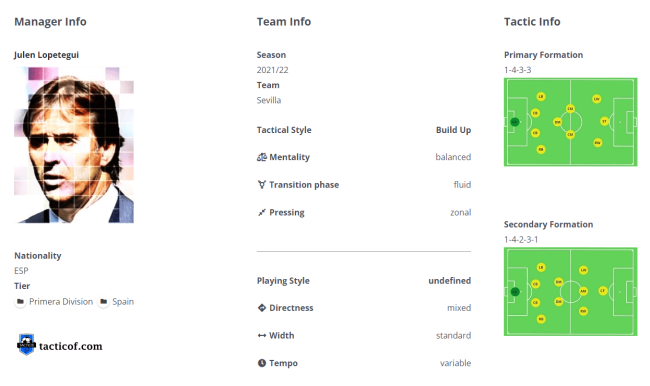