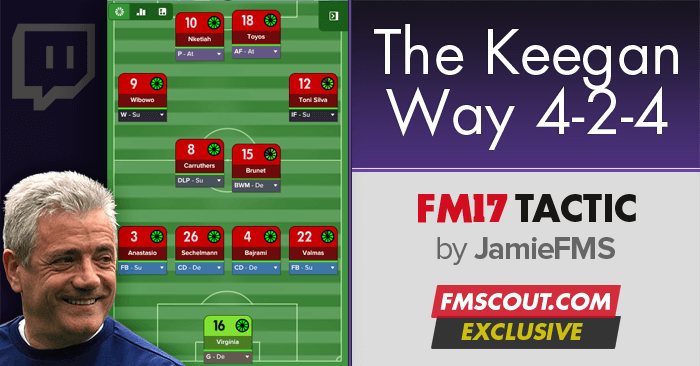 A tactic which has been used through the lower league of English football and is still being used in the Premier League, our first season in the Premier League and we're currently 11th using this tactic. The Kevin Keegan is an all out attack on counter but you also concede a fair few, finding the correct players for each position is vital. 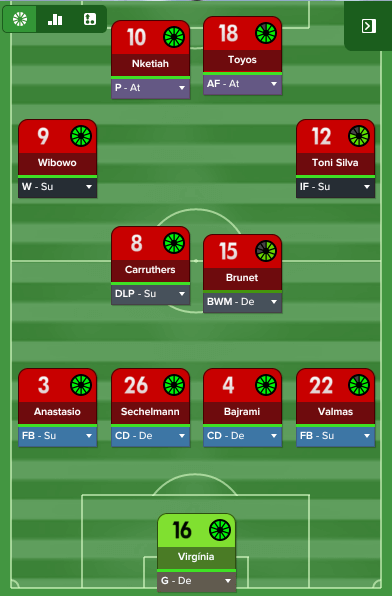 The Fullbacks - Support - Having both fullbacks on support will enable them to combine with the wingers as one of the instructions is "look for overlap" having fullbacks which have great physical stats is a must, they will be bombing down the wings on counter, if they have good technicals that's a bonus. No player instructions have been added to these roles.

The Ball Winning Midfielder - Defend - One of my favourite roles in FM17. With only playing 2 defenders you will probably see "we're being outnumbered in midfield" many of times from the assistant, don't take much notice to this, if you have a good ball winning midfielder he will control that area easily. He will sit just in front of the defense line and pretty much act like a DM though when attacking he will also join in. Having a BWM with good tackling is a must, without it in the lower leagues you will get dominated.

The Deep Lying Playmaker - Support - This guy will work well with the BWM and provide that pass to the wing and the strikers, again I've found it to work very well with the BWM. Good passing is needed for you're DLP along with vision, if he has tackling also that's a bonus.

Wingers - Support - Wingers are very good with this tactic as one of the instructions is Exploit Flanks, your wingers will be in the game quite a lot due to the fullbacks pushing so high up. Good crossing, dribbling and pace is a must.

Poacher - Attack - The poacher will sit on the shoulder of the last defender and wait for the DLP to find the passes to him, the DLP role is key in this tactic for the poacher to score, the advanced forward also works very well with the poacher. If you find a player with great acceleration and pace he will score a lot of goals.

Advanced Forward - Attack - You should look at finding an all rounded striker for the lower leagues and put the pacey guy into the poacher role, this guy will create the chances for the poacher along with finding chances himself. 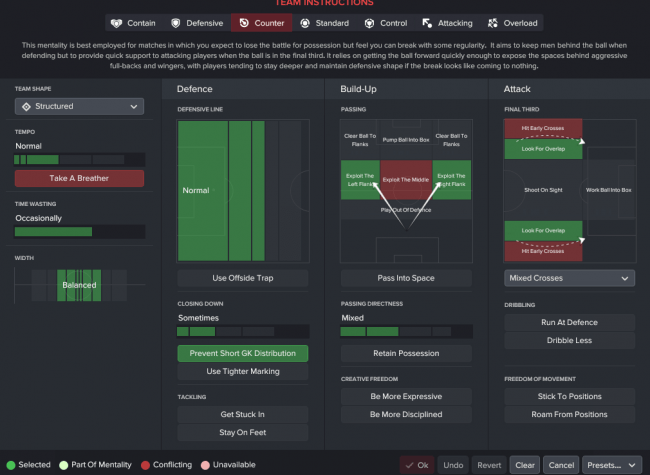 Based on the fact this is used through out the lower leagues, the less instructions the better until you find better players, I've only used 4 instructions throughout 8 seasons and it's worked very well, don't over complicate with tactic with too many instructions. The players know exactly what thy're doing with this tactic and you will score plenty of goals without adding more.

We'll be playing this on counter and a structure team shape, when you counter you will counter like no other, the pace of the attacks will be very fast and it's imperative that you keep you're shape for when you're trying to defend and spearhead attacks.