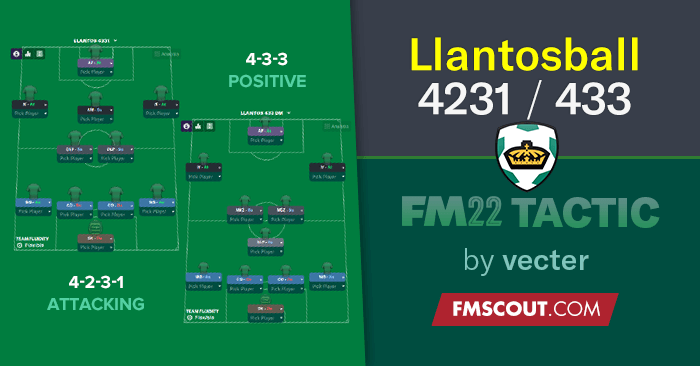 The Mexican first division is funny because it has two league parts and playoff parts.

Across both league parts Santos accumulated the most points out of anyone in the division and were champions in the Apertura (Opening) but we fell in the first round of the Clausura (Closing).

We also won a small tournament but that's not really important since half the teams in it were MLS teams which are a step below Liga MX teams.

We created 151 clear cut chances, 50 more than the next best team, had the most dribbles completed and were the 5th best team at not losing possession. 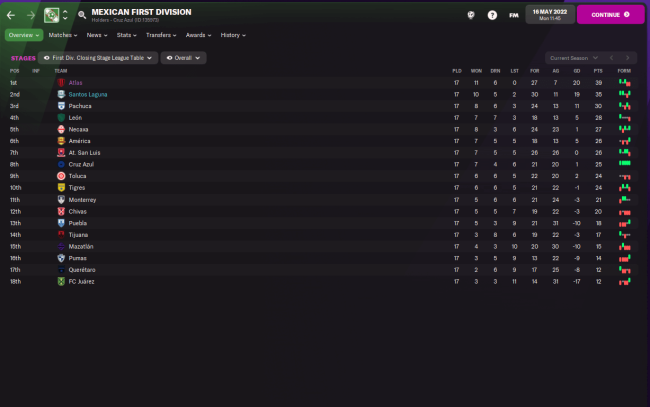 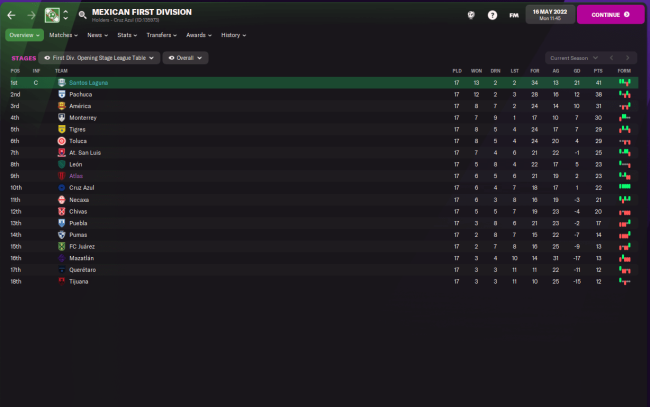 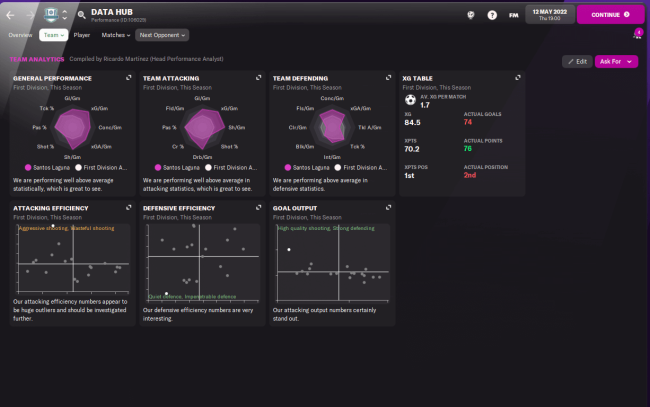 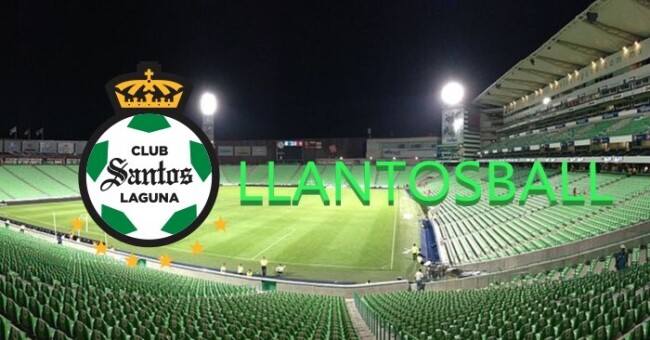