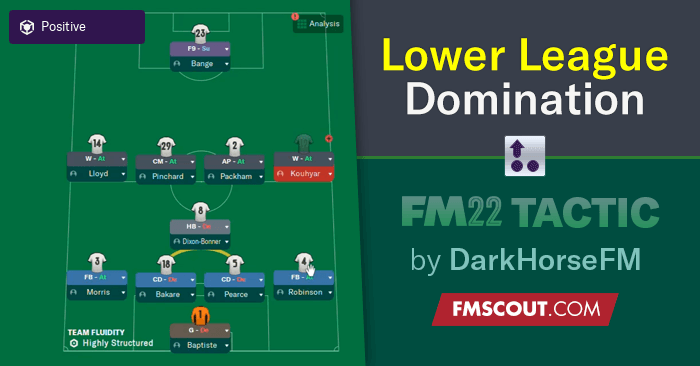 This tactic uses a 4-1-4-1 Formation and demands a lot from the players offensively and defensively. Both fullbacks are expected to get forward and support attacks while covering when the team is out of possession. The two central defenders don’t drift from their positions, they have additional covering from the Halfback that slots in between them to form a back-3. Allowing the other fullbacks to get forward.

The central midfielders are on attack duty, one is more creative so he’s an advanced playmaker. Both wide players have deeper starting positions and are wingers on attack duty. The four in the middle of the field are responsible for creating chances and scoring goals. You can use an Inverted Winger in these positions on attack duty as well.

The forward is a false9, his objective is to pull the central defenders away from their position and create space for the midfielders and wingers to penetrate. The passing directness is short and the tempo is fairly high, the team attacks in a narrow width, but when you find it hard to break teams down, you can increase the width and hit early crosses.

The full description of the tactic is in this video:


For opposition instructions:
Trigger press at least two opposition defenders, preferably those with low decision-making and composure. In the lower leagues, there are a good number of them. The opposition fullback that is on attack duty or support duty (his starting position slightly higher than the back -4), trigger press him too, show this player to weaker foot and tackle normal or hard. You can tackle both central defenders hard too. For the opposition DM, tackle hard and trigger press. In a 4-4-2 or 4-2-3-1, find the player with good passing and trigger press or tight mark him. Tackle Normal or hard. Show opposition wingers and creative midfielders to their weaker foot and tackle "normal". It is not compulsory to use all these instructions at once. Test them out during the game, see what nullifies your opposition's threat. In some matches, you may not need opposition instructions at all. 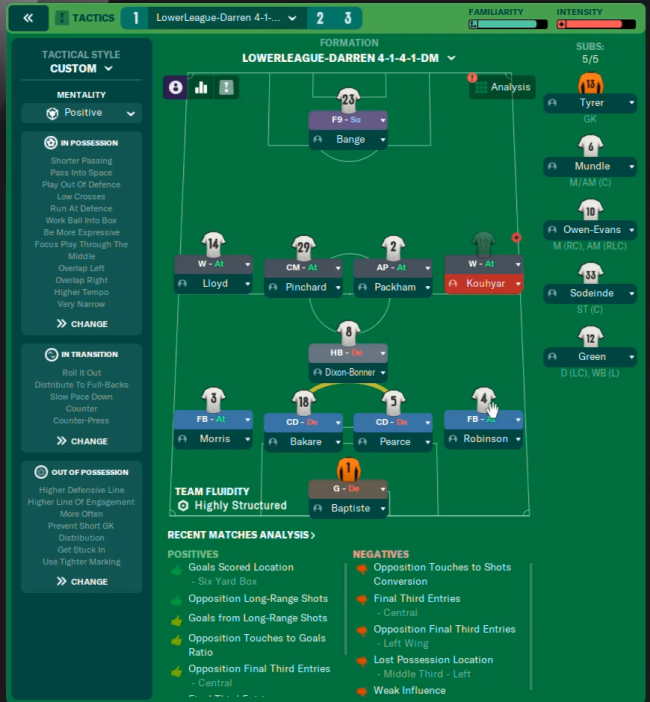