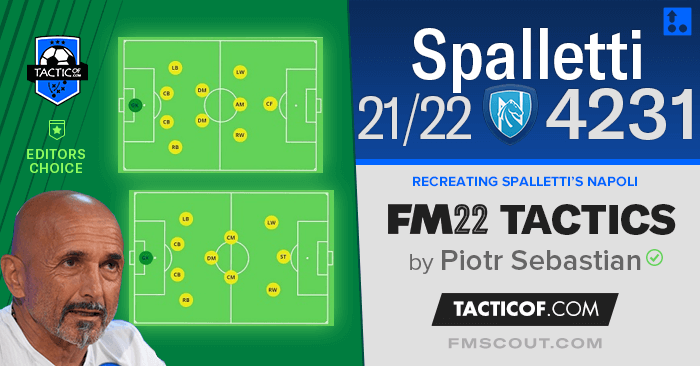 Luciano Spalletti tends to look for a balance between how the team sets up in defense and what shape they attack in, so he has chosen a 4-2-3-1 formation that allows Napoli to defend in compact and close lines and when they receive the ball they opt for a 4-3-3 formation that ensures they control the game by keeping possession.

When they defend deep in their half they keep a compact and fairly narrow shape. They like to compress space in the centre.

If the opponent builds their attack from the back, then Napoli press higher and look for 1-on-1 marking with two strikers pressing very high on the rivals’ defenders. If the opponent breaks the pressure they go down to a lower block in a more traditional 1-4-4-2 formation.

Less often their defensive shape takes the form of a 1-4-1-4-1 which is due more to the way their rivals attack than their own choice.

Spaletti’s players utilise space in line with positional play, but they like to stretch opponents vertically and horizontally when they switch positions so they actively rotate out of the zones their positioning dictates.

They create and exploit the space between the defensive line and the rivals’ midfield by entering the spaces behind the midfield line and taking control of the ball. The central midfielders positioned vertically dictate the tempo of the game and are central figures during playmaking (Zielinski, Ruiz). 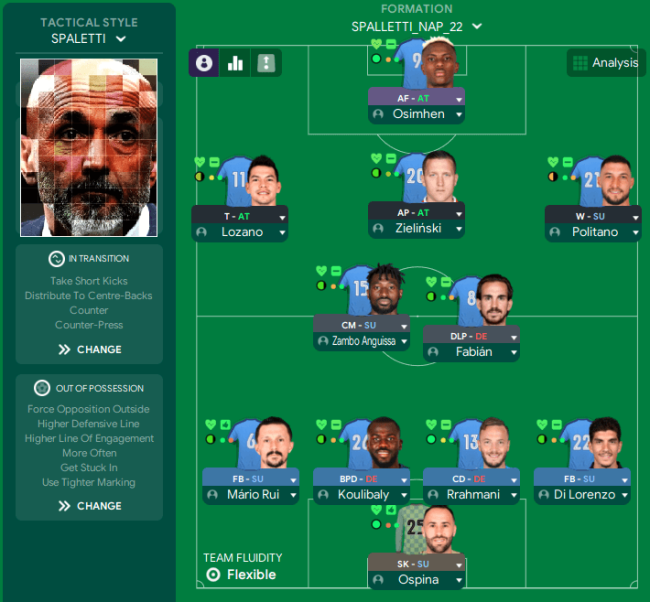 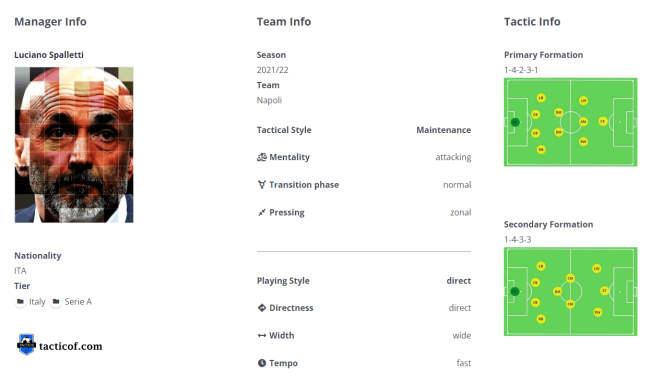