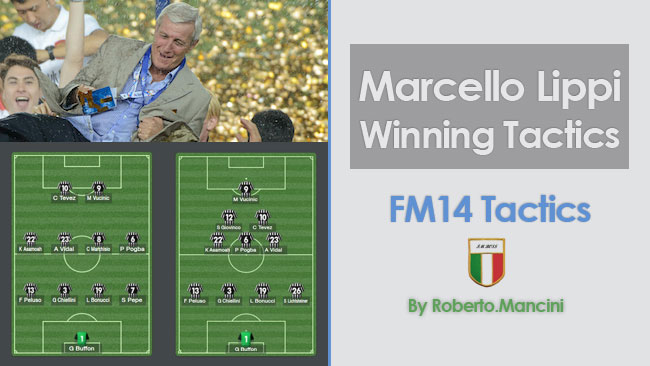 The Juventus of 90s dominated Europe. Juventus of Marcello Lippi was a fountain of inspiration, it was a team which was known as an exemplary model to follow and when we survived in the battle against them it was very important...
Words of Sir Alex Ferguson after eliminating Juve in 98-99 capaign of Champions League when eventually Man Utd won.

A bit of history

Lippi was born in April 12th in Viareggio and he soon found his way on playing football. After many years as a renowned professional player in Serie A, he passed into coaching. His playing career, was very respected but not illustrious. He was the captain of Sampdoria where he played 274 matches, and he then played for Pistoiese and Lucchese before he closed out his professional career. He was on loan in Savona before he moved into the first team of Sampdoria. Mind these club names because the history of coach Marcello Lippi has just began.

After finishing his playing career in 1982, he became already a coach in the youth teams of Sampdoria. As a central defender he was aware of the difficulties in every edge of the pitch that's why he had already acquired the training badges from Italian FA. Back then, in wild 80s, lifestyle wasn't so present like now and Coverciano wasn't born yet. The old fashioned coaches were winning the World Cups and the modern one were losing 4-1 in Euro final. This is life simply...

Marcello Lippi had to train 10 different clubs before winning the World Cup...

He was fired in his first 3 jobs. He was fired even from Napoli despite making a great job against the severe financial problems.

Apart from Juve, only Cesena recognized his abilities and gave him time to work more than 1 season. Sampdoria as well allowed him to work on their youth setup because they knew him for years and they were sure about his ability. He admitted that since he begun coaching his hair has become immediately white and that before he turned 50 he had totally white hair. When he was a player, he never had even a single white or grey hair... These are lessons from life, from real life and it's very meaningful to hear them from the mouth of Marcello Lippi.

Instead of listening keenly spoiled interpretations from coaches who made huge career mostly because their agent has global access to every club. How many teams did Guardiola change before reaching the top? Zero. Like his abilities during a match. Mancini at least, even if you hate him as a coach, managed great results with bankrupted clubs like Venezia, Fiorentina and Lazio. Mourinho had in the bench 18 players in the UEFA 2003-4 semifinal and Mancini had just 14 outfield players. Mourinho admitted that extra players came for tourism and that he wanted to give them the chance to enjoy the semi final... Imagine... The one has concerns of existence, the second has life style public concerns.

The story of Marcello is similar to Rene Girard. Girard is another guy who made his coaching mark in a late age, by winning the title with Montpellier. At the same time Ancelotti was failing to make 2 consecutive wins with PSG billions and Mediaset of Berlusconi made him presentation considering his 4-3-2-1 formation which transformed PSG in una versione di Milan Parigiana...

I am obliged to say all of these because I don't write posts every day like forum junkies and simply in my life I have learnt to say the truth and not to lie around the whole society. You don't like to read all of these because you obviously prefer tattoos, xbox, ps, wags and lifestyle technology fashion. This is your right and my right as well is to express what I think. Based on reality and by presenting facts and proof which have happen in real life. It's not on my character to replicate others, simply I present the truth without hiding a word. Write it word by word: Conte failed massively in Champions and he has not a single excuse to add.

For Conte I believe word by word what I have write before, I am proud of shining an under estimated coach who shoved blood for making the former Circo Medrano a proper winning team. Every coin has two sides and I am aware of it. Conte made coaching crimes in these 6 group matches and he must be aware of that.

Let's pass now on the main topic to wake up some minds a little bit. First of all Marcello Lippi is probably the most modern coach of the last 40 years. I will explain immediately why. He was never afraid of taking any risk, any challenge, any possible conflict. He goes directly in the core of every issue and he forces any situation to the maximum.

He has perfect knowledge of psychology, he can make the most paradox players a group of beloved brothers. Just think that Grosso had for team mate Pirlo, Del Piero had Gattusso and Buffon had Totti. All of these people cannot make a proper company in any club, in any social event. Del Piero said "I was initially afraid of Gatusso, but later on I was surprised. He was speechless, almost silent". Gattuso said "I was surprised of Del Piero, he was simple and very quiet, I thought he was a prima dona". Lippi found the key point, the proper chemistry. Like he did with many other players.

I made the same in my first seaon with Juventus and I won everything. I defeated Mourinho 4-1 by using all of my central midfield power in the mid line, that was the chess-mate. Nobody could handle a Mazino Line of Pogba, Vidal, Marchisio and Asamoah. All of my tactics can be balanced/counter/standard. As well you can make them fluid of very fluid, without changing though the base. That's the whole key, to keep the balance unchanged without using any slow player. I eliminated Pirlo from all of the tactics and the team has become very fast immediately. Like Lippi did by eliminating Paulo Sousa, a versatile type of player similar to Pirlo. Tactical ferocity with cold logic. Pirlo is great player but very slow. I will allow the opponents to target him and to cut my team in the middle, solid foundation means space coverage.

I won Porto in the final 3-1 by inviting them to make my pressure. They had possession, they made several shoots in bad timing without visibility and that's why I won easily 1-3. They gave plenty of empty space in midfield and all of my goals were from direct in the middle counter attacks. Like Barcelona-Juventus 1-3 in April of 2003. I purchased only Quintero from Porto in January and I eliminated Barzagli for the same reason like Pirlo. Simply I used all of my players like Peluso and Pepe without making the king to anybody. I used 25 players due to the severity of competitions.

3-5-2 is a versatile formation and needs some very specific characteristics, that's why I passed on something more frequent and simpler. Marcello Lippi also says "Defense with 3 is very solid but very difficult to teach. You can have great success but you need plenty of working time to make it to work. It's difficult but not old fashioned". I am a big advocate of 3-5-2 however in football there is no preference and romance when it's about winning.

Enjoy the images and good luck in your life. Have in mind that you live once, no second chance. Make the best options as possible. 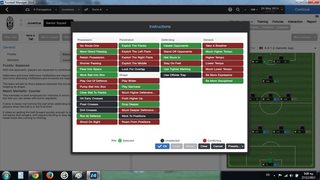 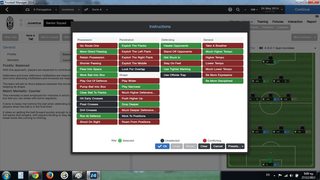 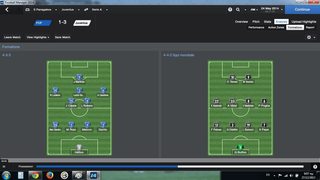 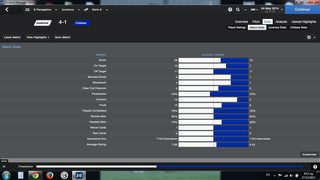 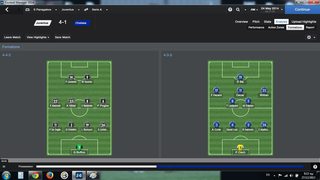 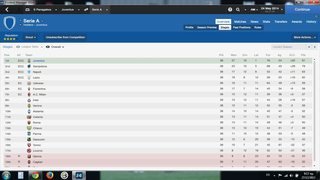 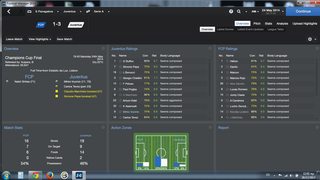 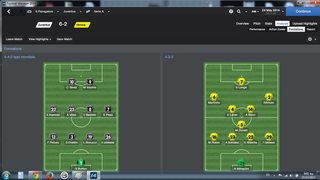 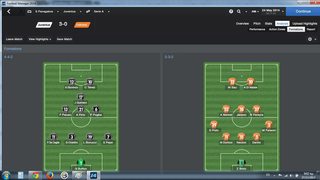 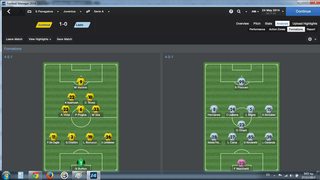 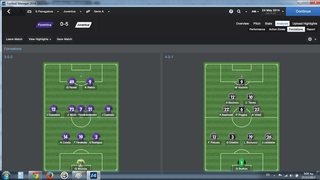 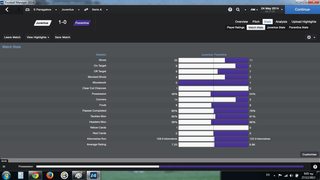 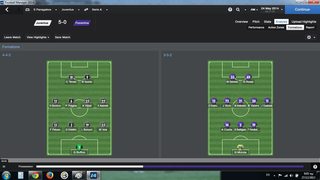 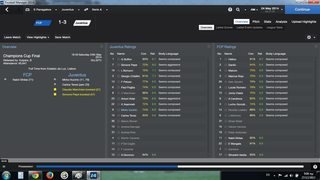 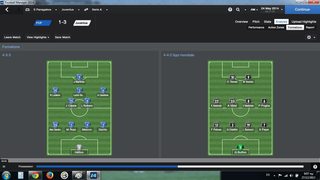