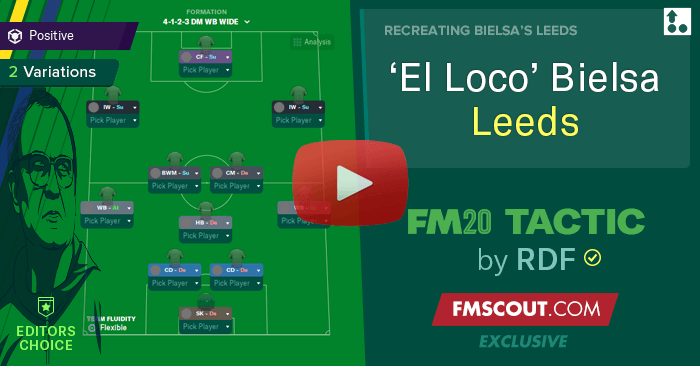 
What's included in this bundle 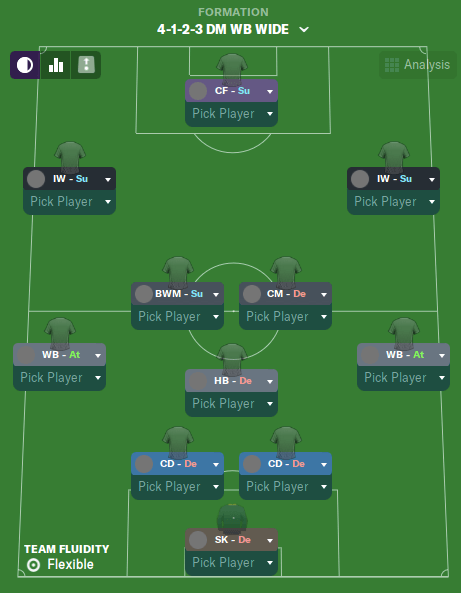 The DM (Half Back) will be key in the build ups. When playing from deep, he will look to collect the pass (Dictate Tempo trait will be good) and play key passes into the the midfield. Bielsa is famous for his 3313 shape, and the DM movement will be key because he’ll need to slot into the defence to make it a back 3.

The two wingers (Inverted Wingers) will look to come inside to connect with the striker making the a front 3. The wide men will be the main creators, they’ll need to have good dribbling, vision and flair.

The central striker (Complete Forward) will need the be able to do everything, he’ll roam from position to pick pockets. He will hold up the ball allowing other attack minded players to get up and support. Play key passes and create alongside having the ability to score goals.

There will be a lot of pressing which will start high up the field so players need to be fit and have good determination to keep on going.

WGs - good at both attacking and defending. Pace, Stamina, Positioning, Off The Ball, Marking, Anticipation Work Rate and Decisions will be key

CBs - Good ball playing defenders. strong in the air, good at tackling and not too slow. Heading, Bravery, Strength, Balance, Positioning, Marking, Teamwork, Concentration and Decisions will be key

DM - your half back to be good at defending but also at playmaking. Passing, Teamwork, Decisions, Anticipation, Positioning, Stamina, First Touch, Composure and Bravery are all good attributes

CMs - Both Box To Box type midfielders. Both to be okay at everything. Okay at Tackling, Passing. Must have good Work Rate, Team Work, Agility, Stamina, Decisions, Anticipation and Positioning/Off The Ball…Play your better defensive midfielder as the RCM

ST- Good all round striker, your CF will be moving into channels and also will be the one dropping deeper so should have good creating skills. Pace, Off The Ball, Teamwork, Anticipation, Decisions, Composure, Balance, Finishing, First Touch and Technique will be key.


I recommend building strong relationships on the pitch. Decisions, Teamwork, Work Rate and Anticipation should be important with all players.

If you enjoy the video, consider supporting me on Patreon. 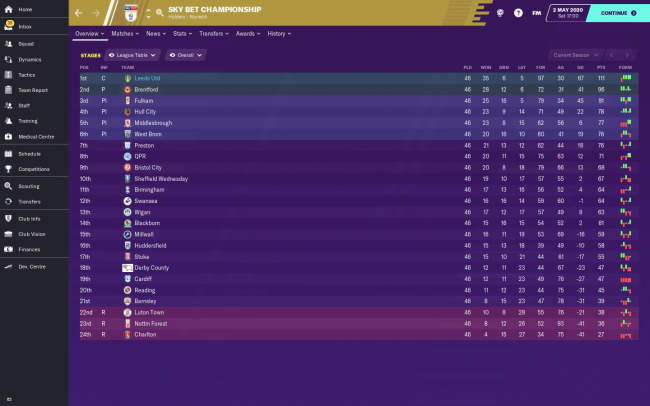