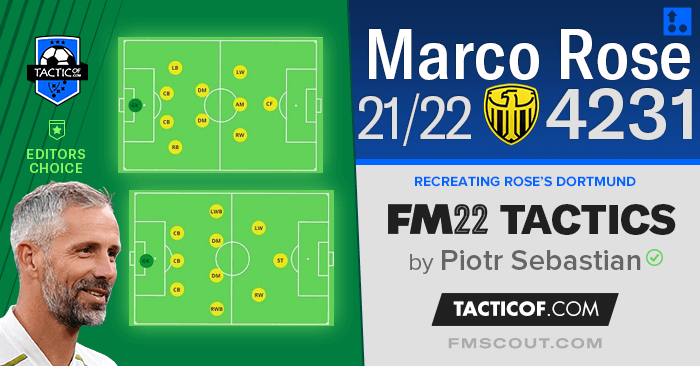 Although we can easily see a 4-3-3 shape in the way Dortmund play, Marco Rose is a manager who very often changes his team’s formation depending on the opponent, but also on the phase of the match.

He doesn’t shy away from playing three defenders at the back, fielding two strikers next to each other or finally narrower variants abandoning the classic wingers. By the way their shape in defence and attack varies so much that it is difficult to point to a constant and clear formation of this team throughout the season. Nevertheless, the best picture of Borussia’s game under Rose is the 4-2-3-1 formation.

They usually defend quite wide and this shape not only provides them with a good defensive second line, but also limits the natural tendency of their rivals to play wide when facing an overloaded midfield.

The midfield when playing without the ball usually consists of three midfielders: one “6” (Witsel, Dahoud) to protect the midfield and “8” (Bellingham) and “10”(Reus) with the task of higher pressing.

With the very active and necessary participation of the three strikers (or a striker and two wingers), the team presses from the centre of the pitch pushing their rivals outsides.

In the first phase after losing the ball there is a quick and aggressive pressing to recover it. The wings are entrusted to the side defenders (Meunier, Guerreiro) who playing in the front line of pressure have the task of pressing the opponent’s defenders.

Doubling up and isolating the forwards is handled exclusively by the central defenders as the midfielders, meanwhile, are tasked with overloading the centre of the pitch and supporting any overloads on the flanks.

While the first line of pressure is tasked with receiving the ball as quickly as possible, the players positioned deeper merely close down space and block passing options. 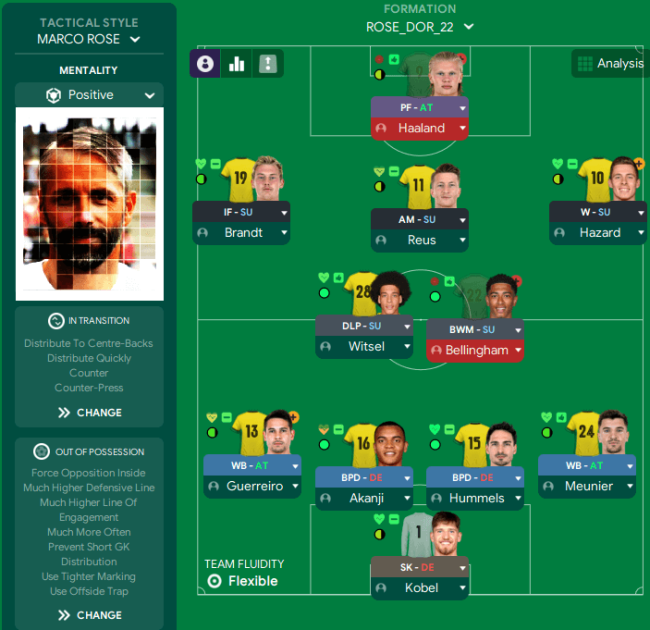 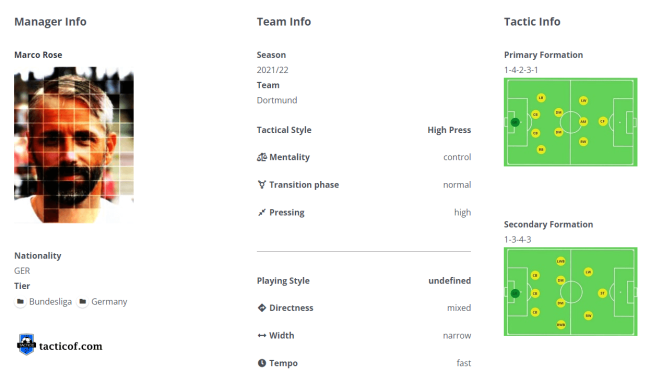