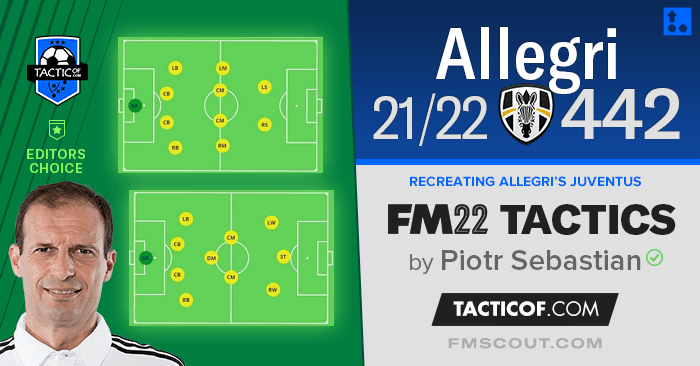 In theory Juventus line up 4-4-2, but Massimiliano Allegri only aims for this shape defensively. Attacking Juventus always adapt to the way the opponent defends.

Playmaking deep the central defenders use the goalkeeper as an additional passing option. Allegri encourages the side defenders and strikers to take up higher positions, hence we often see Juventus building an attack in a 2-4-4 formation in the first phase of the attack.

In this phase the false forwards (Dybala) often goes deep to provide a combination option to play under pressure. This allows him to break free from the pressure of the defenders and find some free space between the lines.

The wide positioning and support of the side defenders makes it easier for them not only to play the ball, but also to move the ball from the defensive to the offensive third.

They base most of their actions in the offensive third on the movement of the two strikers and the rotations of their positions with the wingers.

In almost every match, depending on the positioning of the rivals, it is one of the strikers who is the main source of goals, while the other supports him by reloading the half-spaces, creating an additional passing option for the midfielders or moving between the lines.

In another variant the advanced forward (Vlahovic, Morata) absorbs the defenders and gives Allegri’s team a target man to which his partners constantly direct play.

This striker is not only an excellent target for passes, but also allows to slow down the tempo and allow the parners to get into better positions. Using then more direct passes the deeper positioned partners (Dybala, Locatelli, Rabiot) have more space to make vertical entries into the penalty area. 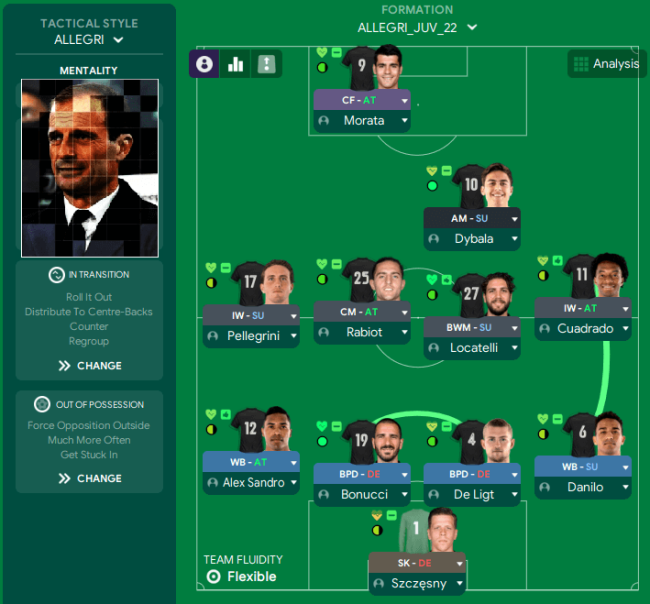 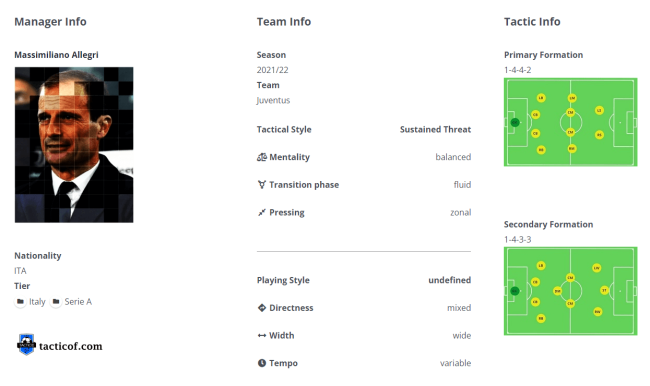