Today magicomonta introduces you to a coach who really reached the top thanks to his skills and not because he was a player of high categories, I'm talking about Massimo Alvini new coach of the Cremonese just promoted to Serie A.

The coach Toscano is a lover of 3412 where two of the 3 central defenders always remain in defense of the goal while one of the two always follows the action of sale from very advanced arm, almost as if he were a full-back while the full-back in front of him lines up with the real wing tips for sale.

The 2 midfielders stationed in the median coming in support during the setting of the maneuver which is always from below, only on rare occasions if pressed a lot then the ball is thrown, one is also going to replace the central who rises from full-back.

In front of them there is an anomalous 10, because he is neither an attacking midfielder nor a midfielder but he acts as a glue between the two midfielders and the two forwards, bringing up the ball often coming to catch it in his own half, we can say that he is the offensive playmaker of the team. In front of the two strikers are completed with one that station centrally as a reference point and one that goes around it.

in the non-possession phase comes the real difference from the other classic 3412 or 352 miscellaneous, that is, in the non-possession phase the defense is not lined up at 5 but at 4 because only one of the two even lines up with the defenders while one remains another forming a 4312 or 442 when the forward playmaker retreats among the midfielders.

in negative transition the team immediately makes an offensive counter-pressing across the board trying to recover the ball immediately with the defense that remains high for a short and tall team. 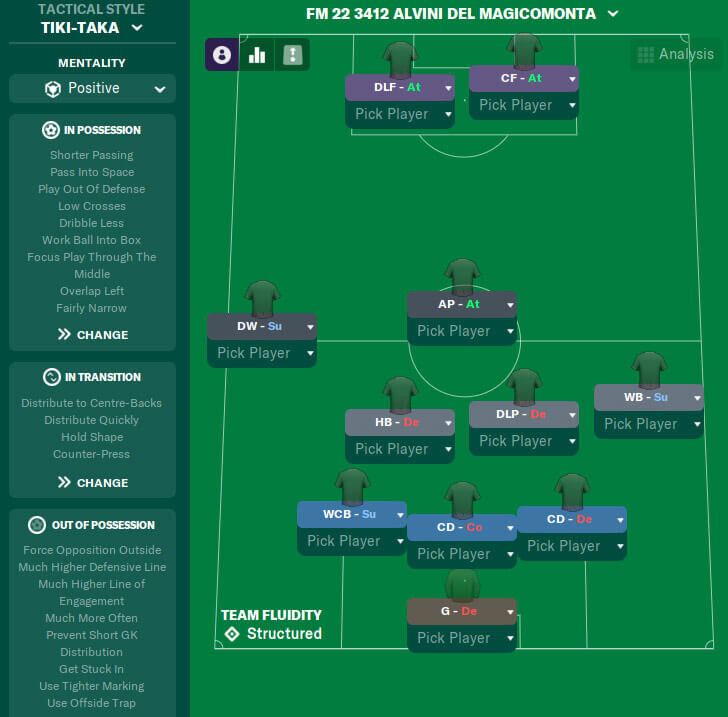 EXPLANATION IN THE VIDEO