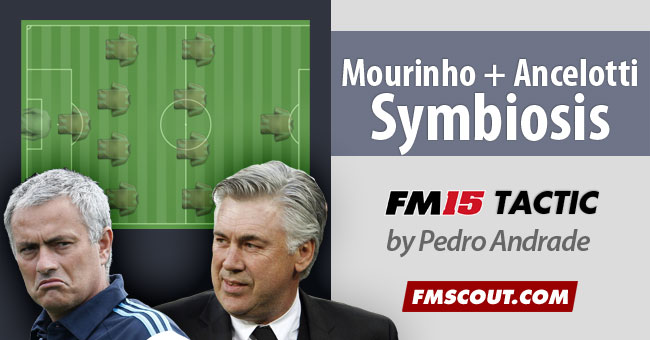 After several days diligently studying the defensive system of the Interzionale 2010 season and Real Madrid counterattack season 2013/14, I think I got the layout tactic that best approximates the syncretism generated by these teams.

Catenaccio is a football tactic, known worldwide for defensivismo and pragmatism. Therefore, many experts argue that the Catenaccio is not really a tactical system, but an ultra strategy game defensivista characterized by excessive retreat of defenses and even the attackers into his own area. And this strategy back to two fundamental prerogatives: defensive solidity and speed on the break.