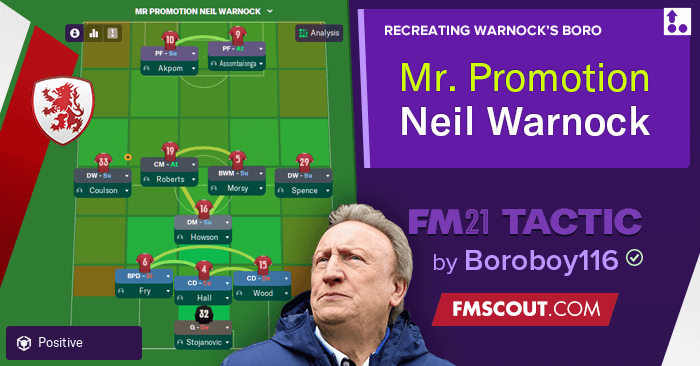 
Neil Warnock is a man that needs no introduction, love him or hate him every football supporter up and down the country has an opinion on Warnock. He is a serial winner with a record to envy, especially in the lower leagues he holds the record for the most promotions in English football with 9. Often he is the man chairmen turn to when in a crisis and more often than not he delivers, he took Cardiff from the depths of relegation to the premier league and now he is doing a similar job at Boro.

Warnock is well renowned for working on a shoestring budget, he is a fantastic man-manager who gets the best out of players when he joined Boro he stated that there were 3 players he wanted to get rid of describing them as the worst players he'd ever seen, a few months later and he now calls them his most important players. His critics will often call him yesterdays man a relic of a bygone era, they label his style of play ugly because he emphasises safety first, his teams don't take unnecessary risks at the back preferring to get the ball forward as quickly as possible using the flanks. As a result, a Warnock team is always well drilled disciplined and hard to beat, as proven so far this season with Middlesbrough having only lost one game and occupying 7th in the league with the best defence in the division.


Warnock uses basic building blocks: a solid backline, a tenacious and mobile midfield and a front end designed for quick counters up the flanks and getting bodies in the box. Warnock loves box to box midfielders who work hard. Boro are more disciplined holding their shape under Warnock, they are compact in defence and counter quickly down the flanks or with the pace of the forwards running in the channels or in behind.

This season Boro have been much more versatile with Warnock using numerous formations, however he has mainly used the 3-1-4-2 formation but with Patrick Roberts back at the club he may shift to using the 4-3-3 or 3-4-3 formation more going forward as was the case last season. The 3 at the back systems seem to suit Boro giving them more security at the back and it appears to suit most of the squad. 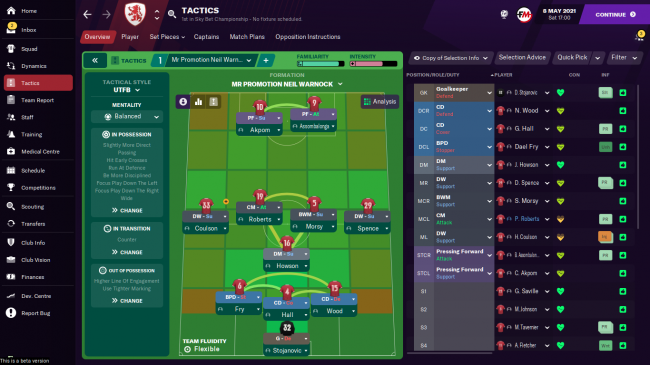 With the ball Warnock loves his teams to get the ball forward as quickly as possible, playing wide with intent before getting the ball into the box, 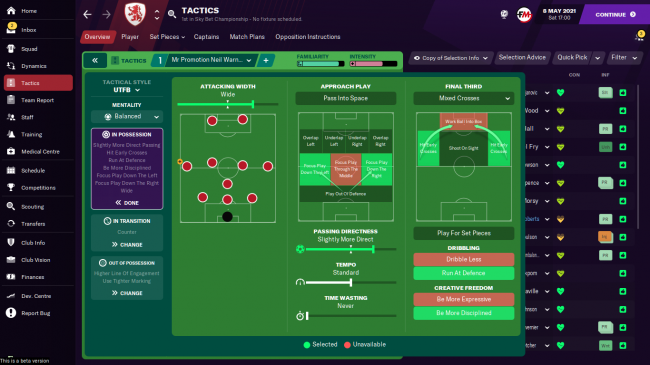 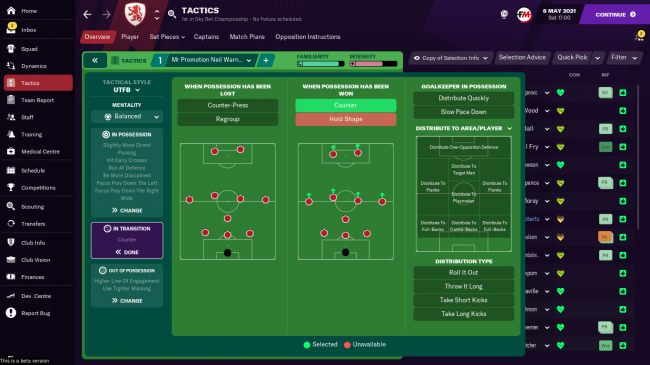 Without the ball Warnock likes his teams to press from the front but without the team losing their defensive shape, the defence holds a normal line not to high and not to low with players going man to man when marking. 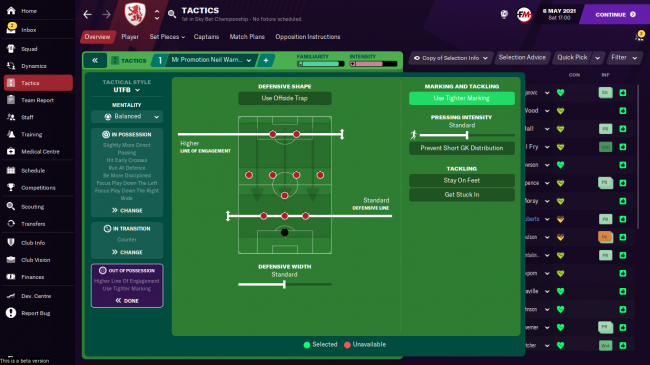 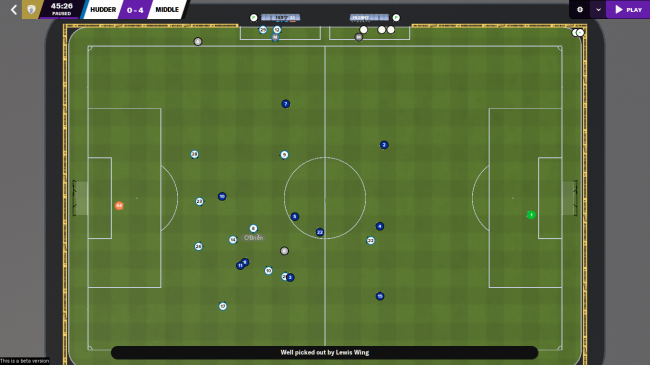 The video below shows the tactic in action.


Absolutely fantastic results were achieved, winning the league with ease with over 100 points with the best attack and defence in the league. 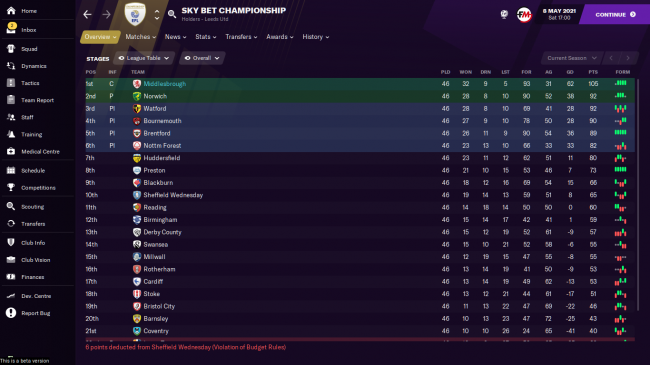 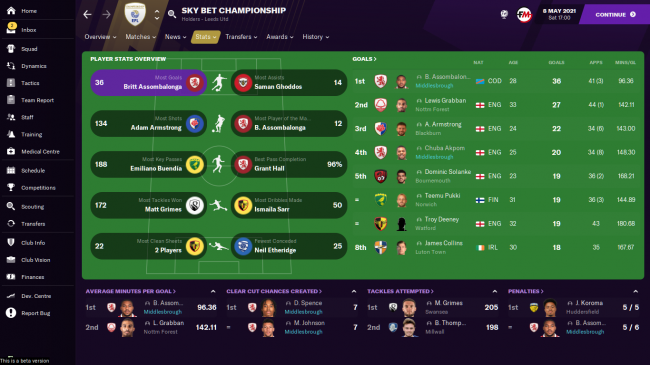 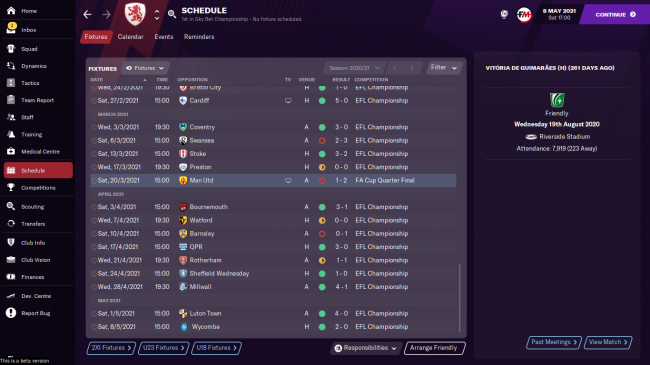 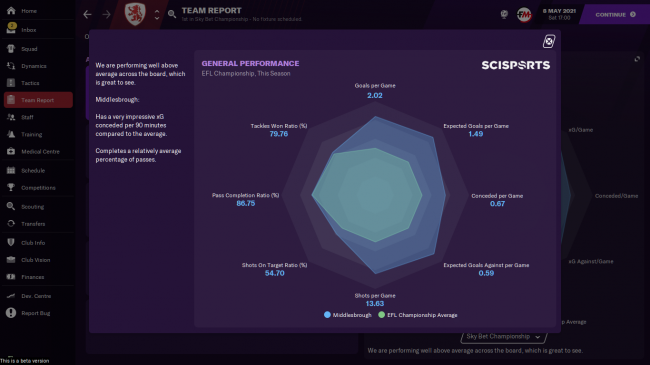 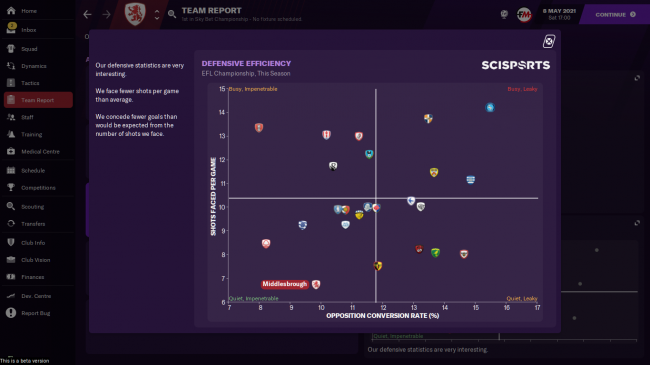 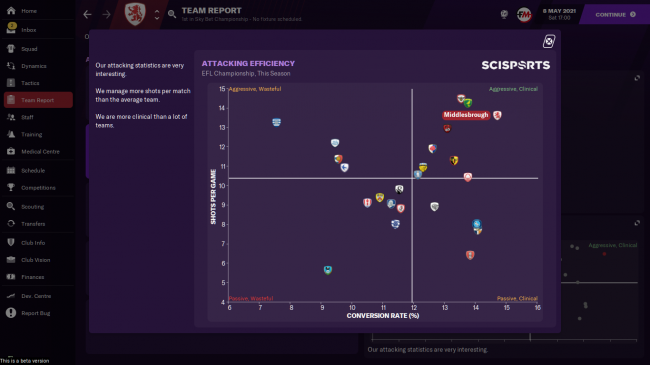