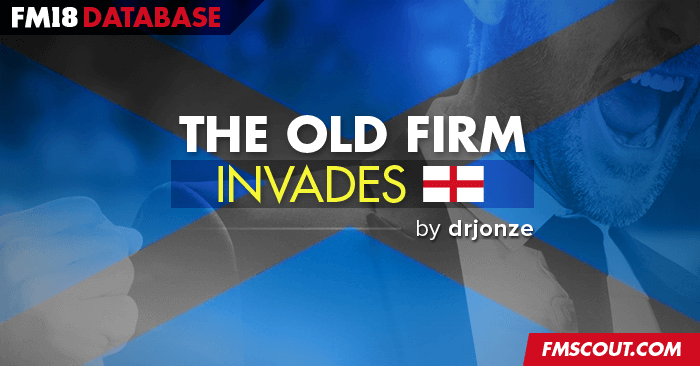 Celtic and Rangers have joined the Premier League. Watford and Burnley have moved to the Scottish Premiership.

League 1,2 and Championship versions available on Steam. The Steam link will take you to my 'Old Firm' collection in the Workshop

Celtic and Rangers have gotten a big boost in income from new sponsorship and TV deals. They have also increased ticket prices. Celtic has a transfer budget of $25,000,000 and Rangers $18,000,000. They both have plenty of room in the wage budget. Balance also increased. I gave them 'mid-table' money.

Celtic and Rangers will play in the FA Cup and the EFL Cup (Carabao Cup) every year. If you add Scotland to your game you will also play in the Scottish league cup (Scottish Communities League Cup) but only in the first year. From season 2 onwards you will only play the two English domestic cups.


-Celtic's place in the Champions League goes to Aberdeen.

-Ranger's place in the Europa league goes to Hearts

Enjoy! Let me know if you have any issues/suggestions